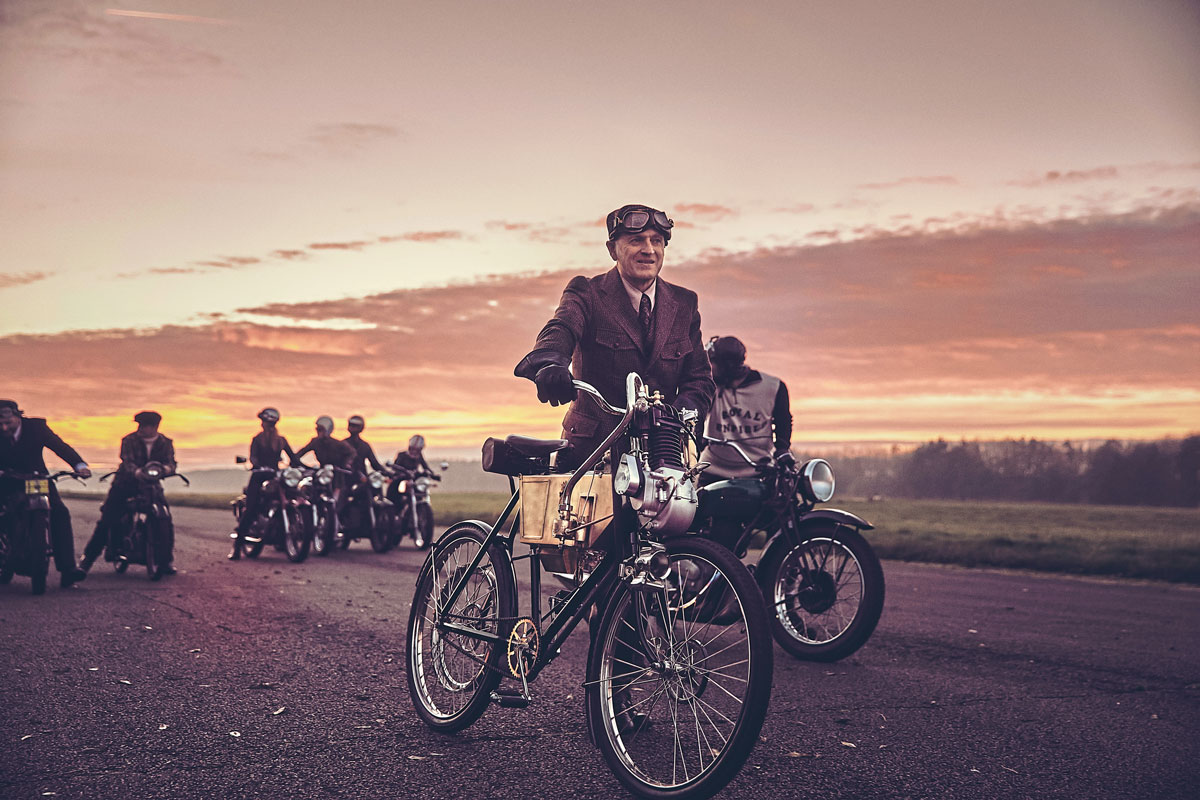 Royal Enfield has been working overtime as part of its 120th Anniversary celebrations to recreate the very first 1901 Royal Enfield from scratch.

With just a few black and white images and some line-drawn advertisements, engineers have built the replica from the ground up, engine included.

The missing piece of Royal Enfield’s history has been dubbed ‘Project Origin’.

The concept came about after a challenge was laid down to the Royal Enfield design and engineering teams by Gordon May, RE’s in-house historian, during a presentation to celebrate the brand’s anniversary.

Part of the presentation focused on the first prototype Enfield motor-bicycle that was developed all the way back in 1901 by Frenchman Jules Gobiet, working hand-in-hand with Royal Enfield’s co-founder and chief designer, Bob Walker Smith. The prototype was displayed at the Stanley Cycle Show in London, in November 1901, the first time any two-wheeled engine-powered Royal Enfield had been displayed to the public.

No working model of this original motorcycle exists and consequently a major piece of the company’s history was missing. Teams at both Royal Enfield UK and the Indian technical centres worked with Harris Performance and experts from the vintage motorcycling community on the project. The engine was built with no reference blueprints or technical diagrams to refer to. The team studied the few photographs and illustrations available from 1901 and developed CAD designs for each component, which were then hand-cast or machined from solid. There are hand turned wooden handles, reproduced band brakes, and the carburettor was also built from scratch.

The tank was handcrafted from a single sheet of brass which was folded, shaped, hammered and soldered using tools and techniques now almost forgotten. The tubular frame was brass-braised by Harris Performance as were as a number of hand-machined brass levers and switches.

Turn of the century period original parts were sourced including the paraffin lamp, the horn, the leather saddle and the wheels which were all reconditioned and nickel plated to give the impression the finished bike had just been unveiled for the first time. Project Origin was unveiled at EICMA in Milan. 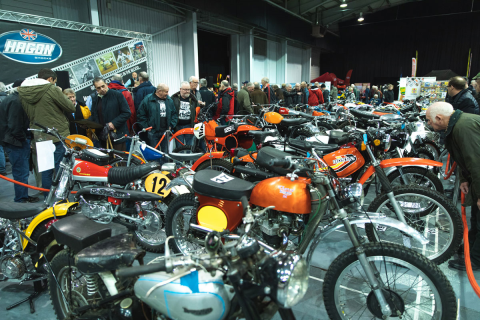 Stunning machines confirmed for the Classic Dirt Bike Show
The event which gets the off-road season off to a flying start is well-known for the astounding range of motorcycles on display from across the UK, and 2022 will be no different!
News - 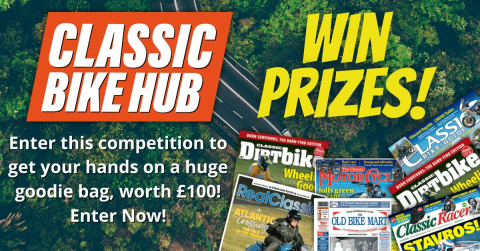 Win a motorcycle goodie bag worth £100!
Here at Classic Bike Hub, we know that our readers love a competition! So, we thought let’s offer some motorcycling goodies for one lucky winner to enjoy.
News - Sam Hewitt 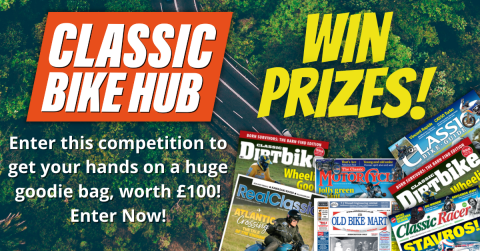 Win a motorcycle goodie bag worth £100!
Here at Classic Bike Hub, we know that our readers love a competition! So, we thought let’s offer some motorcycling goodies for one lucky winner to enjoy.
News - Sam Hewitt
Download the Classic Bike Hub app