How would you remove the carbon from an Eastern Bloc two-stroke exhaust? Two RealClassic readers explain how they tackle the task...

In recent issues of RealClassic there has been some discussion about removing the baffles from an MZ silencer. I've owned and ridden MZs for around twenty years and I can tell you that baffle removal is not impossible and not too difficult.

In the early days I used caustic soda which at its best is not always successful; it needs to be done regularly and at its worst can be very dangerous, particularly when mixing the solution. So NEVER pour water onto the caustic crystals: always add the crystals to the water, being sure to wear eye/face protection and rubber gloves. This solution causes serious burns. In the glass container industry where I worked for many years it was used to clean machine parts and remove carburized oil from glass mould equipment and in that time I have seen some horrific burns during accidents. Caustic soda solution will also dissolve aluminium and its alloys. 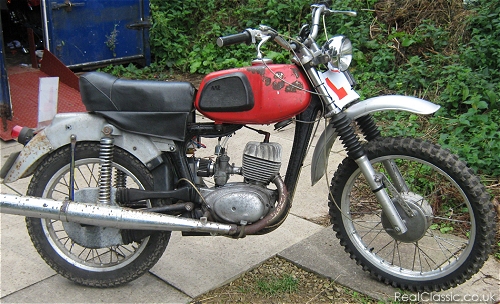 The method of cleaning out a silencer that I prefer to use is quick, as follows:

1) Place the silencer in a vice or workmate, gripping just tight enough to hold it, not hard enough to cause damage.

2) Mark the silencer either side of the weld which is situated in the groove that is normally covered by the silencer hanger clamp. I use a centre punch dot on the silencer underside, but a felt tip pen could be used.

3) Using a full size 12-inch hacksaw, cut either side of the weld, just cutting the outer skin as the baffle block is just below the chrome body skin and is welded to the outer skin. Proceed to work around the silencer by turning the body in the vice until your saw cut meets with its start. It's not as difficult as it sounds. If you actually cut the baffle block a little it won't matter as it is quite thick, but the idea is not to saw straight through the silencer but around it as described.

4) Take hold of the silencer and pull. Twist it apart - it is quite a tight fit particularly when carboned up. Persevere and it will eventually come apart. Next clean the baffle block by poking the carbon out of the holes in the baffle, clean up the outer using a rotary wire brush or emery cloth (which makes for easier reassembly). I usually heat it up with oxy/acetylene torch because I have the facility but a gas blow lamp would do, and just take a bit longer. This burns off the sticky oily deposits and makes the silencer decokes last longer. I know this is not very eco-friendly and it does smell, so please don't use the kitchen stove!

5) Clean out the silencer body, again to aid reassembly, remove any rough edges caused by sawing with a file.

6) Insert the baffle block into the tapered section of silencer, aligning the pop marks.

7) Push or gently tap the parallel silencer body/endcap over the baffle block, again aligning the pop marks until you are left with three pop marks in line and the two outer body parts separated by the width of your sawcuts.

8) Now weld up the sawcut grooves, either by one wide weld or two separate smaller welds.

The damage to the chrome plate should be non-existent outside of the groove if you use a small welding nozzle or a mig or tig welder. I use a mig and this operation takes me approximately 45/60 minutes. Once welded up I paint the welded area with a zinc rich paint and finish around the groove with a heatproof silver paint. When refitted to the bike the rear mounting strap hides the painted area neatly.

The following method is simple (with the right kit) and does not require any dismantling of the baffles, etc. However it is best performed on non-chromed exhausts (unless you appreciate the patina of a slightly 'blued' appearance) and in the open air; don't try this in the shed!

Ideally you would use a gas welding/cutting set (oxy propane or acetylene) but a simple blowtorch will do along with a good air supply, which could be a compressor (with at least a 50 litre air receiver) or a vacuum cleaner that can be used as a blower with the hose attached to the outlet, or even a powerful hairdryer or a leaf blower. I've used a hairdryer on my CZ exhaust to good effect along with a plumber's propane torch.

1) Remove the offending silencer or complete exhaust system, making sure that no heat sensitive parts are left attached to it.

2) Wedge it up on bricks or similar heat resistant materials.

3) Light the torch and use it to heat the inside at the front of the pipe/silencer ; any oil will start to burn off and the carbon deposits will begin to glow red and burn. Once the carbon is well alight, switch off the gas and move to pure oxygen, or (as most of us don't have oxygen on tap) fire up your air blowing device and direct it into the opening.

4) The carbon will glow brightly and burn off the inside of the silencer and baffles, the burn front moving down the pipe raising the metal to almost red heat (hence blueing any chrome) and producing SPECTACULAR quantities of white smoke (hence this is an outdoor activity, best enjoyed when the neighbours don't have any washing out), until the burn front reaches the end and the smoke stops. Switch or turn off the air.

Once the exhaust has cooled, tapping gently will remove the white ash which is all that remains of the carbon (think barbeque ash and you get the picture). Any paint finish may need replacing at this stage. Refit the exhaust and you're good for a few more thousand miles. 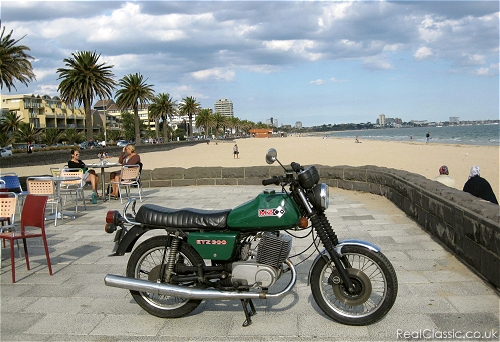 I've used this technique on my CZ 175 (chromed) exhaust system and my VeloSolex mopeds' (matt black) exhausts with great success. Points to note are to get the pipe proper hot (a technical term) before you turn the air on and, if using a hair dryer, to ensure that her indoors is somewhere else before you appropriate the Morphy Richards (and remember to wipe off any incriminating greasy fingerprints before you return it).

Finally, this method does not involve the use of dangerous chemicals (I thoroughly endorse Tony Pearson's remarks regarding safety procedures with caustic soda; it's nasty stuff) and is far more pyrotechnically satisfying which, let's face it, is the fun part! 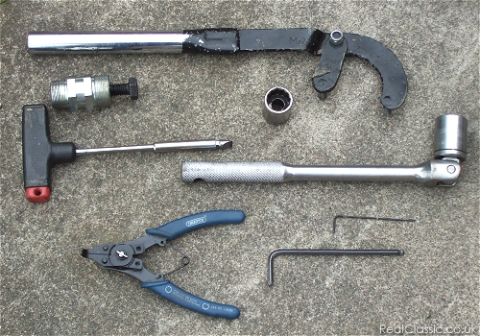 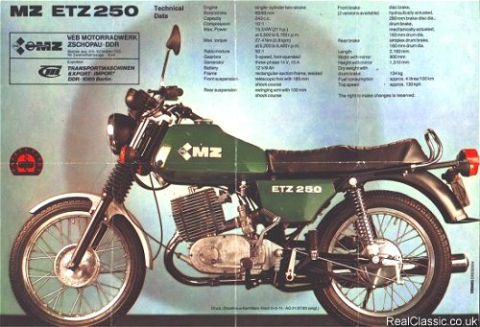 MZ ETZ 250 Tuning
Derek Pickard looks at the stock MZ250 carb situation, tries the alternatives, finds what works and gives the details of how to make your ETZ run super sweet...
Workshop - 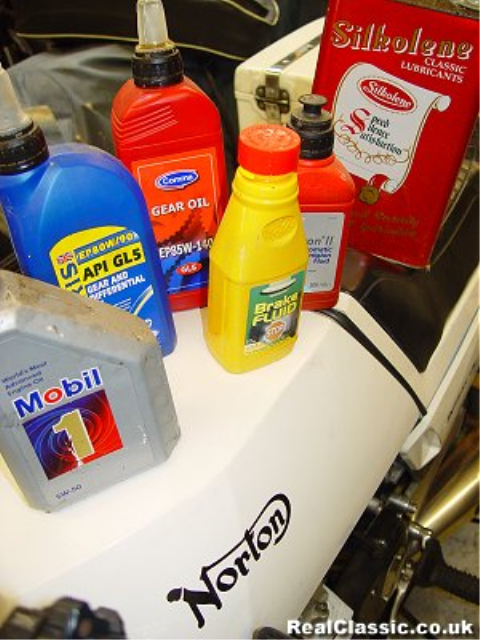 Norton Oils, Fuels and Other Liquids
Many classic bike specialists run a technical helpline, and they're often asked exactly the same question. So we investigated: what's the most common technical question asked about Norton Commandosâ€¦?
Workshop - 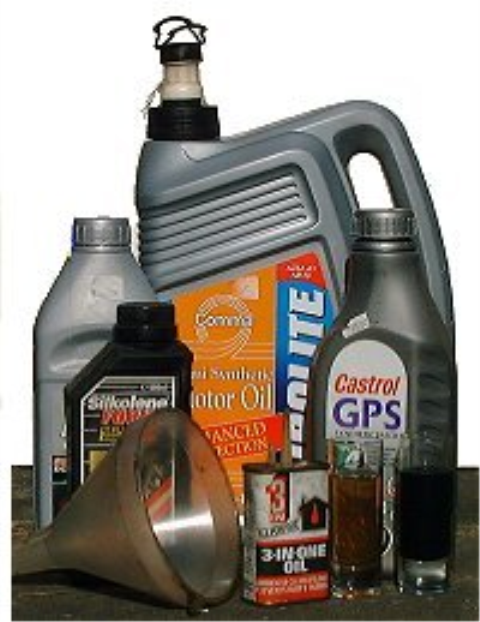 Techniques: The Oil Truth
There are probably more myths and misconceptions about oil and lubrication than any other subject in motorcycling. Gerry Bristow attempts to set straight some of the errors that masquerade as facts...
Workshop -
Download the Classic Bike Hub app