In this video TCM editor James explains the history of this rare motorcycle and also singles out a beautifully restored 1926 Brough SS80-100 for a technical teach in. That\'s not a misprint, because it started life as an SS80 but the engine was replaced with the overhead valve SS100 powerplant later on in its life. 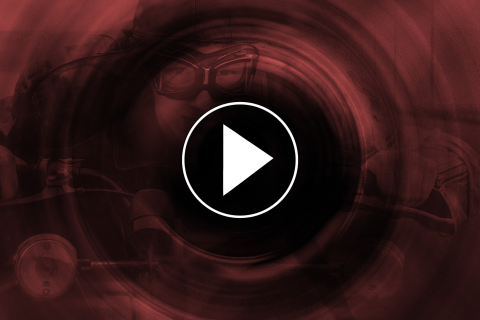 International Dirt Bike Show quizzes Honda on all-new CRF250R
Lucas Harris gets a technical overview of Honda's latest CRF250R on its launch in the Czech Republic. See the bike in the flesh at this year's Dirt Bike Show
Video - Mortons Media

Walkabout at Bristol Show
Editor of TCM James Robinson checks out a pair of Broughs on the Bonhams stand and explains the differences between a slimline and wideline Featherbed frame...
Video - Joe Dick and James Robinson
Download the Classic Bike Hub app