John (Midnight Mouse) Downie rides a 650 twin which has never let him down, and he normally rides it on a continent where rain is almost unheard of. So...

I seldom get two days off a week. So when the boss offered me two days, and neither of my family wanted to share it with me, I was excited as hell that I was off on a long run. Ready to go early Saturday morning I filled the 650cc tank with fuel and... it leaked.

Simple. Just sandblast and run a thick epoxy over the base, spray bomb and be gone in a couple of hours.

The shop sold me dried-up epoxy filler. The curse of small towns is only having one shop.

So I bought and used fibreglass epoxy; really runny and as the tank base, upside down, cambers away from the centre, I just couldn't get it to stay along the seam where I wanted it. The runny epoxy still got under the masking tape used to dam it from running down the outsides of the tank though.

It took ages to cure, but when it went off, there was a really nice smooth finish.

Then I added another layer and waited again.

I cleaned up, sanded the edges, sanded off the mess made when wiping the runs up/down the tank side, finally undercoating and top coating. I prefer enamel, but lacquer is quick drying.

Put it back on the bike. It is now Saturday night.

Wake up and find that the epoxy didn't set at all. Clean. Go to the next town and get some five minute Araldite.

All I want now is a ride. I need an adrenaline fix to cure a really bad week. A good hard ride is required!

I don't even paint the fix. The tank is on the bike and the fuel is not escaping. BUT...

It is now Sunday lunch and I must go for the ride. Forget the food, have a quick cuppa tea and go to the garage for fresh petrol. Tanked up, I leave and go to the worse intersection in the world, in this humble village, where the motor dies. The 4x4 behind me is driven by a rare, astute owner and reverses down the steep hill enough for me to get out of his way.

I remove the fuse and other positive wires looking for a break, I find the negative battery contact had unscrewed (just back from the auto-electrician).

The sun is bright, the air is hot and I'm finally on my way, wearing boots, gloves and a T-shirt. My jacket is pig skin; pigs and I share 98.73% of the same genes, so stop your reprimands right there, I am almost a pig, indeed when I regularly burn myself, I am amazed how much like roast pork the aroma of my flesh is.

I was 10 minutes into the ride when rain came down. I looked into the sky where black and grey clouds filled the bright blue void of seconds ago. Hey, I am ** years old, and don't care about the wet. It is still warm and the stinging isn't that bad at 60mph.

I turn off the highway 10 minutes later and start the winding scenic route that I have dreamed of for the last week. Now I should explain that I have owned this bike since new in 1973 and while it was running well, it was not right. To you it would be good, but to me it was talking back. At one point it even missed a fire. So in a period of less rain I stopped, miles from anywhere. The motor stalled. It just doesn't do that. I looked down and fuel was pouring from the right fuel pipe.

Yoiks. Taps off, push the pipe back on, turn the taps on again and fuel still piddling everywhere. Why? I had no idea. Off came the tank. Off came the cock in the tank and the seal looked perfect. Off came the back and -- was that screw looser than it should be? Fuel came from everywhere, as I tipped the tank up at the rear to work on the taps it came out of the filler cap. Put it down level and it poured out of the cock. I decided I'd go straight home and hope I'd have enough fuel and no sparks to ignite the leak.

That is when the leaks stopped.

Great! Tank returned, tools away and kick. No life. No matter what. Petrol in the carbs. Carbs off to check for blocked jets, good sparks; but not even a poof from the exhaust. In 33 years, I had never known this bike to let me down. I was even telling it that it was disgracing itself. Then the pilot light went off. I checked the battery and that was tight. I removed all the covers again and played with the wires.

Still no joy. I watered a tree and returned to see the pilot light glowing green. I kicked. No joy. After lots of thinking and fiddling, I agreed that home was next, forget the run. I put neat fuel into each barrel and the bike roared. It idled, it roared, it ran.

Everything was great. I checked the fuel level and had enough for the run and looked forward to exploring, when it stopped again. Three kicks later I said to myself that no mater what happens next, I will go straight home. The next kick it started, got me home and ran as well as it ever has.

I am now a convert to fatalism. I'll swear that bike was doing everything in its command to stop me having a hoon this weekend. It knew something.

Trouble is, I can't decide whether it was protecting me -- or itself? 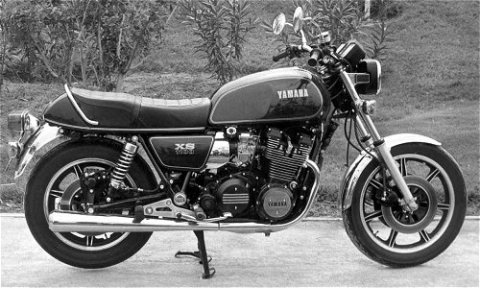 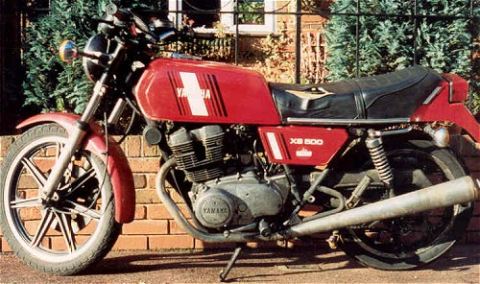 Yamaha XS500
Andy Sochanik likes unusual bikes -- which is just as well, seeing as his go-to-work motorcycle is one of the least-loved members of the XS family. Not that it's given him any trouble, you understand...
Reviews - 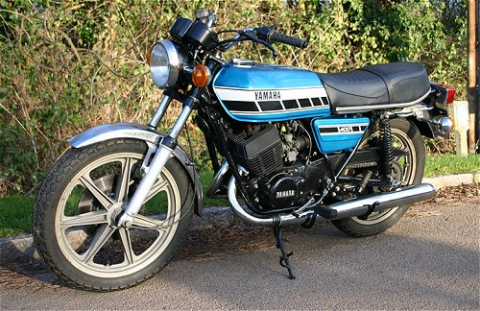 Yamaha RD400
Before there was Elsie, Yamaha built an equally memorable two-stroke tearaway. Anarchy shows us his 400C...
Reviews - 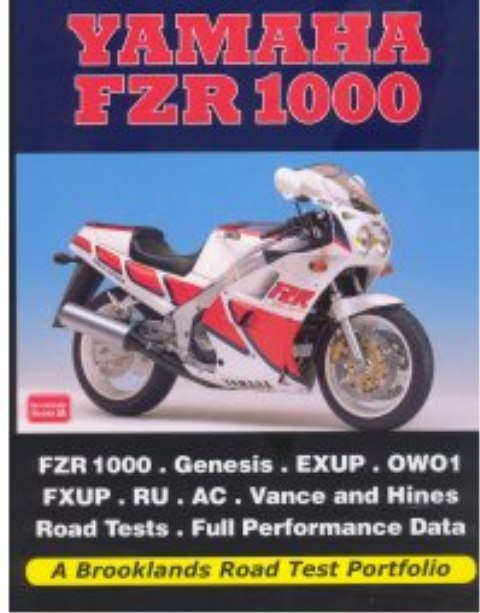