You might think that taking home a trophy would be enough excitement for one day. But Ian Pointon's Velo Venom attracted more attention than he expected at the Post-TT meet...

What could top being presented with the Best Bike award at the Mallory Park Post-TT race meeting? You'll find out soon enough. But first, we need to nip back in time by three decades or so to when Ian Pointon bought his Mk2 Clubman for £330. He already owned a Venom Sports and knew that he wanted another bike of the marque ('It's a Velo! I just like big singles...'), feeling comfortably familiar with the Velo's handling and brakes, and the ease with which he could ride it thanks in part to its light controls. Ian also appreciated the Venom's quality of workmanship and the bike's lustrous, hard-wearing paintwork.

The Venom was in pretty good trim back then, as 'it had been owned by an enthusiast.' Ian proceeded to rack up the mileage, covering over 70,000 miles as the years rolled by. Over all that distance the Velo was never unreliable and it was in constant use, as he explains; 'The bike was originally used for everyday transport all year round, as well as touring and rally-going - including one Elephant Rally at the Nurburgring, plus numerous TT and Manx GPs.' 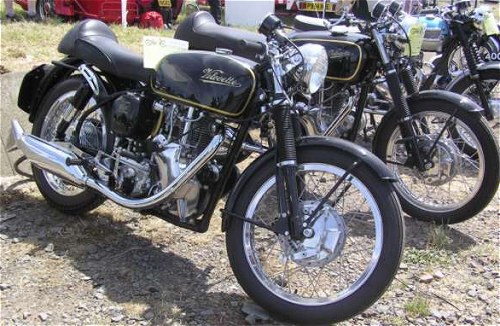 Eventually, however, time and miles took their inevitable toll and 'it was completely worn out!' So around 10 years ago Ian decided to breathe new life into the old beast and treat it to a complete refurbishment. 'Everything has been done,' he says: 'and I mean EVERYTHING. It was a complete nut and bolt job; wheels, all the bearings, engine (with unleaded seats), gearbox, all the electrics, with a Boyer ignition and Criterion alternator, paintwork, chrome - the lot.'

Ian did most of the work himself, calling on a friend to help with the electrics and Dave Morris to do the bottom end. With the job done he's rebuilt the Venom as a prize-winning but completely practical classic motorcycle. He heartily recommends the Criterion 12v alternator (£300 but worth it), the Cibie light, Bob Higgs oil filter (available from the Velocette Club's spares scheme at a cost of £28), and the Thruxton cylinder head combined with an Amal MkII Concentric carb.

'I've now got a classic bike with all the modern equipment to make it very usable in today's traffic conditions - and I can see to ride at night!' 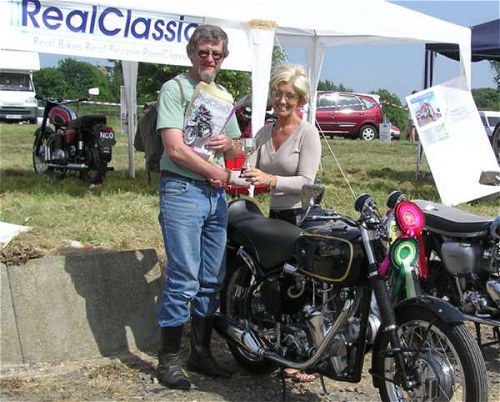 But that's only half the story. While Ian was enjoying the racing at Mallory and his bike was collecting a concours award, there was something else going on, too...

'It was very nice to win the concours at Mallory Park but something else happened that day which put the icing on the cake. It meant so much to me. I found a notice on the bike's headlamp which said that the Venom's original owner was also at the Post TT meeting that day. I am only the bike's second owner and have owned it for 33 years.

'After a mobile phone call, the first owner made himself known and presented me with the original invoice for the bike.'

So Ian discovered that the Venom had cost £372.14.2 and was sold by AH Tooley of Lee in London on the 10th of January 1969. The cost rose to over £395 in total with road tax, petrol, oil and numberplates, a stop light and a rear carrier and luggage.

'I didn't know what to say, I was so taken aback. 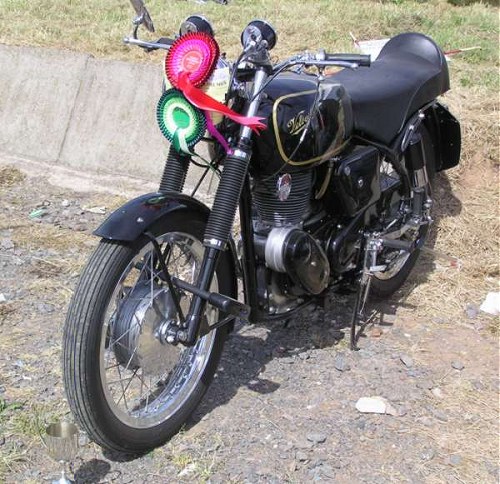 'We had a good chat and it transpired that he had been looking for his old Velo for the past 30 years, so he could give its current owner the original invoice. Every time he went to a show or an event he would put the invoice in his wallet, hoping he would find the machine.

'He couldn't believe it when he saw the bike's numberplate at Mallory. This was the first time he'd been back to Mallory in almost 30 years, and the first time the bike had been there in a decade, as I've been restoring it. What a coincidence!

'I asked him why he thought, after all these years, that his old bike would still be around. He replied with a grin that, well, it IS a Velocette.

'My grateful thanks go to Brian Pettis, then.' 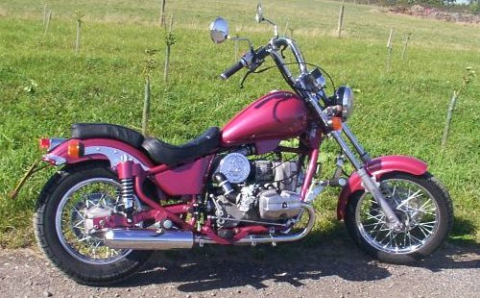 Ural 750s
Forget what you think you know about Ural motorcycles. Today's 745cc flat twins come with electric start, a Brembo front brake and decent dealer back-up. Steve The Tovarich ventured behind the Iron Curtain (not) for a quick spin...
Reviews - 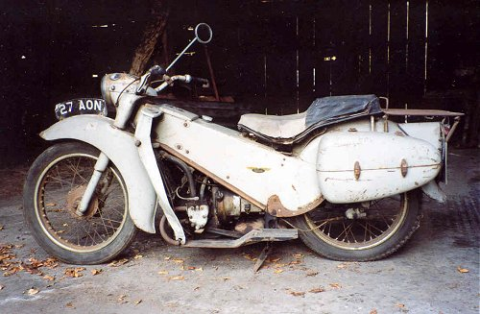 The Lively LE
There once was a day when an everso 'umble Velo LE overtook an Enfield Interceptor. Mick Merrick was there, but rather wishes he hadn't been...
Reviews - 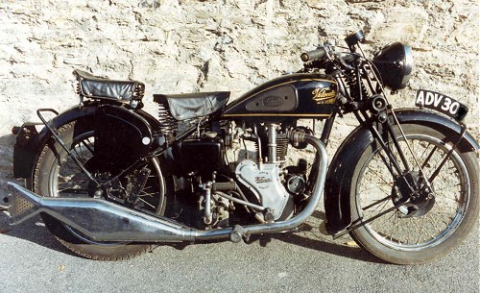 Velocette 350 Mac
'Just give me the facts, ma'am, just the facts'. In that frame of mind, we present a new, rapid-fire format of real classic bike guides for your delectation...
Reviews - 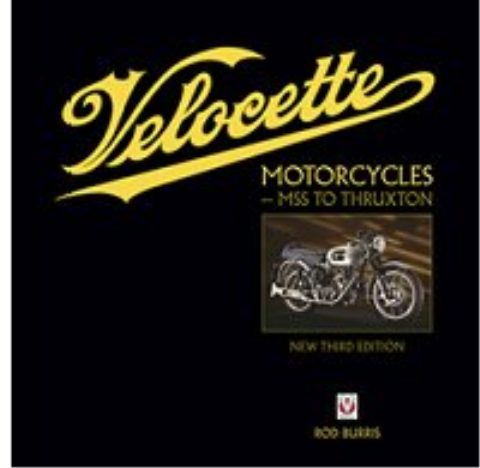