When we put together a feature for the magazine about the Seeley Honda 750 of the late 1970s, there were some photos which we didn't have space for. And then, even more info arrived...

The January 2006 issue of RealClassic magazine features two (count 'em!) examples of the Seeley breed - and one of them is the blue version you see here. It's owned by Michael HÃ¼by, an Austrian owner and Seeley enthusiast. Michael not only uses the Seeley as his regular road bike, and takes it out on track days too, but he led his class in the Classic Superbike Championship in Germany last year. 'The bike is really fast', says Mick. 'I always can compete with the more modern bikes, even if they run slicks and USD forks with big brakes.'

That proves what a great job Colin Seeley did back in 1975 when he transplanted Honda's 70bhp CB750 F2 engine into a British-built cafÃ©-racer chassis. Seeley wanted to make a bike which was lighter, better handling and better looking than the standard CB. As a bonus, the Seeley machines were also easier to work on and offered a lower seat height than Honda's original. The kits cost £1295 in 1977, and suited the F1, F2 or K-series CB750s of the era. Despite the expense, it was an attractive proposition for sports riders of the day as Roland Brown explains;

'By 1977 Honda had reached the K7 model, and that bike's smoothness was still an asset for gentle use. But its suspension gave a hairy ride if pushed hard on bumpy roads. Compared with the like of Suzuki's twin-cam GS750 and even Kawasaki's popular Z650, the venerable CB showed its age.' 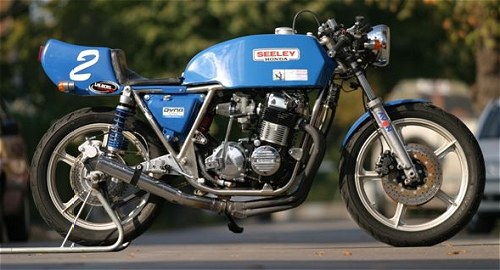 Although Honda Japan weren't too interested in tweaking their successful CB, the rash of British built specials which were based around the 750 gave Honda Britain pause for thought. 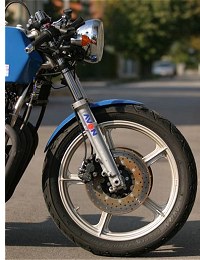 Dave Degen's Dresda workshop produced one of the first in 1972; a sleek, semi-faired cafÃ© racer with twin discs which weighed 45kg less than the standard bike and which could see nearly 130mph.

Rickman too built a special chassis for the CB, using Reynolds tubing, while other firms set to work boring out the engine. Once Colin Seeley had showed how successful his CB special could be, Honda cracked and asked him to build a Phil Read replica in honour of their world champion.

However, those bikes were not significantly lighter or faster than the standard CBs... so for many purists the Seeley Honda is the One To Have. 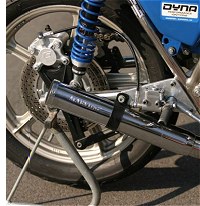 The Seeley Hondas were sold in 12 different countries, including Japan, Germany and Spain - Mick's bike was made in October 1978 for the German importer, Birke.

Nearly 30 years later, Mick is still lovin' it; 'This is the bike which brought the riding fun back into my life, because it is so pure. It's both modern and old-fashioned at the same time. And the frame is way better finished than a Rickman one. and has the better geometry. And it is quite rare, compared with a Rickman... I love it!' 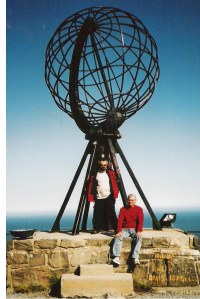 He's not the only one. Fans of Japanese classics will inevitably have met the redoubtable John Kenworthy of Sunrise Graphics (www.sunrise graphics.co.uk) at some show or jumble. John also owns a Seeley Honda - and it too has clocked up some miles with him aboard it. The photos here show the bike, John and his riding companion at Nord Kapp, some 3000 metres above sea level! Brrrr.

John knows a fair bit about the breed, too, and has answered our query about exactly the number of Seeley specials built in the 70s.

'Colin produced only 300 frame kits, numbered 501 to 802. Some of these were sold as complete bikes but most as kits. Prior to making the F-series kits, Colin made six prototype K2 machines for Dixon Racing.

'How do I know this? In the mid 1980s I ran the Seeley Register within the VJMC, and Colin wrote to me giving details of the history of the CB750 Seeley Hondas.

'My own Seeley is number 737. It was first registered in 1979 and I've owned it since 1981. It's not quite as shiny as the one in the article as it has the patina of age upon it, and not altogether standard, but it works for me. 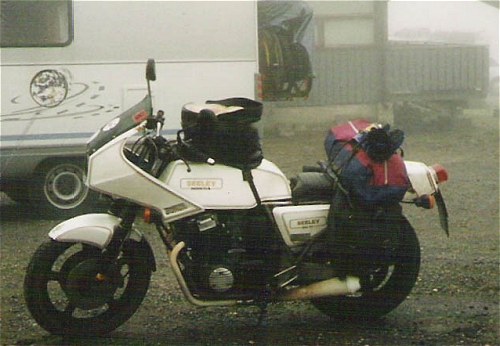 'In the last 25 years we've had some great adventures together, touring around the British Isles, in 1990 the National Rally for Special Gold and a trip to Berlin with the late Don Leeson six months after the Wall came down. In 2003, to celebrate the 21st birthday of VJMC and my 50th, we took a 4000 mile, three and a half week journey around Norway where we crossed the Arctic Circle by road on the way up to Nord Kapp

Sure thing, John... fancy a trip to the West Country? 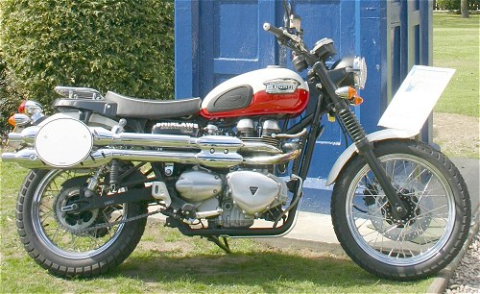 2006 Triumph Bonneville Scrambler
Opinion has been widely divided about the merits of the modern Bonnie Scrambler. BikerBabe has to make her mind up. She loves it. She loves it not...
Reviews - 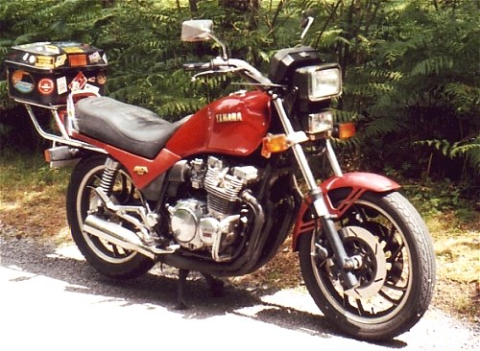 Yamaha XJ750 Seca
Yamaha's 750-4 from the early Eighties was never top of the best-seller list, but then Jim Peace has never been one to run with the herd. He reckons you could go a lot further and do a lot worse...
Reviews - 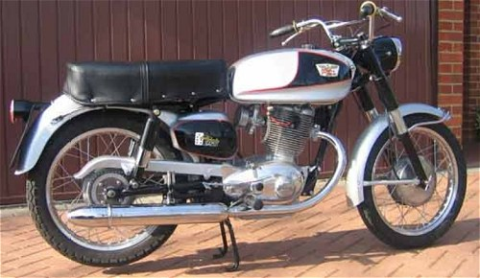 1967 Moto Morini 250 GTI Settebello
Bill Wood took a real risk with his first Italian classic bike. A basketcase rebuild - and a really unusual model, at that. Is he please with the results?
Reviews - 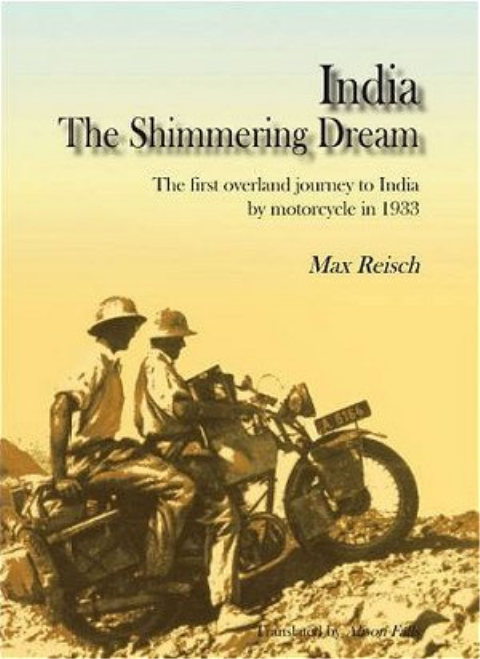 India, The Shimmering Dream by Max Reisch
In 1933, two students were the first people to ride a motorcycle overland from Europe to India. Their epic adventure aboard a 250cc two-stroke has finally been published in English...
Reviews -
Download the Classic Bike Hub app