After reading various roadtests, Aged P actually bought one. He shares his first impressions of the Enfield Sixty-5 and gives some Real Classic Motorcycle advice to other prospective returning riders...

Bear in mind that, after many years away from bikes and biking, I regard myself now as a 'returning novice', and I never was much good on technical matters. However, there may be other people like me out there, who look at this website and are thinking about having another go, and this really is aimed at them.

Why a Royal Enfield? Well, I started with one back in 1962, a girder fork, ex-WD 350, with a clunky box. At sixteen I was riding it highly illegally without all sorts of things, but life was more tolerant then. I loved it. So I decided I would finish where I started. Also, beloved daughter had just got herself a 'classic' Bullet 500 and was going all gooey over it. 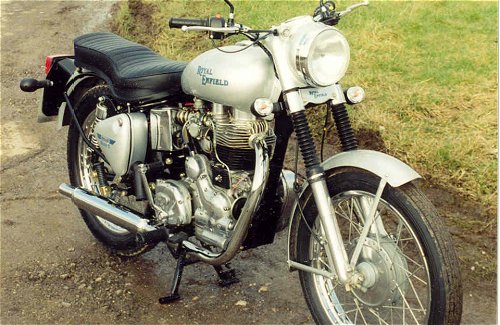 When I looked at what was available, the latest model, the Sixty-5, seemed more suited to the slightly more mature and inevitably a bit more hesitant rider. Electric start, updated gearbox with left foot change, improved brakes, and some styling changes, all very nice. It was the electric start and gearbox change-over that sold me on it, though. My days of thrusting frantically at the kickstart of a stalled bike in a stream of traffic are long gone -- and yes it does happen, we've all done it!

Likewise, I just wanted to ride the bike without any fuss. Whatever the experts say, there is an art to changing gear on what was a very old design of box. That has to be learned, or in my case, re-learned, and I'm lazy! I hasten to add that I am not putting down the 'old' Bullet, long may it thrive, of which more later.

So, to the meat of it. I've got my bike, a silver one, and have been riding it for a few days, good long sessions on mixed country roads, A and B-roads mostly with some light town work. Good for me to get into some traffic, and I had to fill up after running out of main and coming home on reserve yesterday! Silly, but there you go!

I decided to write this after only owing the Bullet for a short time because I find first impressions are usually the clearest. After a week or so, you know what the bike is like and your memory of how you felt on that first trip or two is not really accurate. As I said, this is for RealClassic readers who might be wondering if going back to biking really is for them and aren't quite sure what it will feel like. Test rides are fine, but it ain't the same as when you get on it at the dealers - gulp -- and then ride it out and away with that sense of being out there on your own. 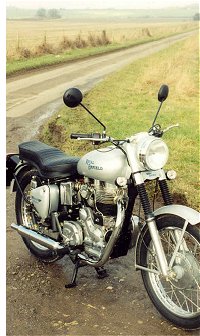 The Sixty-5 is a pretty good bike for those coming back to motorcycles, or for anyone who doesn't want a high-revving plastic and glassfibre covered modern bike. It's big enough with its 500 engine to thump you away in the lower gears with a reassuring feeling of power, and will cruise comfortably at fifty, fifty-five. I haven't tried it out yet any faster 'cause I'm still running it in.

The gears are as advertised, good and crisp. You do need to be positive with your change; a fairy-footed fumble can leave you revving and going nowhere, but that's operator error and not the bike. You genuinely can just get on it and ride it away quite comfortably. After five minutes you feel quite at home with the change and start doing it almost without thinking, if you know what I mean.

Brakes, are usually one of the most important things which us returnees want to know about after years of car driving. My son, who rides one of those high revving jobs with discs all over it, had a little ride up the road on mine and came back saying; 'You have to think about the braking, don't you?' Well, yes you do. You ride with anticipation and always need to be ready to stop in the available distance!

The seat is really comfortable, I was on it for three hours nearly non-stop today, and got off still able to feel my bum. The suspension is fine as far as I am concerned, no horrible vibration or dodgy bouncing over drains and potholes. I can't really compare it with anything current except a Honda 125 and Suzuki 500 which I rode on my 'returning riders' course, and it's better than the 125 and at least as good as the Susie. Ta Emm!

If I wanted to be picky about the build quality and the finish, well, you can find little things here and there, some tooling marks, a couple of nicks in the castings, maybe the paint job could be better, but all in all, I'm happy with it. After all, they are not expensive bikes these days.

Thinking back to my early days, and looking at Emm's Bullet, I do hope that Royal Enfield leave development of the Bullet where it is. The Sixty-5 is fine as a logical progression, but I hope the old version goes on being made and sold as long as there are bikes on the road. Perhaps the next stage could be to resurrect another Royal Enfield model, a twin maybe. Hmmmm, I could fancy one of those. Anyone like to recommend which model we should start to lobby for?

For me, and I hope for others like me, the Sixty-5 is a really good way of coming back to biking, with the flavour of the way it was and some of the convenience of modern bikes. Go on, take a course, what can you lose by having another go at that? If you like it (and be sure you feel safe enough to be happy with today's traffic, it is different out there!), then the Sixty-5s are good bikes to get you back on the road.

Thanks to all from the message board for their good wishes while I got back on the road. Must get onto Emm about these bikes she's been riding recently -- Boxer engine, 750cc Russian and Chinese copies of a 1940 BMW? Whatever is the girl thinking about? Mind you it has possibilities...! 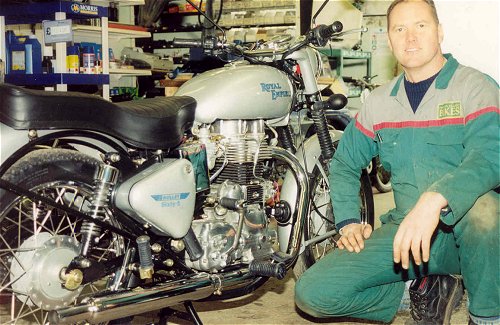 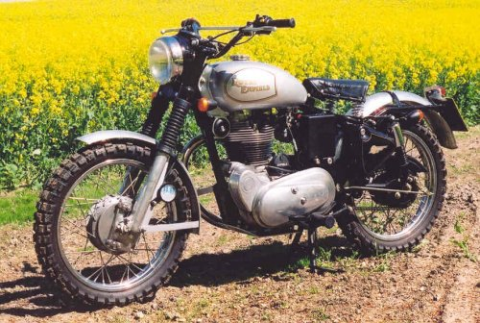 Royal Enfield Trials Bullet
Steve Wilson didn't really need to ride another Enfield straight away, but we wanted to do the 'out standing in his field' joke. So he just had to go a-trialling-oh...
Reviews - 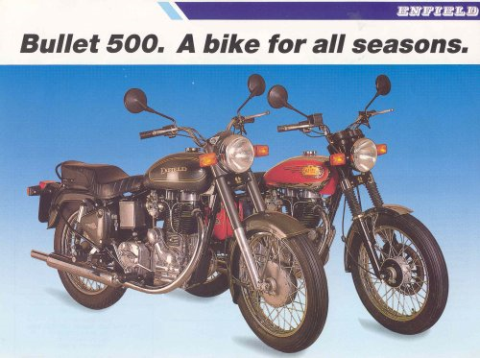 Royal Enfield Bullet 500. Again.
We feel that everyone should be told how Emm's adventures with her Royal Enfield are progressing (even though we run the risk of becoming RealBullet.co.uk). This time, she gets in a bit of a flap...
Reviews - 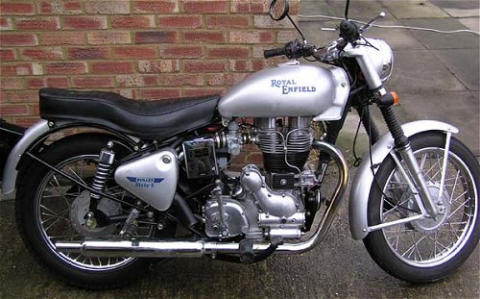 Bikes: Royal Enfield Sixy-5
You need to possess a certain sort of Something to really enjoy owning and riding a classic bike. Does Steve The Toast have that Something? He's probably going to self-destruct in the attempt to find out...
Reviews - 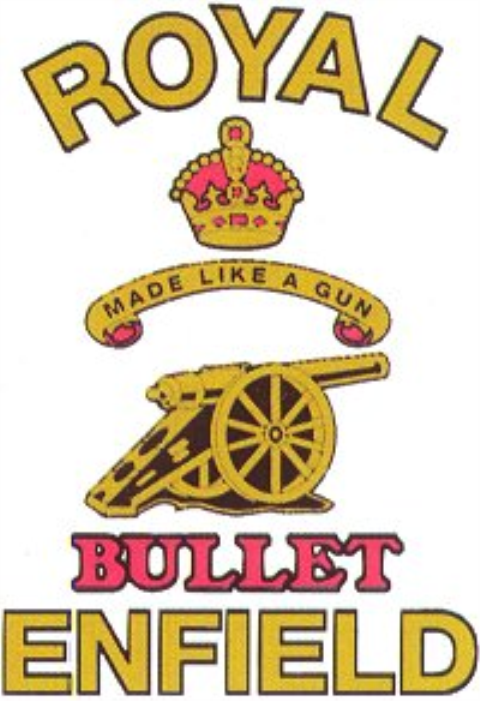 Bikes: Royal Enfield Bullet 500
What happens when you combine classic motorcycle wiring and feminine intuition? Emm lights the blue touch paper and we should all stand well back...
Reviews -
Download the Classic Bike Hub app