We've just ridden a much-modded Duke Darmah for the magazine, but back in 1978 Dave Minton rode one of the very first of the breed to leave the factory. And he thought it was really rather good...

If you accept that riding in freak rainstorms can provide enough information with which to formulate an opinion, and if you can overlook the hoary old shaft-drive versus chain-drive controversy, and if you ignore the fact that I hated the ride because of the foul weather, then perhaps you might have believed me back in 1978 when I said that the Ducati Darmah was probably the best roadster in production anywhere in the world at the time, regardless of price.

'Nah,' you say. 'Italian bikes might have the heart and soul of an angel, but the damn things hide them under the character of the Devil himself - too nasty round the edges.'

Sure enough the Japanese made super-smoothies full of glamour and durability while the Italians provided machismo for the speed buffs willing to accept their dismal fringe benefits. Italy was losing the battle for Japan was trying hard in the high speed stability stakes, and starting to win, too. 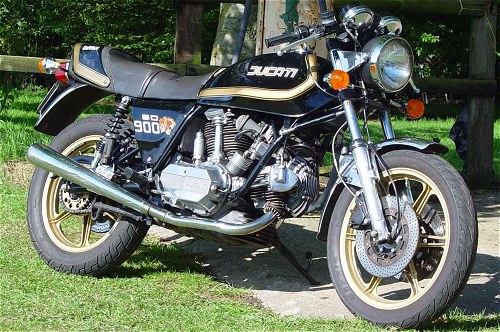 The improved 860 GTL Ducati gave us the first hint of what might come out of Bologna. Then the Darmah was announced as being an amalgam of 900 SS engine and GTL frame parts and most of us fully expected something typically Ducati. No one was anticipating the improved quality which had been incorporated into the Darmah. I found smooth paintwork without the slightest hint of orange peel pimpling. The chrome looked better, too, without the scratchy grey appearance common on Italian machines of the era.

Then I noticed the big Bosch quartz halogen headlamps and then Nippon Denso instruments and switchgear. Cast wheels by Campagnolo; a prop stand; a new transistorised Bosch ignition system, combined with the usual Ducati adoption of the best around, such as a set of nicely rusted Brembo discs, Marzocchi suspension and a trusty set of Michelin boots.

On top of that I observed the low seat and the painstakingly positioned footrests just behind a vertical line from the seat nose and how naturally they balanced with the short, near-flat handlebar. It made me wonder about the ultimate performance of the thing if it all harmonised into a package as well as I thought it might.

Glistening with the warm, icy appeal of an early Z1, finished like an old BMW, purposeful as a Velo Thruxton. The whole thing was right, exactly, beautifully, correctly balanced into a single flowing moment that spelled perfection. As the engine was a blood relation of the unfettered 900 SS it might be assumed the Darmah would also be of that type.

I had but one day in pouring rain for performance timing with the Darmah, when a few attempts to promote decent sprint times provoked vicious wheelspins with consequent camber slides and slow times, so that nothing more than 102.5mph was possible. More speed was available; only the rider baulked at the task of reaching the estimated 126mph ultimate. At the other end of the scale the Ducati pulled from 800rpm in top gear, travelling at less than 15mph. 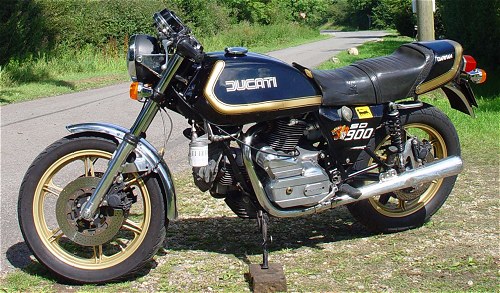 The saddle was low, at around 737mm, so a rider could tuck in low and scud round bends like no man on any other big mover could do just then. The handlebar was flat and narrow so it promoted not only a good riding position but also a feeling of confidence. The steering damper, however, was an extra which positively detracted from handling by causing low speed, heavy weaving. Why it was fitted to a machine with the finest chassis in the business is something that doubtless puzzled Taglioni, its creator, as much as anyone!

The footrests were mounted semi-rearwards, somewhere between road-racing position and normal sports roadster. Giving a fleeting intro to them a man could claim discomfort because of the unusually rearward slanted angle of his legs, but given fifty miles of fast road he would appreciate the reasoning behind them. Line-changing became so blessedly simple its delights finally overwhelmed all other aspects of riding until it proved difficult not to, even in circumstances where it wasn't needed.

That was good, but the narrow, firm tailoring of the seat padding wasn't. Time was, when the Italians made the best dual seats around. Yet the SD's seat was too narrow and too firm, so I found myself not far short of balancing across it.

Similarly, the instrumentation was pretty but full of those useless geegaws beloved by Japanese and Americans - stand warning light, main lighting and headlamp mean beam lights, as well as the neutral indicator. Few big Duke riders required such juvenile equipment. Far better would have been an ammeter and an oil temperature gauge. The so-called generator light was in fact a battery light which indicated whether the battery was fully charged by going out, or if it was in the process of being charged by staying on, Confusing.

Not so the brakes, thanks to Brembo's refusal to conform to stainless steel idolatry. Rusty the Darmah's big Brembos were, but so safe and comforting in bad conditions. As for dry weather power; well it all depended on your neck and that's all there is to it. The harder you squeezed the more quickly you stopped.

So that was the Darmah in 1978. Not THE fastest around, but in the top straight-line bracket for all that, and for any road with a few curves it was without peer. Without losing any of the marque's fiery charm it provided sophistication of a type previously unavailable from Italy. With the Darmah, Ducati took precedence in the Latin stakes and set the standard for all others to meet.

Coming Soon: The full story of the Ducati Darmah seen here will be published in RealClassic magazine this autumn (probably in RC08 if we get it written in time!) 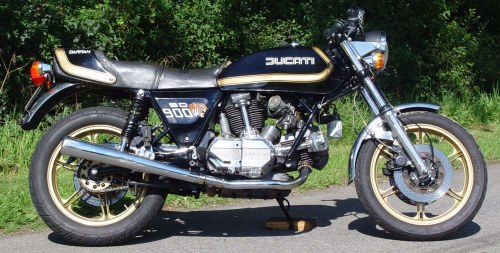 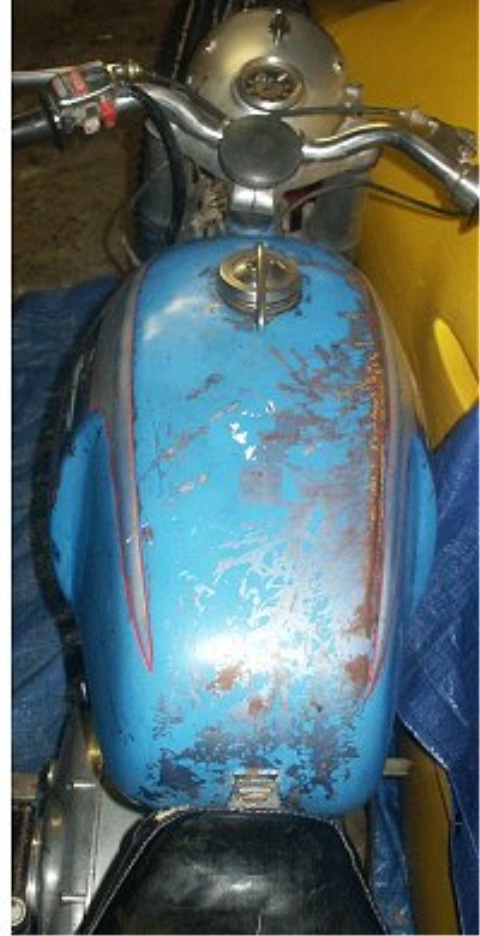 Mototrans Ducati 125 - Part One
Ash Gannicott wanted his own classic bike. One small problem: Ash is only nine. So doting Dad Russ swooped on this ideal opportunity to play with (sorry; rebuild on a tight budget) a miniature Italian cafe racer...
Reviews - 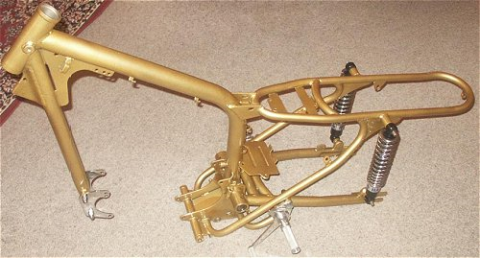 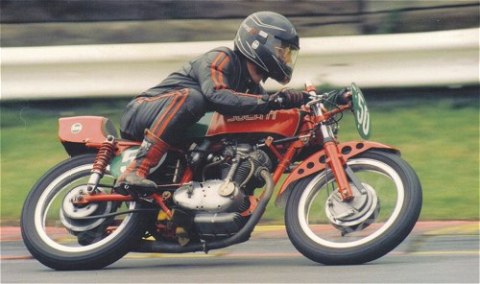 Mototrans Ducati 250cc 24 Horas - Part 1
The '24 Horrors' has something of an appalling reputation, explains Kel Boyce. He bought one, and took it racing...
Reviews -

Mototrans Ducati 250cc 24 Horas - Part 2
Kel Boyce bought a Spanish-built Mototrans 24 Horas by mistake, believing it to be a Ducati. No problem; it was built to go racing and so that's what he did with it...
Reviews -
Download the Classic Bike Hub app