Phil has spent months and months building his ideal 500cc single off-roader into Gold Star guise. Now NVNL takes it for a spin around the block...

Apparently the time has come to put a few thoughts on electronic paper about Phill's B31. I'd followed the build process avidly through this very website, and as an erstwhile B31 rider and owner I felt I had some direct link with Phill's bike. When he asked me to look after it while he and his wife went on a short holiday I was stunned and excited, not a combination of feelings I'm much used to. 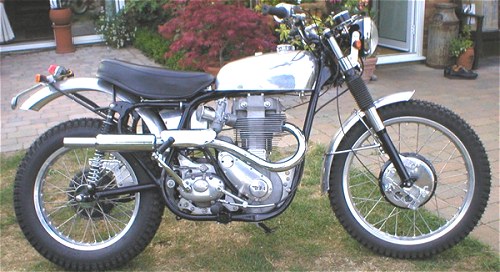 When Phill turned up on the bike, Mrs NVNL and I were enjoying an early dinner: we heard the Beezer long before I saw it. The exhaust note alone is worth the money Phill's lavished on this bike, it is very loud, very four-stroke single and once upon a time might have been described as 'righteous'. These days I'd call it 'proper'.

First sight of the bike in the metal was even more impressive than I'd hoped. It is beautiful to mine eye. Phill explained a few points about running and riding the bike and then I took him home in the car. How prosaic.

First gear's a little higher than I'd expected and the gears engage and change well, the pattern is up-for-down and down-for-up just like my little Velo, but the stakes are a little higher if you change the wrong way. At least I imagine they are, I've only managed perfect gear shifts so far.

Riding gingerly around the greasy sward it seemed there's next to no movement in the forks. In fact my local moto-cross champion tells me the forks are just as they should be with about four inches travel. From memory Phill left the original forks on to help getting the DVLA process completed and he has Cerianis or Metal Profiles in mind for the future. I daredn't try the brakes in the field because I really, really want to hand the bike back in good condition.

Emboldened by my off-road mastery of the legendary beast I took to the tarmac to deliver it to Rob Blake, our local MOT guy whose business card reads; Moto-Cross Champion SW Centre 1973, British 4-Stroke Champion 1975-1976-1977, British Pre-65 Champion 1996. I'd broken the side stand mounting on the B31 and Rob seemed like the right bloke to effect repairs.

This done, Rob showed me how a RealRider starts a 500 Goldie. 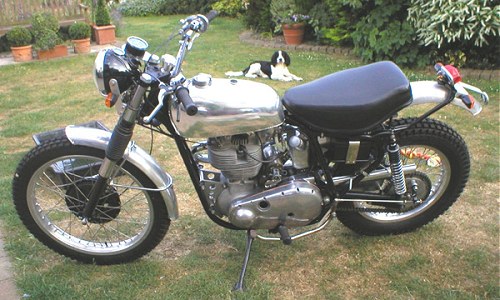 Back to the riding, bearing in mind that the engine is still running in and I haven't pushed the bike to anything approaching its limits. It starts easily enough and ticks over well, the brakes are smooth, progressive and powerful steering's a touch heavier than my T140 but still light enough with plenty of lock. Seat height's fine for my 31-inch inside leg and the footrests and pedals are in the right place for me. The bars are in the right place too but an elbow injury from my rugby playing days would lead me to fit something which turned back a little

So, a comfortable ride, with dinky indicators and tiny cute green repeater lights either side of ammeter. The ammeter is wired up back to front according to one eagle-eyed pal. I like to have indicators on a bike and these work nicely via a chromed switch on the left bar. Another valued piece of handlebar furniture is a rear view mirror. The underslung mirror on this bike is a pure joy, easy to find with the eye and very adjustable. As I recommended the type to Phill I am relieved, doubly so as he imported a pair for my T100C.

It slogs up hills like a good 'un and I look forward to charging it hard when it's run in. The power's very usable and there's the clear promise of plenty of engine braking too. Importantly for me it feels like a good bike to flick, flip and otherwise thrape though a series of tight curves. 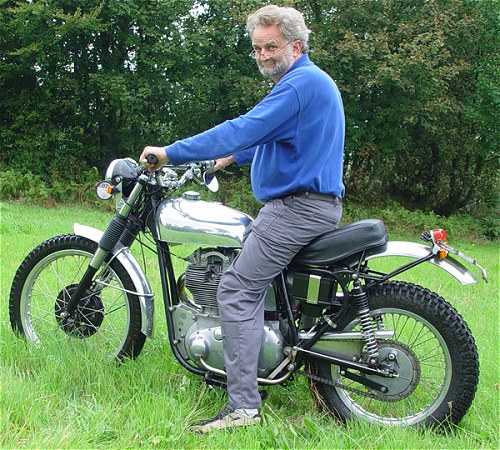 What do other people say about it? Well one of my other moto-crossing neighbours thought it reminded him of a BSA Catalina, so that'll please Phill, I know the Catalina was iconic for this project. My road-going pal said he'd be happy to take the bike for a spin if the shocks were a bit shorter.

For myself, I love this little bike. It's just so RIDE-ME. I know Phill's been a very naughty boy and he should have restored the B31 to 1956 factory specification but I just don't care. It's too lovely, too, too lovely as it is. Nice one Phillip Rashleigh, thank you.

When are you going on holiday again? 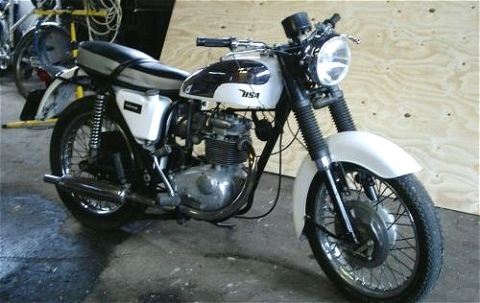 BSA 250 Fleetstar
When Geoff Reid bought a cheap restoration project, he wasn't expecting to unravel the working history of a 250cc police machine. Classic bikes tend to bring you more than you bargained for...
Reviews - 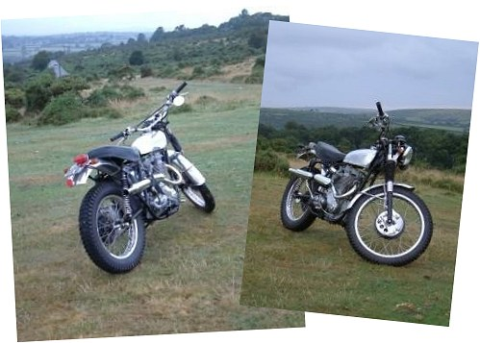 1956 BSA B31 Scrambler Rebuild - Part 12
After months of work, Philip Rashleigh's scrambler-special is coming home and it just needs an MoT and registration to hit the road...
Reviews - 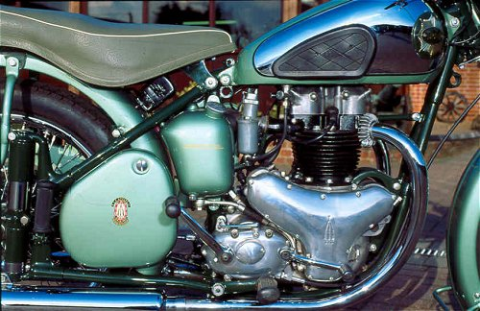 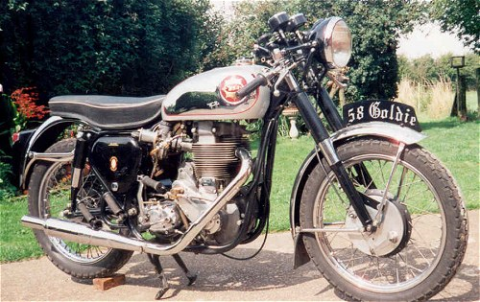 BSA Gold Star
Some experts consider the Gold Star to be the best bike ever built by BSA. Make up your own mind, after examining our quick fire classic bike guide to the breed...
Reviews -
Download the Classic Bike Hub app