If you like your British bikes to be a little bit different to the usual pushrod parallel twin, then John Walton's 250 two-stroke might just turn your head...

After a lapse of twenty-something years (wife, kids, mortgage, blah blah blah) I thought it was about time I came back to bikes. A quick trawl on the internet revealed Bill Little's Barn and there it was: one Golden Arrow. 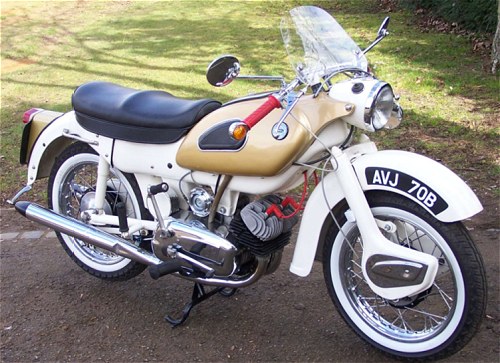 The Arrow was Ariel's sporting two-stroke, brought out in 1959 and based around the twin-cylinder 249cc Leader. The reaction to the unfaired Arrow was positive, so from 1960 the gold and white bikes were given a slightly higher compression ratio (10:1) and a bigger bore Amal carb. The result was 20bhp at 6000rpm which would propel this 300lb machine to a very respectable 75mph.

I knew before I saw it in real life that I was going to buy it. So I set off in the car with my wife, down to Bill's place, and soon to be the new owner of 1962 Ariel Arrow Super Sports. 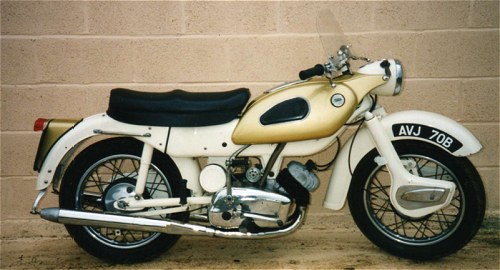 The previous owner had spent a fair amount on various parts, but there's always something more. Rather a lot more in fact! The engine was very smooth but smoked something awful, mostly from one cylinder. As it had been rebored, etc, I was assuming lack of use here...

And after a few runs it soon cleared.

My wife Winnie was very keen to ride pillion so after a quick run she promptly broke down (the bike, I hasten to add). Good start! Nothing beats being on one's hands and knees by the roadside, and seeing one's spouse tapping her foot.

The points had fallen apart. Now we all know about bikers stopping to help, but this time three Velos sailed past, and guess who did stop? Right. A Suzuki rider. Thank you.

Anyway, after the second set of points failed I thought electronic is needed here and thanks to Newtronic Systems, who can adapt their BSA twin system to suit the Arrow, the problem was solved with added power and smoother tick over. 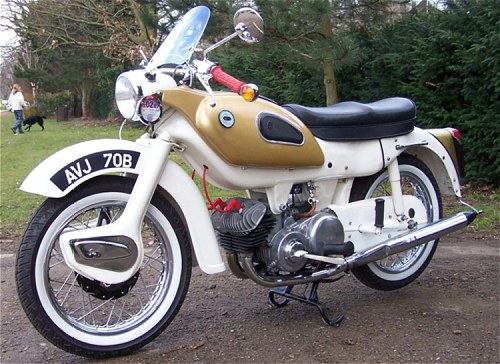 I had some chroming done to the engine cover and fork spats. The wheels were rebuilt by Central Wheel Components (lucky they had a pair of British Chrome rims in stock). Draganfly have provided many sundry parts; far too many to list here. Paul Goff provided halogen bulbs and some decent levers with adjusters that really helped to get adjustment from the front brake.

Talking of front brakes, the Arrows have pretty much useless ones. New shoes, hub checked, still poor. But the rear brake is excellent, and when you use both brakes together there really isn't too much of a problem. I think the lack of front fork dive, because of the leading link forks, makes people think the brake is worse than it actually is.

Back to the smoking: it doesn't now! Using modern two-stroke oil, cutting down the ratio, and renewing the jets in the carb have all but turned it into a non-smoker. I checked with Castrol who agreed cutting the oil down to two measures per gallon would be fine.

I have picked up a lot from eBay (see above), things like the red grips and ht leads and caps. Even found new-old-stock Champion N4 plugs. I'm convinced they are better than any modern equivalent, they never whisker up (honest).

Now about the indicators. I can hear people saying: 'not standard, take 'em off.' But in today's traffic the average car driver doesn't see hand signals, so I feel safer with them. Same with the mirrors. And I like to think I have fitted something with a period look to them. Remember the Norton Electra and certain BMWs.

I did not have to do too much with the paintwork, which was quite fair all round. The bike's not concours, and I don't wish it to be. But I use the bike a lot, and I cannot see how any bike can be kept perfect all the time.

The only drawback is that the wife likes going out on the Arrow so much that I have to sneak out, so as to get some solo riding in! It goes really well, is very capable of keeping up with traffic and much more.

Fuel consumption? Who cares! Just fill her up and go! 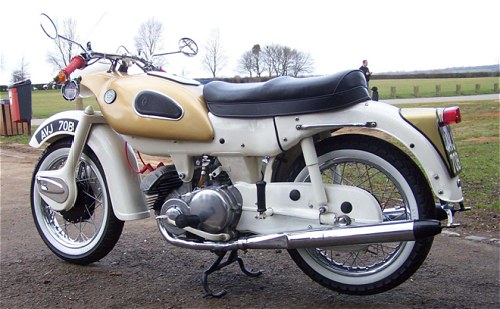 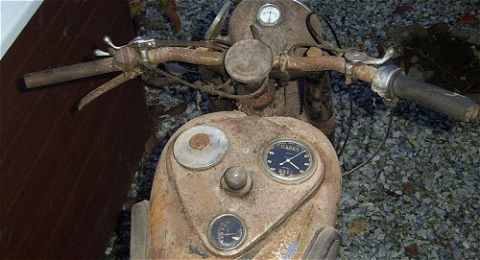 Ancient Ariel
Sarah bought her Dad a One Hundred Pound Wonder, and we tried to figure out exactly what kind of classic bike it might be...
Reviews - 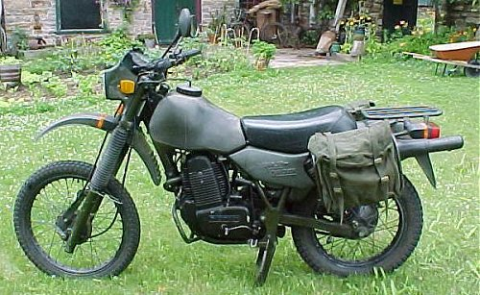 Military Might
When is a Harley-Davidson not really a Harley-Davidson? When it's an Armstrong, of course! The military motorcycle plot thickens on both sides of the Atlantic: Allan Johnson stirs the soup...
Reviews - 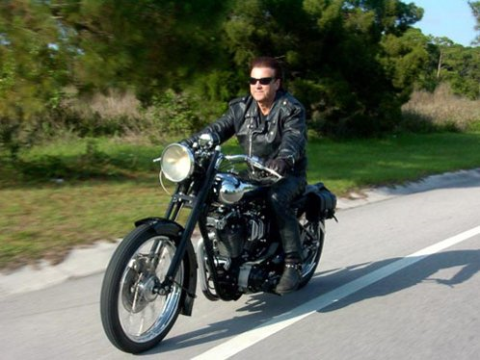 The Banquer Superior
Do you fancy something like a Brough Superior for the new millennium? Darren Vickers knows a man who'll build you one, at a price, of course...
Reviews - 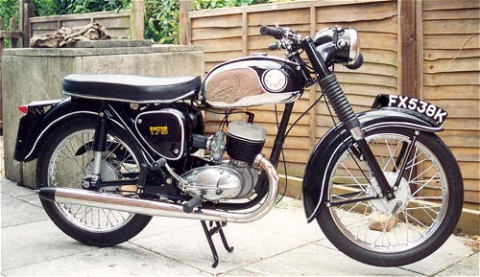 BSA Bantams
Inspired by the world's fastest Indian, Woodie explains that you don't need a big bike to go fast. In fact, he knows of some really fast Bantams...
Reviews -
Download the Classic Bike Hub app