Around The World On A Motorcycle

Ready for another armchair adventure? This travellers’ tale goes back 90 years to the era between the world wars, when the urge for international exploration led two young men to ride more than 100,000 miles aboard a flat-tank Harley and sidecar. Roger Slater has been reading of their exploits… 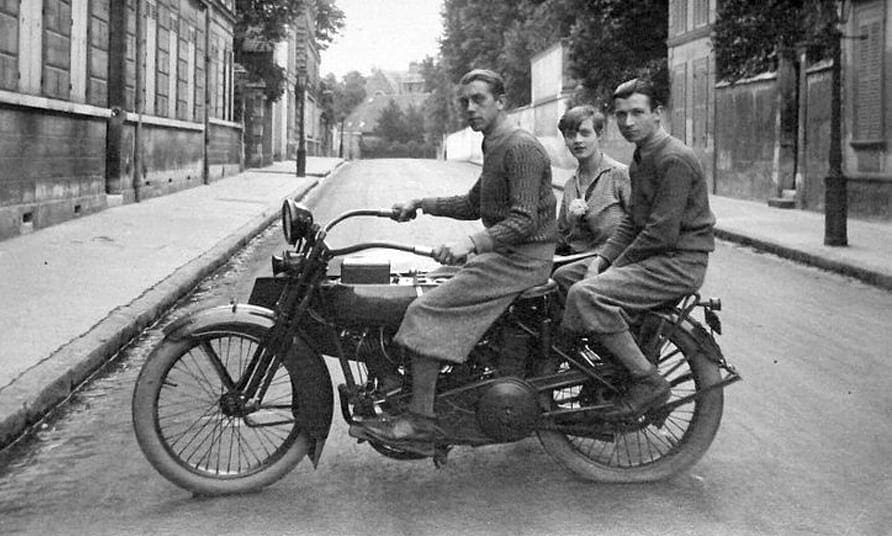 I have one bedroom in the house converted to a library. The library is full of travel adventures on motorcycle and small sail boats. Every time I spot a new book of this genre I have to get a copy. I’ve no idea of the total number of books in my collection which are solely about motor bike travel, but it has to be well north of 100.

Zoltán Sulkowsky’s story of a round the world motorcycle ride, which took place between 1928 and 1936, was a mild disappointment. The book was published in 1937 in Hungary, in the author’s native Hungarian language. The English edition was published in 2008. My first minor gripe is that the translation is in American English, not the real thing. 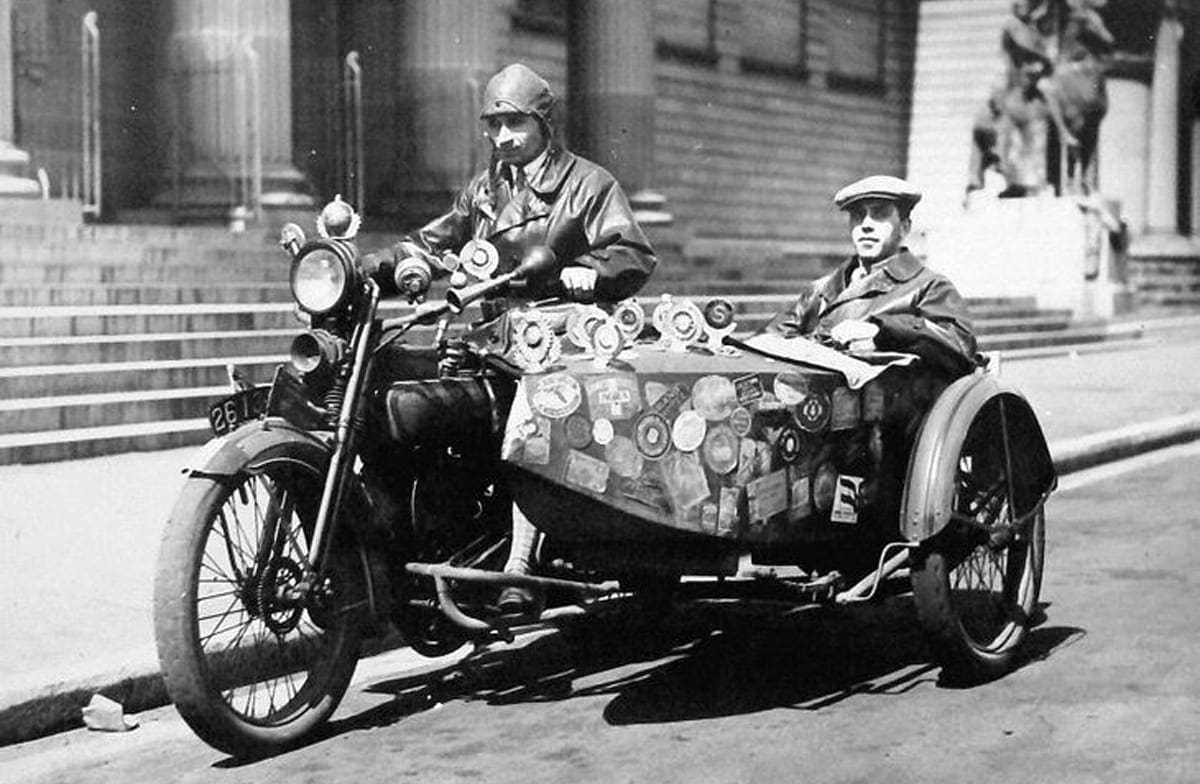 The author and his close friend Gyula Bartha were students in Paris when they decided to buy a Harley-Davidson and sidecar to take them completely round the world. Hence the trip started in Paris and finished in Budapest after a massive 170,000 kilometres.

Sulkowsky does a wonderful job of describing the people in each country they visit. He is a most intelligent individual who is able to describe and comment on the world as they found it in that turbulent and depressed time period. Fluent in several languages, the pair managed very well to fund the trip by writing articles, giving talks and interviews wherever they may be.

There is no doubt that it was a most hazardous and difficult trip. No reliable maps and, in many places, no roads! Even if there was a so-called road, it could well be deep sand or bottomless mud that called for struggling a few feet at a time with the planks that they carried for that very purpose. 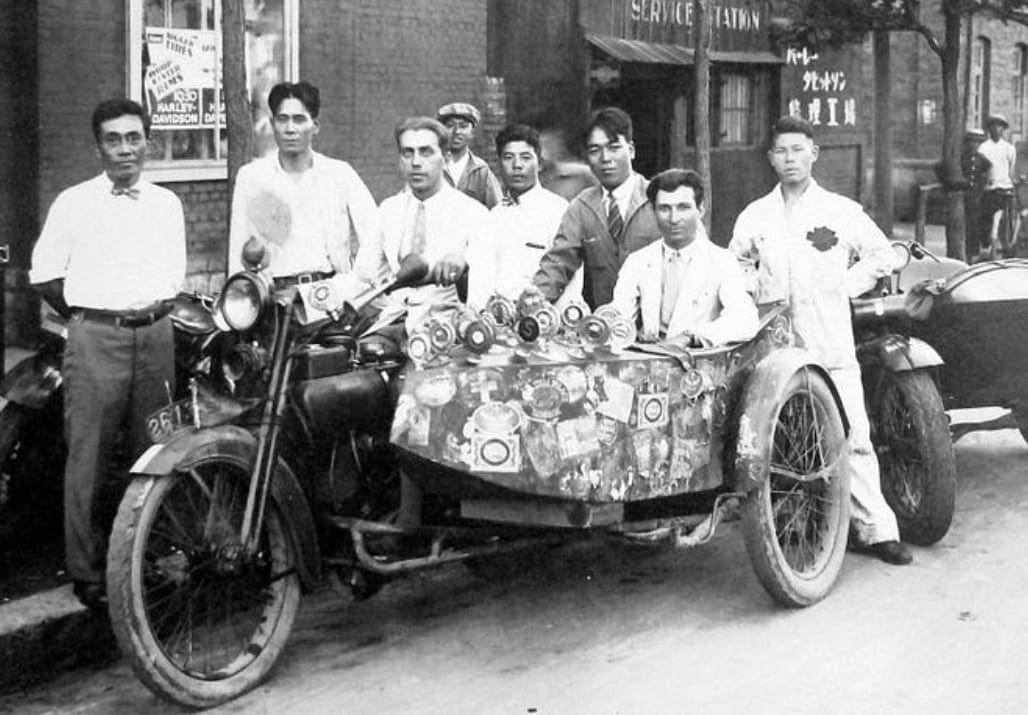 The travellers’ most interesting observations concerned the English rulers in the vast British Empire, who were a completely different breed to the ordinary English in England. Sulkowsky and Bartha considered the overseas English to be generally pompous and over-bearing. As with so many writers over the years, they found that local people the world over were most pleasant, generous and helpful. Even isolated villagers living in African jungle squalor would invariably share their meagre food with total strangers.

I don’t know if it was the translator taking liberties by putting a bit of ‘colour’ to Sulkowsky’s narrative, but a few errors in chronology crept in to what was otherwise a most accurate dialog by the author. For instance, upon arrival in California in 1932 our two heroes saw all the sights as they visited the Golden Gate bridge and the summer Olympic games in Los Angeles. Strange because the GGB did not exist until 1937, while the Olympics were indeed in 1932. Likewise, the translator seems to have come up with many boring population and other assorted figures that are guesses at best. 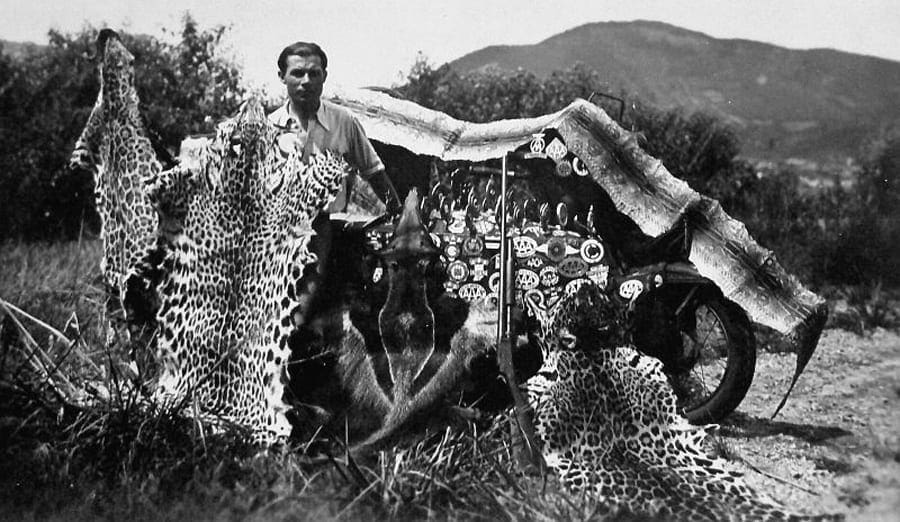 Personally, the single biggest downer for me was our heroes’ penchant for shooting anything that moved just for fun. The photo of the tiger they killed in Sumatra I found most distasteful. Even condors in South America were ‘fun to shoot at’ (fortunately without result). 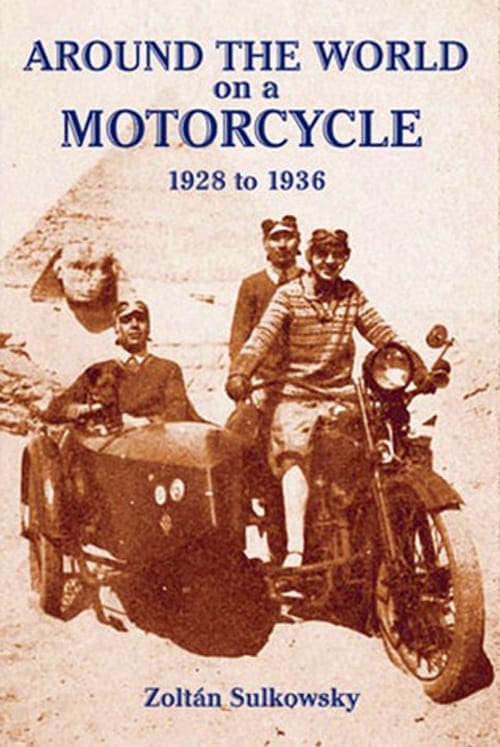 Overall? An interesting tale with the above personal reservations. Three out of five thumbs up.

Around The World On A Motorcycle by Zoltán Sulkowsky is published by Whitehorse Press in paperback; available at Amazon for around £18

The Classic Motoring Review
Shock! Horror! These vintage vehicles have more than two wheels! If that gives you a complete conniption fit then you’d
Reviews - RowenaH 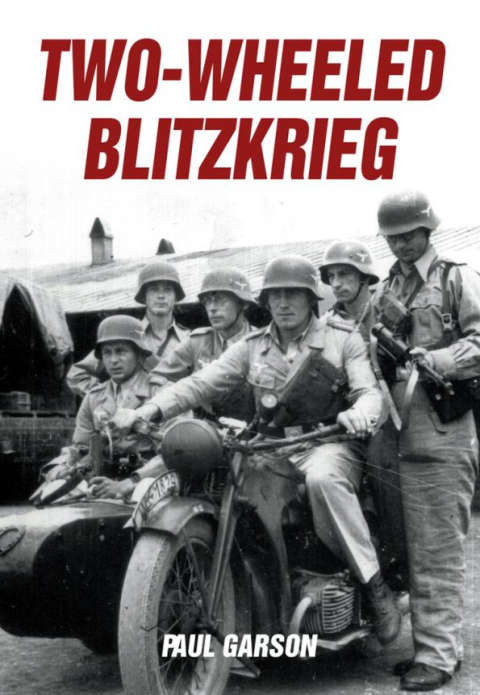 Two-Wheeled Blitzkrieg
The motorcycle played an essential role during WW2 on all fronts. Among the soldiers of the Third Reich, motorcycles served
Reviews - RowenaH 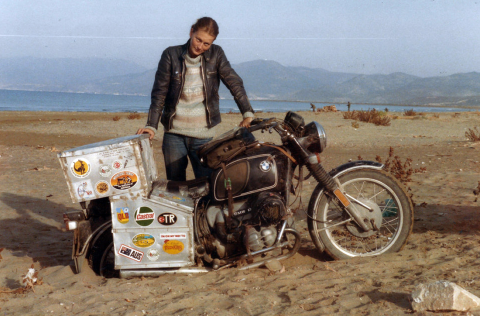 Lone Rider: around the world by BMW
Back in the early 1980s, Elspeth Beard took her broken heart, packed up her BMW airhead boxer, and rode it
Reviews - RowenaH 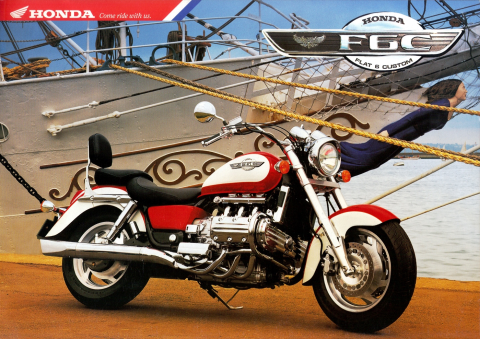 Honda Valkyrie
Honda’s six-cylinder ‘power cruiser’ certainly turned heads when it arrived two decades ago. It turned out to be an inspired
Reviews - RowenaH
Download the Classic Bike Hub app