In this month's round up of classic motorcycling news we have clever kickstarts, stolen bikes, the chance to win a Bonneville and the first warm clothing for winter...

The VMCC's latest raffle was drawn last month and one Mr Davies is now the new owner of the top prize, a very smart 1964 Velocette Venom. Tickets have now gone on sale for the Club's next raffle, where the top prize is a 1968 Triumph Bonneville T120R with a Davida Jet helmet on offer for the runner up. 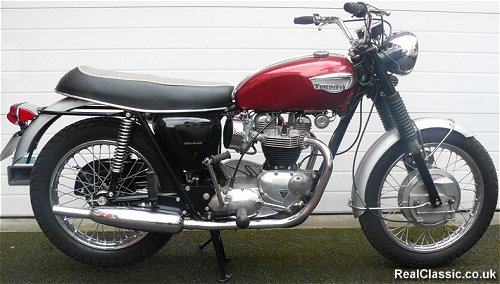 Tickets can be bought from the VMCC stand at events throughout the autumn, and the draw will be made on December 18th 2009. Tickets may also be ordered at www.vmcc.net 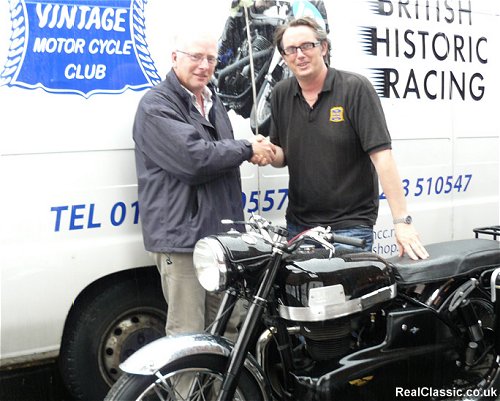 Classic Bikes Are Back...

...back, that is at the Classic Motor Show at the NEC, November 13th to 15th 2009, in their dedicated hall with displays from many major clubs and museums plus private entries, autojumble, concours competition and more. Admission to the bike show also includes the full classic motor show with over 1000 vintage four-wheelers plus the MPH performance car show. Watch this space for info on how to enter your bike for the RC-sponsored concours display. Advance tickets are considerably cheaper than paying on the day so prebook is recommended, either online or call 0871 230 1088. www.classic bikesatclassicmotor.com

It must have been the warm weather which went to her head, but at the Royal Enfield Open Weekend in June, Rowena was so impressed with the new casual clothing on offer that she actually bought some, for cash, with her own money, and everything... Produced in the UK exclusively for Royal Enfield, the first items to be introduced are a fleece and a bodywarmer with more lines are set to follow. The fleece is made by Regatta, with an embroidered Royal Enfield logo. Manufactured from 280 series anti-pill fleece, the jacket has two lined front zip pockets and an adjustable draw-cord at the hem to keep the wind out. Rowena confirms that it certainly is snug, and the subdued colour scheme of dark blue and grey even matches well with RC regalia! The fleece comes in sizes S-XXL and sells for £29.95. 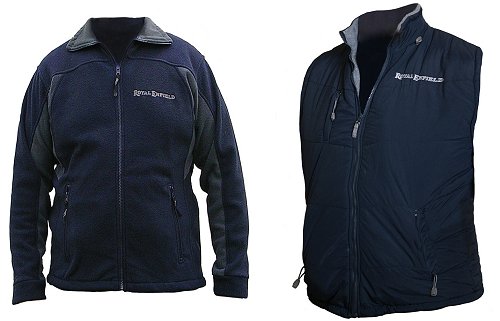 The bodywarmer is based on a Kariban design and manufactured from soft touch nylon taslon material, with an embroidered Royal Enfield logo in silver on the front and a printed reflective logo on the back. It has polyester padding and a fleece lining plus several outer and an inner zip pocket. This design didn't quite inspire the RC Crew who felt it looked like a little bit '1980s market trader' but then it is supposed to be a retro product... The bodywarmer comes in sizes S-XXL in black/grey or blue/grey at £34.99. Both available from 01386 700907 or see www.royal-enfield.com 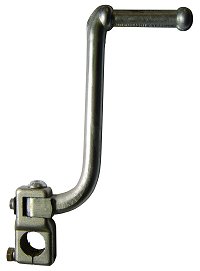 If your shins are bruised and battered thanks to kickstart impact, then Norvil have a new product to ease your pains. This folding kickstart has fits singles and Dominators with an AMC or Norton gearbox and is intended for moto-cross machines (but might come in handy for road-going mortals too, eh?).

The kickstart hinges at the bottom which allows it to fold right away, helping to prevent injury. Made from forged steel, the kickstart should be strong enough to cope with the rough treatment that the sport tend to throw at it too. See www.norvil motorcycle.co.uk for ordering info.

Bonhams celebrated its debut Banbury Run sale in storming fashion with 98% of lots sold and a total of £399,410 achieved. The sale was attended over 1000 enthusiasts, 400 of whom registered to bid.

The RE Open Weekend was also graced by the attendance of an impressive array of Royal Enfield Interceptors. 18 of the big twins were gathered together in the area for their annual camping weekend and 14 roared along to Blockley for an afternoon at the Watsonian factory. When the time came for them to leave they were impossible to ignore... and not one of them misbehaved! Awesome, indeed... 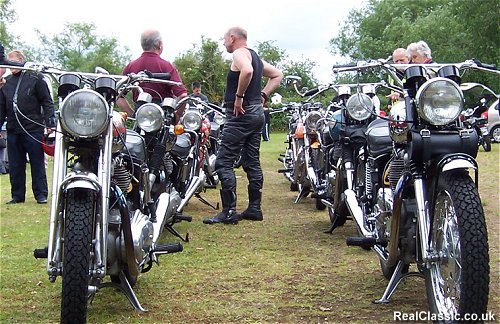 This is one Commando you can't possibly buy: an admirable film clip created by an animator, Steve Twist, with the help of the NOC's Neil Shoosmith. The short film incorporates some 750 photos of bike parts plus the machine itself; every second of filming uses 25 frames and each frame took some 15 minutes to prepare on the computer. 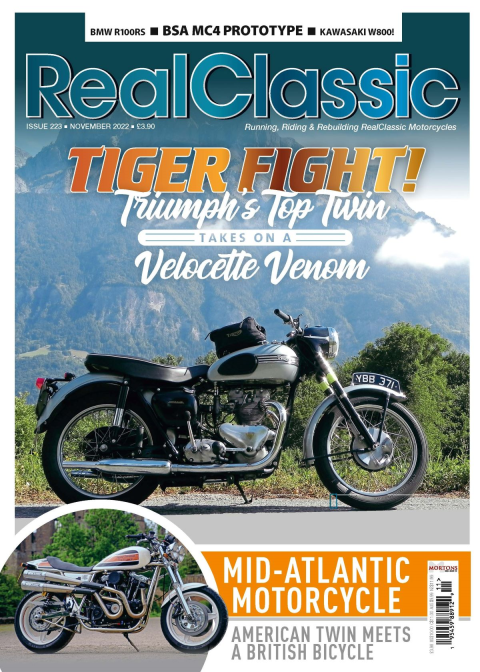 Classic Bike News: September 09
The Vincent Spares Co has found a new home, we've got details of an auction in America, the AJS and Matchless Club are giving all their money away and Gordon May's attempt to ride a 1952 BSA Bantam to Egyptis not going well...
News - 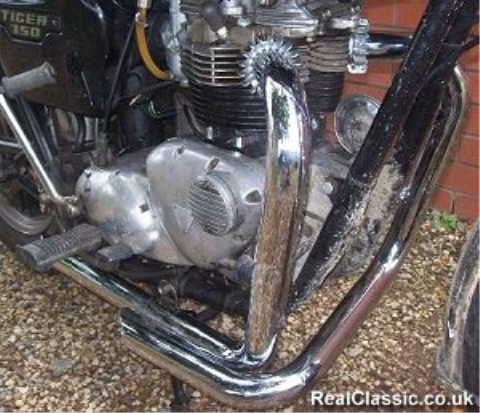 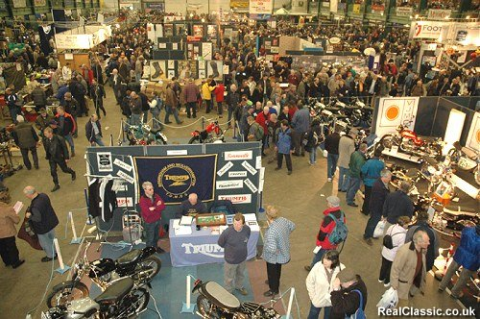 TP’s Newsround
As 2008 draws to a close, hereâ€™s our last round-up of classic bike news for this year. And most of it is about whatâ€™s happening in 2009, apart from the scoop news about the latest Norton...
News -
Download the Classic Bike Hub app