Few folk know that the iconic Indian Scout and Indian Chief models were designed by an expat Irishman who was Ireland's first big international star of motorcycle racing. A group of Dubliners unveiled a plaque dedicated to the life and achievements of Ireland's unsung hero, Charles Franklin, as organiser Stuart Bobbett reports...

Charles Bayly Franklin was born on 13th October 1880, at 1 St Patrick's Villas, Drumcondra, Dublin (which is now 18 Whitworth Road). I have to say it was news to me. 18 Whitworth Road is just around the corner from Leo O'Reilly Motorcycles. I had dropped by the shop last autumn to purchase some service items for my trusty K75 and mentioned in passing to Declan O'Reilly, son of Leo, that I was involved in the local cultural festival 'Phizzfest' and felt it was about time this festival had some motorcycle related event in there. Motorcyclists think that way about every event.

'I suppose you could do something about your man, Franklin. Talk to Harry Havelin.' 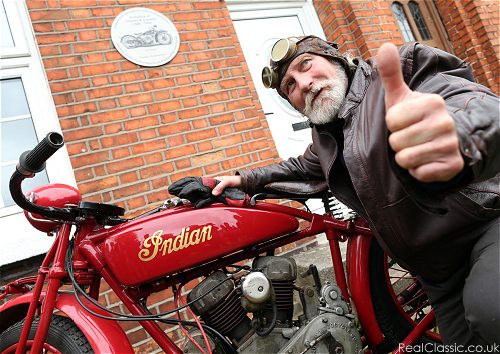 Harry co-authored Franklin's Indians (Panther Publications, 2011) with Tim Pickering, Liam Diamond and Harry V Sucher. You'll see Harry around the road racing scene. He has an encyclopedic knowledge of motorcycling in Ireland, and more besides.

Harry and I met up a few times during the spring at Trinity College in the city and put some shape on an event along with design ideas for a plaque. Harry put me in touch with co-authors Tim and Liam regarding the design also. The process could not have been better. Tim's suggestion of a '101 Scout' as the centre piece rather than an Indian logo was simply a master stroke. 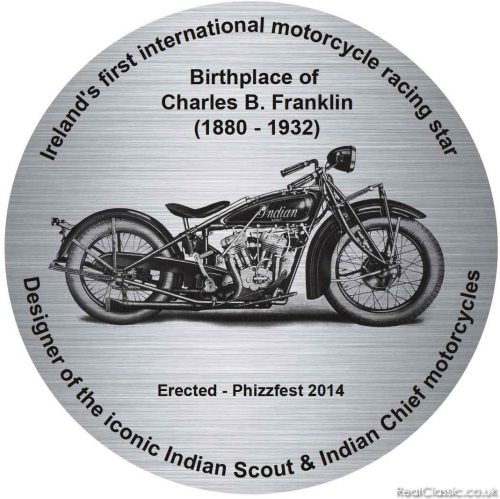 On Sunday 4th May at 2pm, the event 'Cowboys and Indians' kicked off as part of Phizzfest 2014. Harry Havelin gave an excellent presentation to a packed room at Hedigan's Brian Boru Public House near CBF's birthplace. Everyone warmed to this great story of Franklin's exploits, first as 'the man to beat' as a racer in Ireland starting from 1903, on to the TT races of 1908 through to 1914, and his subsequent achievements Stateside as design engineer for the Indian company in Springfield, Mass, until his untimely death from cancer in 1932.

The Dunboyne Motor Club were extremely supportive, providing period machines to adorn the venue outside. So too Owen O'Reilly of The Black Church MCC, Tony Carton of The Loughshinny Club, among others.

Many further joined us at 4pm for the plaque unveiling at the house where Franklin was born. You will appreciate that Indian Scout motorcycles are rare enough machines. Could this day pass without one of Franklin's finest creations making an appearance? The cherry on the top for this event was the arrival of a beautiful 1927 Indian Scout, brought all the way from Kilkenny by its owner, Mick Mathews, delivering it right to Franklin's door. Harry led the event once more, unveiling the plaque, ably assisted by Liam Diamond, Leo O'Reilly and myself. Here's hoping you like our handiwork. 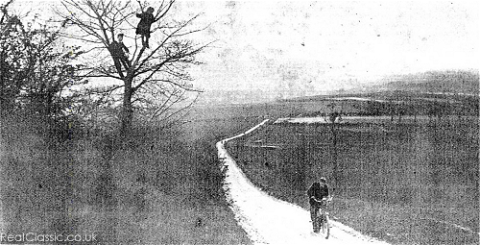 Kop Hill Revival 2012
Veteran and vintage motorcycles let rip on one of the country's oldest hill climb courses. More pre-war entrants are invited to attend by the organisers...
News - 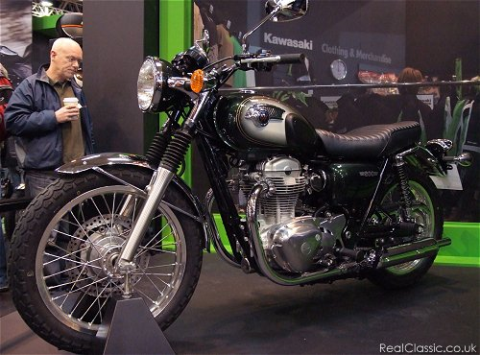 Kawasaki W800 at the NEC 'Motorcycle Live' Show
It's bike show season, so we sent Martin Gelder off to bounce on the seats and twist the throttles of the latest retro twins from Kawasaki and Honda. We do this so that you don't have to...
News - 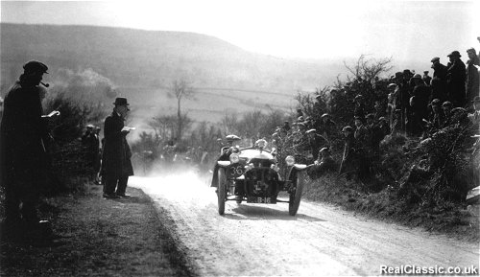 Historic Hill Climb Revived
A veteran hill climb venue is being brought back to life in autumn 2009. Vintage and classic motorcycle riders might like to take on this new challenge...
News - 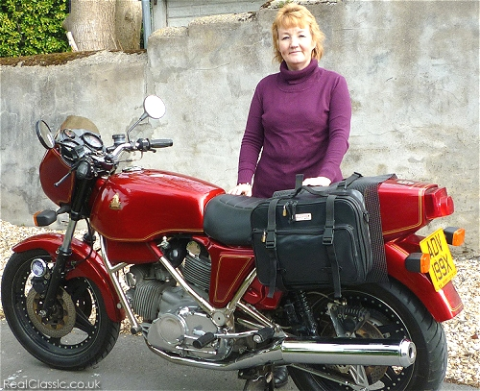 Happy Birthday Hesketh
It's 30 years since the first Hesketh motorcycles took to the streets, and the Hesketh Owners' Club are celebrating in style...
News -
Download the Classic Bike Hub app