The Colombres Rally is among the best riding events that not only Spain has to offer, but perhaps all of Europe.

To paraphrase the BBC, ‘other classic European events are available,’ but given the five star rating that the Moto Club Indianos event in northern Spain gets from most participants, why would you bother going elsewhere?

Over the past eight years, its fame has spread literally worldwide and in 2019 Phillip White travelled from Australia to take part on his BSA A10, vowing to be back next year with more Australian classic enthusiasts to join the ever growing international/global entry, citing it as, ‘one of the best in the world.’

As many people will now be aware, the Colombres Rally, based in the small village 50 miles south of Santander, has a history going back over 20 years, but it is only in the last eight, under the auspices of the Indianos motorcycle club based there, that it has really upped its game and become a two-week festival of classic motorcycling for pre-1986 machines and providing real value for money.

No other event in that part of Spain has the backing and endorsement of not only the Asturian Motorcycle Federation and the local council, but also the sports governing body, the FIM. Asturian TV also devote prime time coverage each year, such is its importance and fame in the locality.

Originally, the event was solely based in the village, with daily routes taking riders out into the Picos de Europa and the deserted twisting roads that abound, taking in some stunning climbs with spectacular vistas, or ‘miradors’ to use the local word for the viewing points.

That original element still remains for the second week, but now there is the ‘Northern Spain Rally’ the week before,taking in new roads and scenery south of Oviedo, based in Parador de Corias (originally a monastery) located in the Asturian town of Cangas del Narcia.

The same format applies with self-guided (backed up with discreet arrows at junctions) daily runs of around 130 miles with sumptuous all-you-can-eat-and-drink lunches provided.

The event is run on a full board basis and your luggage is conveyed to and from the hotel from Colombres by van that also acts as a daily back-up vehicle.

As local resident and regular entrant Phil Butler says: “It’s amazing how the roads and the valleys differ from one end of Asturias to the other.”

As something of a walking A-Z of good local motorcycle routes – having run tours there for many years – he should know. Despite his familiarity with the roads he is a regular entrant and helps the club with translations to ensure the large British contingent can understand the entry and booking process.

While a few riders have to return home after the first week, the majority stay on and take part in the traditional week-long Colombres event, the entry of which swells towards the end as the Spanish riders take advantage of the public holiday and join in, often with some pretty interesting machines.

It all culminates with the hill climb and autojumble in the village, now joined by a classic motocross on the final Sunday.

For those who fancy a challenge, the last Friday sees the 300 mile event, (as an alternative to the normal daily run) where the aim is to average 30mph for 10 hours to gain an award.

It may not seem a lot, but given the terrain and the twisty winding roads climbing and descending the mountains, it takes some doing on a bike fast approaching its 60th birthday, as I found out last time.

Everything about the fortnight is a class act, all masterminded by club president Amable Dobarganes and his wife Ana, who run the La Para hotel, which not surprisingly is the place to relax when not riding, helped of course by the free drink each day as part of the entry.

The organising team benefits from having a doctor on hand, a workshop for those minor problems and entrants get quality T-shirts and an informative magazine.

While the club do not advertise or attend shows, they do have an excellent Facebook presence masterminded by ‘Slow Rider,’ who posts photos, taken during the event, daily throughout the year to keep the enthusiasm running until the next year and helps to attract new competitors.

Despite the growing and welcome influx of new riders, it is an event populated by many, who, like myself, having tried the earlier versions and other similar events based in cities with all the traffic to negotiate, prefer this five star version, which continues to look for ways to provide value for money by introducing new aspects and taking feedback seriously.

As a club they are aware we have a choice, which they make easy, and thanks to Brittany Ferries’ discount, it really is a winning choice. 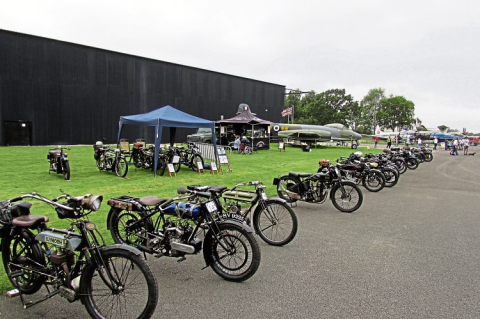 Golden Era Run 2020
Now firmly established in the calendar for motorcycles and three-wheelers made before January 1931, the Golden Era Run, as organised by the North East Section of the VMCC, is set to hold its 12th run
News - Nigel Devereux 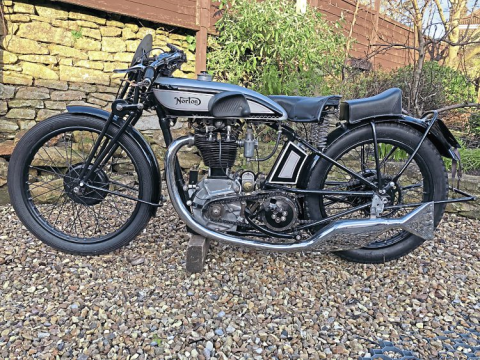 Saving a church with a Norton
Oli speaks to an ex-RAF pilot, ex-motorbike racer who has been selling some of his bikes to help his community buy an old church. WORDS Oli Hulme PHOTOGRAPHS courtesy H&H Auctioneers A RARE NORTON racer
News - Nigel Devereux 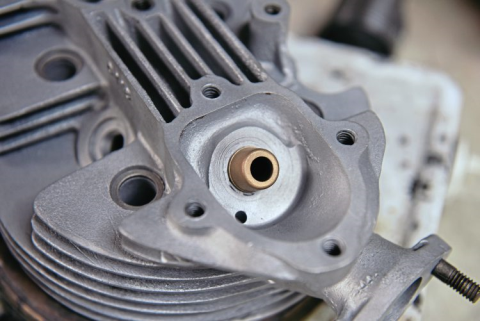 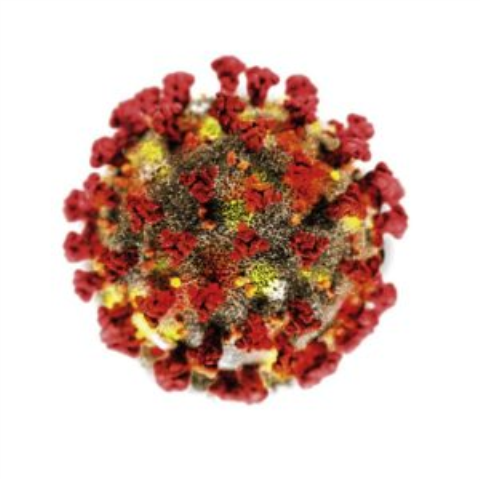 Classic racing hit hard by coronavirus
The world of sport has seen numerous events, leagues, meetings and occasions cancelled for months in advance thanks to Covid-19… and motorcycle sport has not escaped the momentous effects. All events in the coming weeks
News - Nigel Devereux
Download the Classic Bike Hub app