Immortalise your P&J in a painting - and claim a 10% discount if you subscribe to RealClassic magazine...

If you stopped by the RealClassic stand at one of the shows this autumn, then you'll have noticed the rather handsome artwork we had on display - an original painting of our faithful Mk3 Commando in its uprated Norvil reincarnation. In fact, the most entertaining thing about displaying the picture (apart from being able to gaze at it ourselves, of course) was watching folk do a giant double-take as they walked past.

On first glimpse, most people assumed it was an enlarged photograph. Then... light dawned and jaws dropped. It's a photo-realistic image of the machine, sure, but it's done entirely by brush. And by an RC reader, to boot! 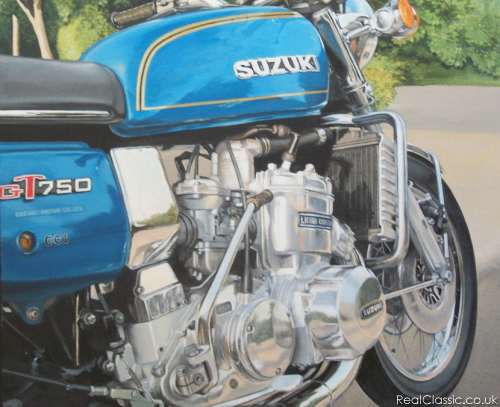 Talana Gamah has been an RC regular for donkey's years but the penny only just dropped that he creates some stunning examples of automotive art. So we fell to talking... and the next thing you know, we've arranged a special RC subscriber discount on his original art, just in case you too have a yen to immortalise your P&J in a painting.

And don't be concerned if your old bike is less than entirely shiny. Talana has a fascination for recreating reality, rather than air-brushing defects out of existence.

'I am as interested in capturing the intricate reflections in chromework, as I am in recording the decay of encroaching rust, or the honest patina of a well-used, much loved machine,' he says. 'Sometimes the complexity of a tight, close image is as appealing as the broad panorama of an entire vehicle set against a backdrop. Each piece I paint aims to evoke the feeling of a singular moment in time in the life of a vehicle - a snapshot - whether this is the oil coating a vintage engine, heeling a bike around a corner, or a machine at rest during a pause in a late afternoon ride.'

Talana works mainly in acrylics and captures every aspect of each subject with an honest-to-goodness old-fashioned brush. 'The rapid drying time of acrylics allows me to build depth, layer by layer, capturing the subtleties, textures and finishes of a machine, from fantastically blued pipes to cast alloy. My style tends towards realism and technical accuracy, but, I hope, also evokes the spirit of a machine.'

The time it takes to complete a painting (and therefore the cost) varies depending on the size of canvas and the complexity of the image. Most paintings take around a month to complete - allow up to six weeks for particularly complicated pictures. Talana will paint from the photo you supply - either a whole bike or a close-up of an engine, say. Prices start from £450 (you'll need to supply a pic and specify size for a quote). 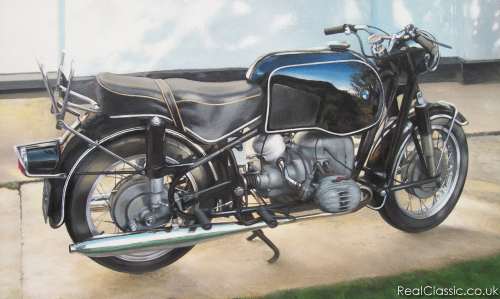 Prints and greetings cards are also available - including a spiffy range of Christmas cards. Or if you'd like to give someone a gift voucher for an amount towards an original artwork, or prints or cards, then that can be easily arranged.

You can browse Talana's gallery at 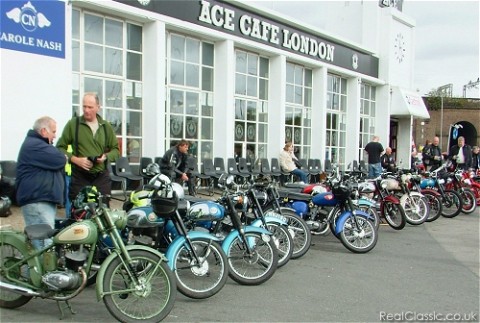 Vintage Events
Big or small; ancient or just old: there's bound to be a classic bike club which reflects your particular interest in vintage motorcycles...
News - 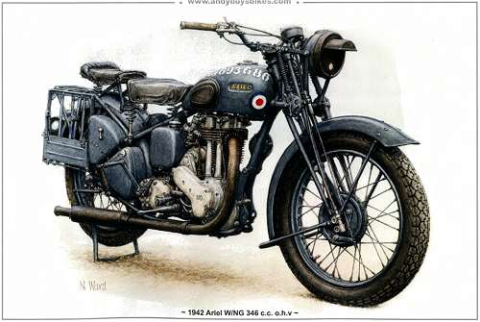 Andy's Annual
The end (of 2013) is nigh. Here's how to keep track of 2014, and celebrate your enthusiasm for classic bikes all year round...
News - 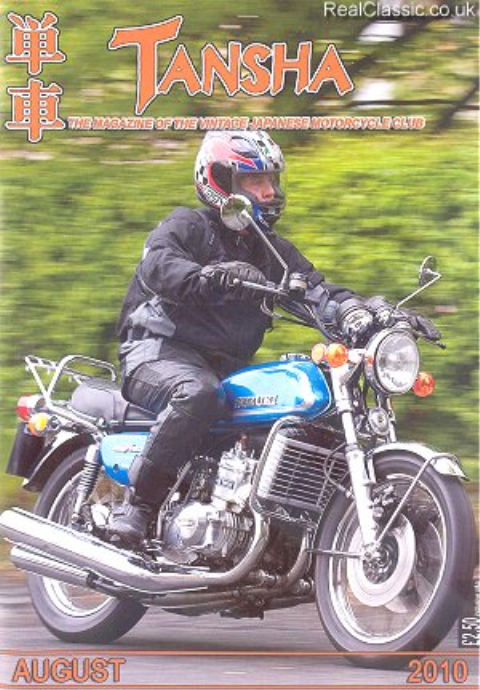 Classic Japanese Motorcycles
For our regular look at the vintage Japanese bike scene, Steve Cooper considers the effects of technology, and we take a sneak peek inside the VJMC's latest publication...
News - 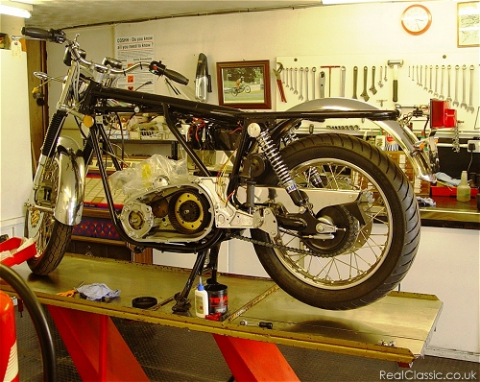 New Norton Components at Norvil
Norvil Motorcycles have added over 200 new spare parts to their online catalogue, and reduced prices of more than 1000 components, including many items for Norton singles and Dominators...
News -
Download the Classic Bike Hub app