Places to go and things to do. Just the job if you like vintage motorsport, any Moto Guzzi or want an opportunity to ride your classic motorcycle on rural roads...

The Moto Guzzi Club of Great Britain has just announced its all-new new Moto Guzzi Festival, to be held between the 19th and 21st August 2016 near Lydney in Gloucestershire. The Festival will be a celebration of all things Moto Guzzi and is open to all Guzzi club members and their friends, with no restriction on the type or make of vehicle attending. This new festival builds upon the club’s 40 year experience with their V-twin rally, incorporating all the best bits and introducing a few new wrinkles. 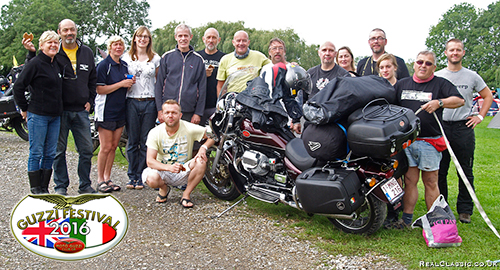 The new Festival is open to all Moto Guzzis of any capacity or vintage, their owners, families and friends, from the UK and further afield. So that this wider variety of machines can easily join in, the well-appointed site can accommodate some trailers, caravans and motorhomes as well as the usual tents. Facilities include a bar (serving real ale and ciders), two on-site cottages for hire, permanent showers and toilets, with additional B&B and hotel accommodation nearby. Hot meals, breakfasts and snacks will be available all weekend. The two-wheeled entertainment includes group rides and awards for Best Bike, Long Distance, etc, and there’s live music on the Saturday night.

Tickets cost £27 for MGCGB members and £30 for non-members. Tickets will only be sold to club members, who can order them on behalf of their non-member friends. So if you’re not yet a Guzzi Club member, you either need to join or find a friend who’s already in the club! See

There are few places more evocative of early motorcycle racing than Brooklands circuit in Surrey. The first bike races took place at the track in 1908 and competition even continued during WW1. In the 1920s and 30s the track became the go-to place for manufacturers to showcase their supersports machines, and for daring young riders to make name for themselves. All this is celebrated on Sunday 3rd July at the ‘then and now’ motorcycle show.

Former motorcycle racer Steve Parrish will be the special guest at this, Brooklands Museum’s biggest motorcycle event of the year. The show will pay homage to those pre-war pioneers and daredevils of the track, but also feature the latest machines from some of today’s top manufacturers. Alongside the historic bikes, many of which will be demonstrated by the Brooklands Motorcycle Team, BMW and Ducati will present their latest models along with an impressive line-up of other manufacturers including Triumph, Norton, Royal Enfield and MV Agusta.

The Brooklands Motorcycle Team has recently completed a total restoration of the Museum’s Earle Cotton JAP. The restored bike will have its public running debut at the show – hopefully with Steve Parrish at the helm. There will be plenty of other historic machines in action: the Team aim to mirror the 2016 models by running a vintage bike of the same marque. On top of that, there will be some racing sidecar outfits mixing it with the older machines.

The famous Test Hill will provide a unique opportunity to see how the pre-war race bikes fare against today’s super-machines. Always a crowd pleaser, the Hill was constructed in 1909 to help manufacturers improve their machines and has been in use for events since the museum formally opened 25 years ago. Steve Parrish is expected to join in with the activities – he may be persuaded to blast up the Hill on a Brooklands bike. Trade stands and club displays will fill out the paddock, in front of the iconic clubhouse.

Gates open at 10am; adult admission is the standard £11 museum fee. See

The Herefordshire section of the VMCC host this riding, non-competitive event on Sunday 26th June 2016. ‘Herefordshire on the Edge’ starts and finishes at Ross Cattle Market and give riders of older motorcycles and three-wheelers a chance to explore some remote and beautiful corners of the county. The event provides an enjoyable, non-competitive, long distance ride which challenges entrants’ riding and navigation skills as well as testing their machines over a wide range of surfaced roads.

Riders must plan and then follow a route to visit as many as possible of the 24 designated waypoints spaced at roughly 10 mile intervals around the border of the county. The minimum distance to visit all 24 points will be about 240 miles. All finishers successfully visiting the four designated ‘cardinal’ points of the compass (N,S, E and W) plus any other four points will receive a bronze award. There are further awards for riders who reach 12, 18 and all 24 waypoints.

This event costs just £5 to enter; you’ll need to prebook to get all the info, choose a suitable steed and start planning your route. Details from geoffmac@globalnet.co.uk 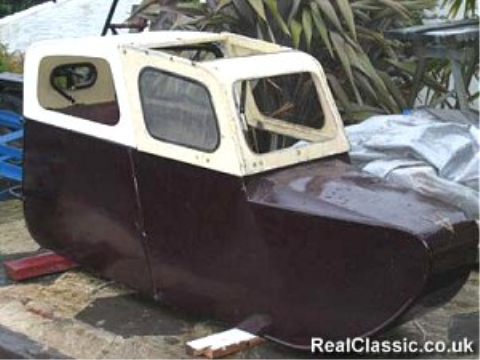 Classic Auction Preview
Classic bikes don't often go under the hammer in Ireland so there could be bargains to bag this coming weekend in Belfast...
News - 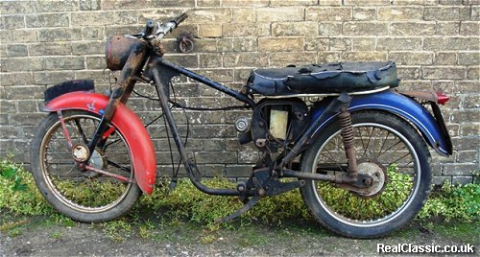 Classic Bike Bargains
It's the middle of winter and there's nowt much interesting to do. So if you're willing to waggle the spanners somewhat, you could bag yourself a project bike bargain...
News - 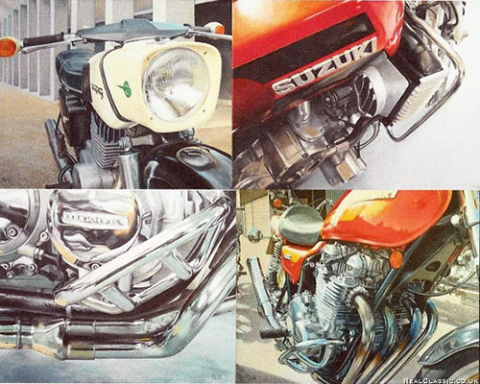 The Art of the Motorcycle
Royal Enfieldâ€™s CEO returns to the firm's heritage homeland; vintage and veteran bikes blaze through the Home Counties, and Lewis Leathers need your assistance...
News - 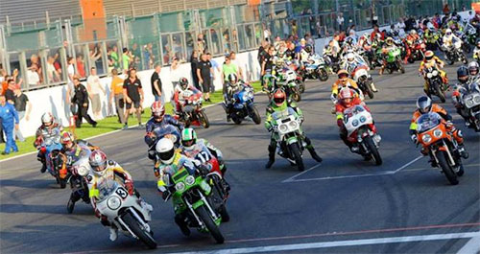