Classic Bike Guide kicks the New Year off at Newark!

It’s got a down-to-earth feel and has become a bit of a ‘date’ to have bike and scooter projects finished.

And we got away with the weather again, Saturday being dry but windy and Sunday sunny and mild.

The season opener spread out over the large halls, with more autojumble stands both inside and out than we remember for many years.

The Newark show might not have the presence of Stafford or Bristol, but it’s still possible to find a surprise or two among the Gold Stars and glitter – bikes you wouldn’t normally see, clubs you wouldn’t normally meet and a glimpse into the burgeoning Scooter sub-culture – as well as a great soundtrack of Northern Soul and a background crackle of two-strokes being thrashed to the redline give Newark its own special feel.

For a tenner, it’s always a good show to kick the year off and the bikes, the scooters and the clubs didn’t let us down.

This remarkable creation is the work of John Davies. It’s a Sunbeam S7, with a BSA A10 engine in it.

However, as the S7 is an inline twin with a shaft drive, and the A10, erm, isn’t, he turned the A10 engine sideways, and linked it to the Sunbeam drive arrangement, replacing the magneto with the alternator from a Japanese Kubota Lawn-Mower and putting a plate behind the BSA timing cover to allow the use of the Sunbeam’s rubber engine mounts.

View more images and read more News and Features in the February 2020 issue of Classic Bike Guide – on sale now! 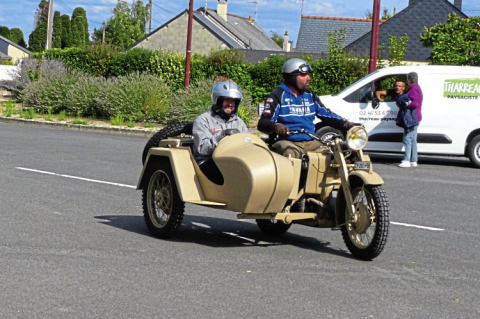 Sunny days, simple pleasures
The TUAR Club Rally in September is an example of good, pure motorcycling fun. Words and photographs: MIKE DAVIS What better way can there be to spend a sunny September Sunday than meandering along country
News - Nigel Devereux 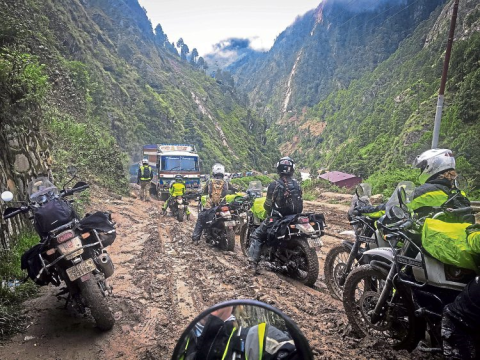 Motor Museum’s evening talks
Although not all of the evening talks at the National Motor Museum in Beaulieu are focused on powered two-wheelers, most of the talks will be of interest to anyone who likes internal combustion engines and
News - Nigel Devereux 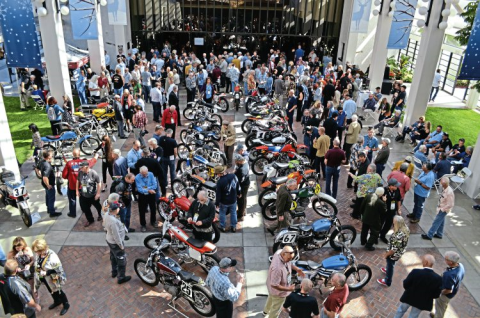 Hangin’ with the Trailblazers
Every April, the gathering of the extended motorcycle family that is the Trailblazers happens in Carson, California. Last year saw the 75th banquet held to celebrate the most influential characters from motorcycle racing’s past. To
News - Nigel Devereux 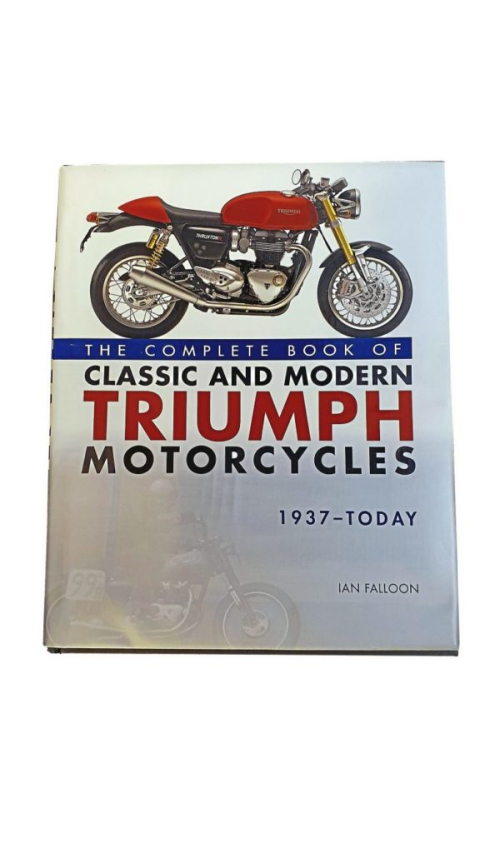 The complete book of Triumph motorcycles, 1937-today
This is a new edition of the original book, which was published in 2015. Where it differs from many books on Triumph motorcycles, is the time it covers. Though the introduction gives you the early
News - Nigel Devereux
Download the Classic Bike Hub app