South of England RealClassic Bike Show and Jumble - This Sunday

The doors open at 10am at Ardingly, on Sunday 25th October for the South of England RealClassic Bike Show and Jumble. Here's just some of what you can look forward to...

RealClassic magazine subscribers should remember to take their RC Club cards* along to this event, to enter at the discounted admission rate of £5. Then head to the main Queen’s Jubilee Hall where guest of honour Jim Redman MBE will be signing copies of his rags-to-riches autobiography. The six times world champion and six times Isle of Man TT winner was originally scheduled to appear in April but had to postpone, so everyone is extremely eager to see him this time around. Jim Redman is one of Grand Prix’s most extraordinary characters, and a true legend of motorcycle racing. After migrating to South Africa, he started his racing career in the mid-fifties, and was awarded an MBE in 1964, the year that also saw him win three World Championships in a single day, a feat, to this day, matched only by Mike Hailwood. 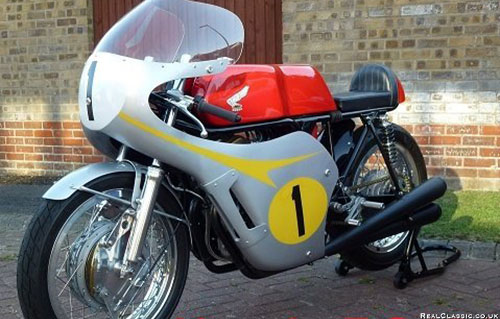 There's a great line-up of motorcycles booked into the show, from a 1913 Zenith Gradua to a Honda RC181 Replica. The Honda was built over five years to closely represent Jim Redman's machine and was completed in July 2015.

Zoe Cano, motorcycle adventurer and author of ‘Bonneville Go Or Bust’ will also be available in the Queen’s Jubilee Hall, signing her book. Look out for automotive artist Talana Gamah (whose artwork graces the new RC t-shirts) with a range of prints and Christmas cards as well as samples of his photo-realistic, hand-crafted originals. Stop by at Paul Goff’s stall for electrical items and upgrades, and don’t forget to visit all the other traders and exhibitors spread around the site. The club displays and autojumble range over another four halls and the surrounding area, with the Royal British Legion providing a helmet park in the Stockman’s Building.

If you have something to sell – from a complete bike to unwanted spares – there’s a free BikeMart display-to-sell area for private vendors (you just pay the normal admission price). Or prebook a garage clear-out stall for just £10 and bring a bootload in the car. 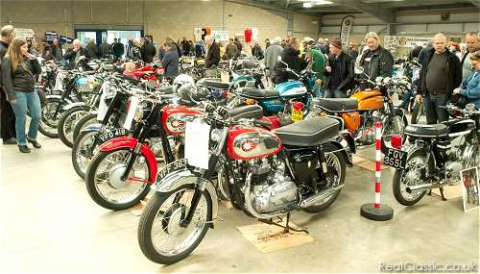 Special Note for Exhibitors:
The autumn show seasons gets underway at Ardingly, where we expect to see hundreds of captivating classic bikes including an Atlas Scrambler, two MV Agusta GP racers, an original and unrestored 1920 Ajay and masses more...
News - 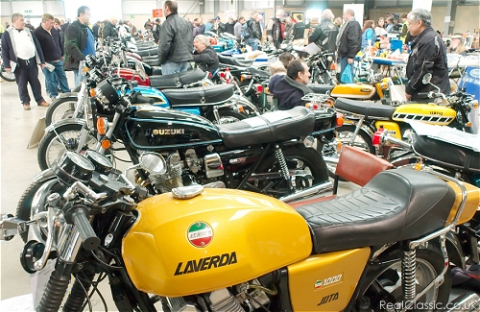 Win FREE Tickets to the South Of England RealClassic Show
If you're a member of the RC Club then you can claim a quid off the admission price to this show. Better yet, win our quick online competition and you could bag a pair of tickets, completely free!...
News -

2015 South of England RealClassic Bike Show
There's a chance to see racing superstar Jim Redman at the Ardingly Show on 29th March, along with all the usual attractions at this friendly classic bike show...
News - 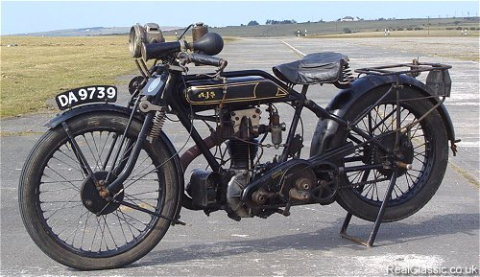 An AJS Celebration
The AJS and Matchless Owners' Club are celebrating the official centenary of the AJS marque this year. All are welcome to join the fun...
News -
Download the Classic Bike Hub app