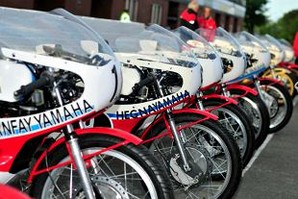 The last ten years has seen the team entertain thousands of racing fans both modern and historical with unique Yamaha machines such as the 125 cc RA31A and 250 cc RD05A works four cylinders of 1968, the 750 – two stroke (OW31) and the 1979 GP500 championship winning YZR500.

The team and riders were also a key element in Yamaha’s celebration of 50 years of Grand Prix racing in 2011, putting on a special display at the Assen TT for the MotoGP crowd fans as well as a special parade lap on the Isle of Man around the iconic Mountain Course.

Ferry commented: “It’s a truly sad moment bringing this incredible project to a close. It has been a fantastic experience, working with both the beautiful, iconic machines, Yamaha and these really special riders. We’ve been running a classic racing team since the 1998 Centennial Event, which evolved into the Yamaha Classic Racing Team. It may only be ten years but we have achieved so much and been seen by so many and have much to reminisce about already.”

Those wishing to see the team in action one last time can catch them at various events during the coming year, with the farewell event being at this year’s Classic TT on the Isle of Man from August 23-26. A number of the special machines from the team are under discussion to be taken over by Yamaha Motor Co., Ltd in Japan to become part of their historic collection.

More Stories
The way we were: March 1938
The following is a direct quote from On the Four Winds, compiled by Nitor...
News - Richard Rosenthal
Old Bike Mart product news
Getting switched on with a magneto ignition key, big end bolts and nuts for BSA's poplular A10 and A65 twins and a superb pair of despatch rider type gauntlets...
News - Tim Britton
The way we were: March 1988
The FIM banned the Norton rotary racer from the World Formula 1 championship. The international organising body stated its 2:1 ration rule put the Norton’s capacity at 1176cc, not the 588cc Norton claimed...
News - Richard Rosenthal 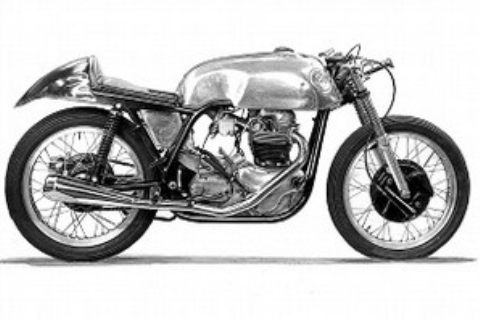 Show’s ultra-rare racer adds to Bristol attractions
A faithful replica of a racing machine so rare you’re never likely to see one in the flesh has been added to the line-up for Bristol’s biggest and best gathering of classic motorcycles...
News - Tim Britton
Download the Classic Bike Hub app