Wild child of motocross at Telford

After months of negotiation Brad has finally confirmed his attendance and announced: “I’m sure looking forward to returning to England where I well remember winning my first Grand Prix at Farleigh on a baking day in the summer of 1977.

“It’s now about time I caught up with some of my old friends.”

Controversial, charismatic and still enthusiastic, Brad will highlight the 11th annual off-road extravaganza when he appears on stage at 1pm each day.

Winner of the world crown in 1982 after a 10 year quest, Brad hit the European GP scene in 1972 riding factory CZs, Husqvarnas, Hondas and Kawasakis before achieving his ultimate goal on a Suzuki. He was this year inducted into the United States motorsports hall of fame. His full factory 1977 RC500 Honda will be on display.

In keeping with the US connection there will also be a Bud Ekins theme. The Husqvarna ‘Viking’ which the famous stuntman rode to a gold medal at Zakopane, Poland in the US team at the ’67 ISDT will be on display with associated ‘Bud’ paraphernalia. Ekins is forever famous for the stuntwork he did for his great friend Steve McQueen. Most famously  everyone remembers the scene from Second World War film The Great Escape where he jumped his Triumph over the barbed wire fence.

In the same era Mary Driver was an accomplished ISDT and trials rider and joins many other guests on stage at Telford with tales of her SSDT and ISDT adventures plus a few stories of her tenure as ACU competitions secretary for 10 years.

Still as eloquent as ever, Mary will be interviewed by Colin Dommett and reunited with her Greeves Scottish which has been recently returned from France to the UK.

Add to the above a Maico theme, whereby Wrighty aims to collect together a Maico for every year in which they were produced.

Badger Goss and Bill Brown – the two Maico importers over the firm’s 50 year history – will each be on stage recalling the history of the German marque ridden by such greats as Ake Jonnson, Adolf Weil, Willi Bauer and Herbert Schmitz.

Indeed Bill is to have a very busy show for he is also putting together a display on the history of Wulfsport. It’s a bit special – no more details yet –says Wrighty.

The theme display for 2014 will include one bike on display for each year right from the beginning of the Miller/Bultaco in the year 1965 – through to its demise in 1982. Some display, but one of the ever enlarging pile that makes Telford the best in the world for the classic off-road scene.

For queries on trade stand space or to exhibit bikes contact Alan Wright on 01789 751422 or visit classicoffroadshow.com 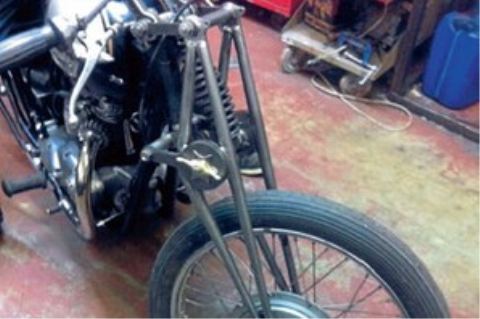 Date set for 2014 VJMC Cardiff show
A date has been set for the VJMC’s hugely successful Cardiff show in 2014...
News - Tim Britton 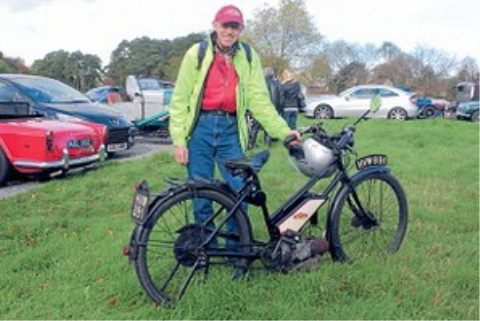 Autobyk to Brighton
Among the many rideouts supporting the recent London to Brighton Veteran Car Run on November 3, was one organised by the East Surrey Section of the NACC (National Autocycle and Cyclemotor Club)...
News - James Robinson
Download the Classic Bike Hub app