The selection of motorcycles eligible for the 'Best in Show' award caused the judges some head-scratching, but it was finally bestowed on Steve Elston's 1919 AJS, a 750 sidevalve V-twin '6hp' model. He bought the bike completely by accident, as he went to see the vendor about another potential purchase and ended up doing a deal on that AJS and his intended purchase. Steve is the AJS's fourth owner and it came with an interesting amount of provenance.

Some £180 was paid for the bike when new and for many years it was attached to a sidecar. The Bonniksen speedometer was rarely allowed to move past the 20mph mark on the outfit's very occasional outings. When WW2 came, the bike was out of sight and out of use in a cellar, eventually emerging for limited use. 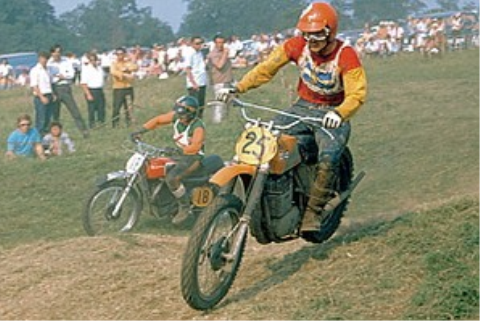 Help make centenary special
Did you compete in the ISDT or ISDE? If so, we want to hear from you... in fact, we want to see you!
News - Tim Britton
Ultimate Streetbike series remembered!
The leathers might have been a bit tighter, and the hair a lot greyer but the bikes still looked and went as good as ever...
News - Bertie Simmonds

Michael Sweeney dominates qualifying at Isle of Man
Ireland's Michael Sweeney dominated qualifying at the 2013 Manx Grand Prix, posting the fastest time yesterday on his Junior machine but a number of challengers started to emerge including Northern Ireland's Andy Lawson who clocked 116.875mph on the 750 Suzuki that he'll ride in the Senior MGP...
News - Web editor
Download the Classic Bike Hub app