First, is the ex-1973 Daytona 200 1972 Butler & Smith BMW F750, is one of only two factory-supplied, purpose-built machines modified by tuner Udo Geitl of Butler & Smith - the BMW importers for America. The surprisingly fast and powerful R75/5s that Geitl uprated for Team Butler & Smith, stunned the world, and were to help change the image of BMW in America from that of a stuffy tourer to a sporting machine.

These were the precursors to the history-making Butler & Smith BMW R90S – also prepped by Geitl – that Reg Pridmore would ride to victory and clinch the first-ever Superbike championship title.

This particular F750 was an official entrant in the 1973 Daytona 200 with BMW rider Kurt Leibmann, alongside its twin ridden by Reg Pridmore. It was also the focus of a feature article written by renowned motorcycle journalist Alan Cathcart and his test ride on this rare, beautiful beast at the Barber Motorsports Park in October 2013. It goes to auction with an estimate of $60,000-75,000.

Next is the 1950 Isle of Man Clubman TT-winning 1947 Vincent HRD Series B Rapide, which has an estimate of $120,000-150,000. It was ridden to victory by Alex Phillip and subsequently owned by larger-than-life British war hero “Mad Jack” Churchill. Soon after the Isle of Man win, the Rapide was uprated to full Black Lightning specifications and performed, in the words of Phillip, “like a rocketship,” before being sold to the daring and eccentric Lt. Colonel Churchill of WWII commando fame.

More Stories
The way we were
Looking back at the significant motorcycling milestones which occurred during the month of January, starting with an announcement from Les Harris that his agreement with John Bloor to build Bonnies under licence had run its course...
News - Richard Rosenthal 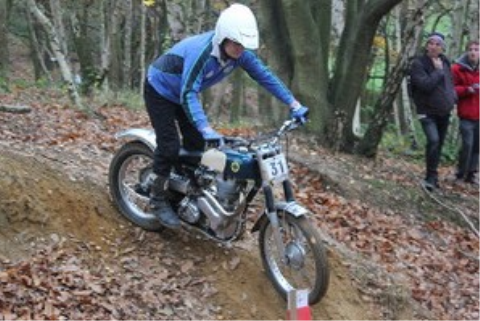 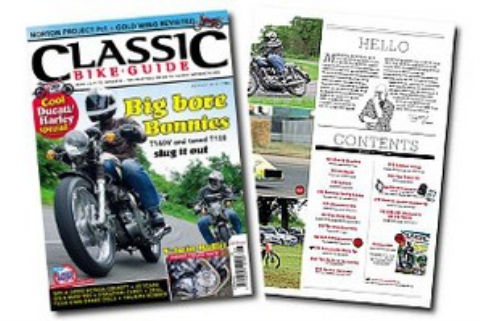