This is your chance to hear the thoughts of all of the top riders as they get ready for this year's TT, from John McGuinness as he looks to add to his 19 race wins through to Australian Josh Brookes who will be taking part in his first TT. Other riders who will feature in the evening include race winners Bruce Anstey, Gary Johnson, Ian Lougher and Honda TT legends Michael Rutter and Michael Dunlop while Cameron Donald is scheduled to link up live from Australia.

You'll also get to hear from Dan Stewart, Conor Cummins, William Dunlop, Dean Harrison, Dan and Ryan Kneen and Simon Andrews while newcomers Horst Saiger, AJ Venter and the Isle of Man's Gav Hunt will be sharing their thoughts on tackling the TT Mountain Course for the first time.

The sidecars will also be represented with 16 time champion Dave Molyneux and passenger Patrick Farrance heading the field. You'll also get the chance to get insights from current World sidecar champion Tim Reeves and his passenger Dan Sayle, and 2012 TT race winner John Holden and Andy Winkle.

However, if you can't get to the Isle of Man you can still follow the event live via the iomtt.com website, which will be broadcasting the whole launch from the Villa Marina. It will also be broadcast live via Manx Radio and through the station's online service. You can also tweet your questions to the riders on the night to @iom_tt and presenter Chris Kinley will ask the best ones on the night.

Hailwood Honda replica on track
Though legendary in the off-road world, Sammy Miller was more than a dab hand at Tarmac stuff too. A top GP runner in the late 1950s, with Mondial, the Belfast lad mixed it with the best and proved himself equal to the task...
News - Tim Britton 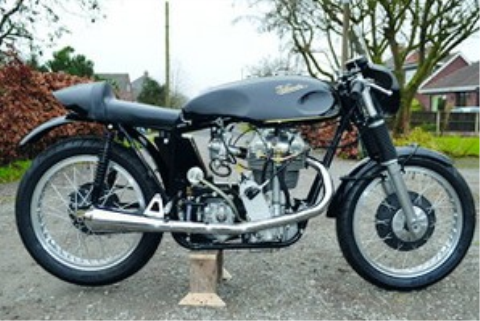