Another big Honda is that of Frenchman Phillippe Hanus’ CBX1300. Phil is bringing two – a road racer and a turbo-charged, nitro burning dragster.

Of course, there’ll be some good stuff from the home stars too, classic racer Jerry Ashton is bringing his 350cc MV Agusta, with a view of setting the ftd while Dave Hutchens is making his debut with his Seeley Konig. 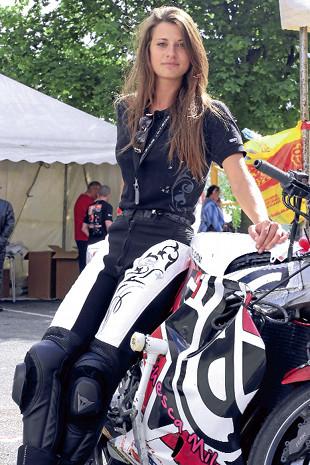 Jim Ross makes a regular appearance with his ex-works Aermacchi and crowd favourite David Clarke, heads a large 50cc entry with his Itom.

Add to this a bit of glamour too with the appearance of Chesca Miles (pic). As a fashion model, singer and motorcycle stunt rider, Chesca Miles is one talented lass and you can see her in the flesh, so to speak, at the Thundersprint Bike Show on May 12 and she’ll then be appearing at the Thundersprint’s ‘Night With the Stars’ on Saturday evening, along with GP stars Danny Webb and Scott Redding, classic icons Jim Redman and Sammy Miller and BBC TV’s Dynamic Duo from MotoGP, Steve Parrish and Matt Roberts. On Sunday, May 13, Chesca will bring her all action riding style to the Thundersprint track, in the centre of Northwich, to tackle the tricky ¼ mile circuit along with over 120 other classic and modern stars. See www.thundersprint.com 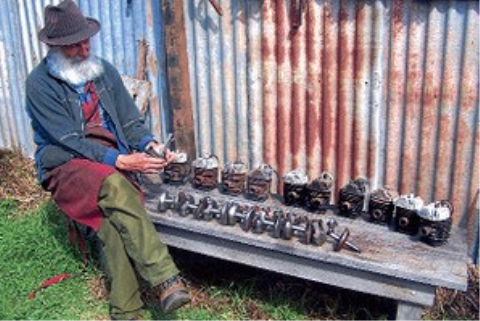 Australian V16
That man Mark Walker, whose outrageous V-twin ‘Big Ned’ was featured in the February 2012 issue of Classic Bike Guide, has been out in the shed again, busying himself with another project...
News - Jim Scaysbrook 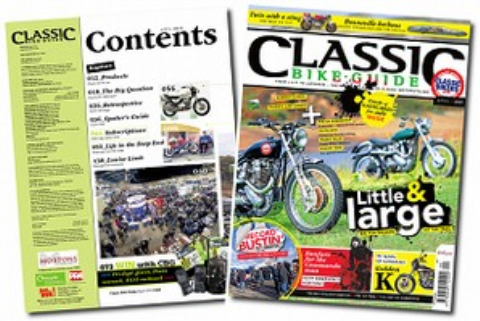 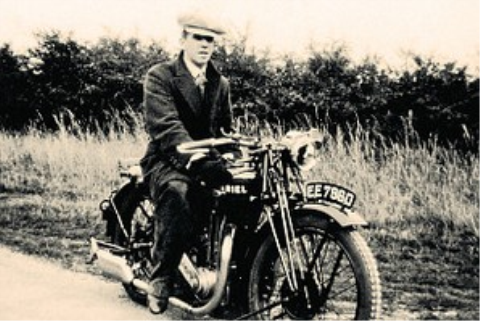 Vintage experience
The VMCC will hold two of its enormously popular Vintage Motorcycle Training Days this year. The training days offer both VMCC members and non members the opportunity to experience the type of machine they might not normally get the chance to ride, all within the safe confines of a closed circuit...
News - Nigel Clark 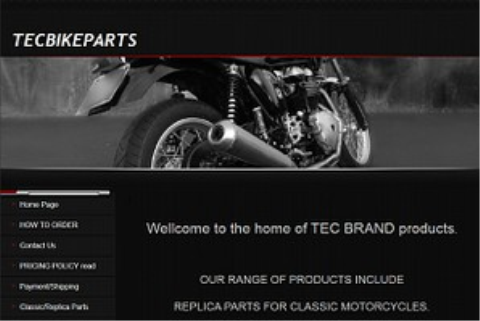