Mr Reynolds, who’d helped keep the Scott name alive by bulk buying complete machines and parts which were used to build his Reynolds Specials (earlier Aero Specials) during the hard times of the early 1930s to help the factory’s cash flow, had been working on a single cylinder 250cc design as well as the twin. As with earlier Scott powered Reynolds Specials, the new AER was launched in the IoM during TT week, but many UK mainland based parties waited until July to examine the machine at the Reynolds shop.

With bore and stroke dimensions of 57 x 66.7mm, the air-cooled twin-cylinder engine displaced 340cc. While the crankcase comprised four castings, the pair of all alloy cylinder heads were cast as one as were the barrels which had pressed in liners. The built up crankshaft carried a flywheel to the right while a pair of sprockets on the left drove the Pilgrim oil pump and the primary drive chain. With mid-machine height exhausts the AER was fitted with an Amal carburettor and Burman four-speed gearbox.

More Stories
British Bike Bonanza
The annual extravaganza that is the British Bike Bonanza will take place at Sallywood Park in Gloucestershire on Saturday, June 30 and Sunday, July 1, 2012. This festival of classic off-road action will feature two trials, a grass track and a full programme of scrambling...
News - Tim Britton
New classic MZ spares supplier
Devotees of Eastern European motorcycles will be delighted to learn that their bikes have just become a little easier to keep on the road. MZ enthusiast Phil Speakman has converted his long-time hobby into a going concern and has opened for business with the all-new online MZ Shop...
News - Rowena Hoseason

Freddie returns to Spa
US track star 'Fast' Freddie Spencer will be attending the Bikers' Classics at Spa Francorchamps, marking 30 years since his 500GP win at the Ardennes circuit...
News - Malc Wheeler 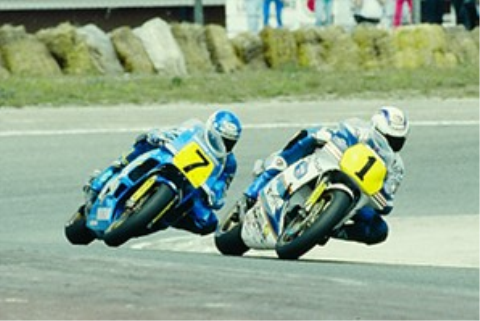 The way we were: July 1987
In an effort to revitalise its National Rally the ACU revised the rules making it easier for riders to secure the coveted gold award. The scheme worked for the event held over the first weekend in the month...
News - Richard Rosenthal
Download the Classic Bike Hub app