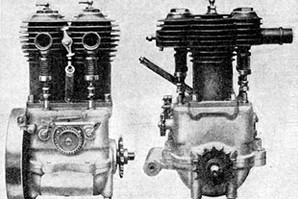 For months rumours suggested development of the side valve 4½hp parallel twin was under way at the company’s Priory Street, Coventry works. The engine was designed to fit transversely across the frame while a single skew gear driven camshaft running in line with the frame operated all four valves – exhaust to front and inlet to rear – from pairs of lobes at either end. The magneto drive was by an adjustable skew and following Triumph’s usual practice, ball bearings were used throughout the engine with the exception of the little end bushes.

Although air-cooled, much of the design followed car type practice including the horizontally split crankcase with crankshaft mounted on its main bearings to the upper half with the flywheel external to the engine. The Motor Cycle writer pointed out that for easy access the complete motorcycle could be turned upside down, a feat much harder to accomplish with a car.

Late summer was and still is the season for unveiling new designs and making the most of the time of year Blumfield and James announced new V-twin engines in readiness for the autumn show season. 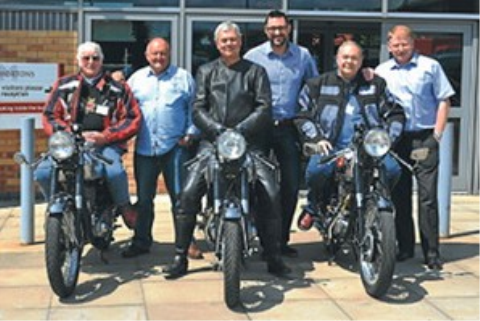 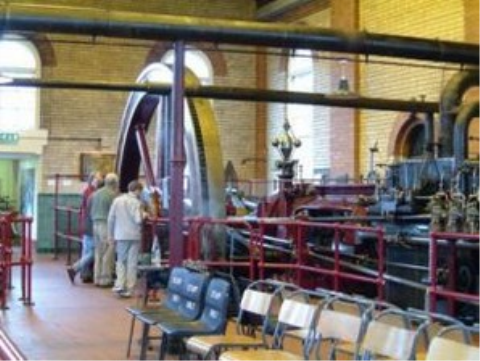 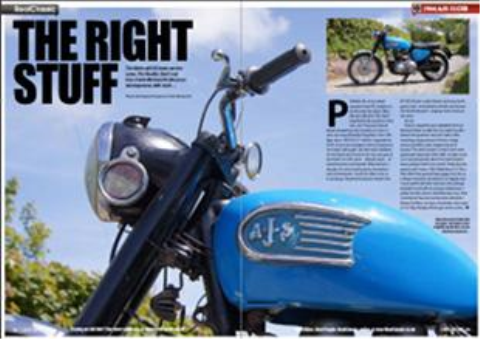 RealClassic 111 out now!
British twins, singles and two-strokes sit alongside an awesome example of the archetypal UJM, an affordable Italian V-twin and BMW’s hard-to-beat Boxer. All this and more in the pages of this month’s RealClassic magazine…
News - Web editor 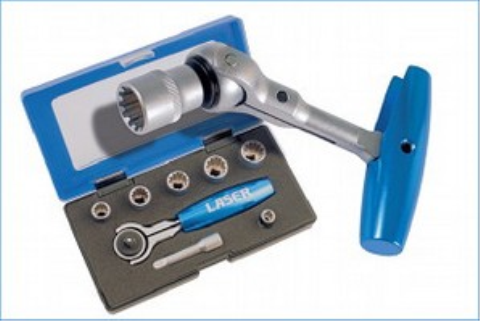