The course too was slightly different from last year with Callart Pass back in and terrifyingly steep drop down to the Kinlochleven road that is so hard on riders arms and shoulders.

With the entry split into two routes – odd numbers starting at section one and the evens along at pipeline –  as they were flagged away by special guest George Greenland, a man with quite a record of Highland trials riding, queuing was minimal and the entry kept moving. The talk from riders was about the sections this year… were they harder? Yes said the entry, not so said the organisers. Were they too hard? No, said everyone.

At the end of Day One Davey Morewood was on clean and went to be on Friday knowing all he had to do was go clean on Saturday. In the end, did just that and for the first time in a long while, the trial was won on zero. Not that Morewood had it easy as he admitted in the Classic Dirt Bike Scottish HQ – or the Tailrace Inn as it’s normally called – he’d had a scare or two on the Mamore sections – loose rocky gullies and had come out of one almost sideways.

Look out for a test of Davey’s Ariel in Classic Dirt Bike.

The way we were: 1912
1912 Military motorcycling notes: despite heavy rain leading to appalling road conditions, last Sunday's mobilisation was an outstanding success for both the entrants and the Army authorities, who are now starting to understand the capabilities of the motorcycle in the field when ridden by a competent rider...
News - Richard Rosenthal 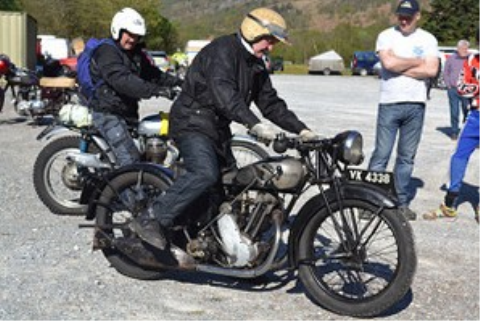 Highland TT…
Gordon Butterfield kicks his Ariel into life as Paul Lowther looks on. Pic Fiona Watson This twisting rock strewn climb out on Moidart could change the outcome of the trial as riders balanced, crawled and
News - Classic Bike Hub UK
Highland TT…
'Highland TT' is what the Thursday route on the Scottish Six days Trial used to be referred to as riders pelted round the Moidart Peninsular. The Moidart Run is a slightly more sedate affair and takes in a visit to one of the iconic sections of Scottish Six Days Trial history – The Devil’s Staircase...
News - Tim Britton 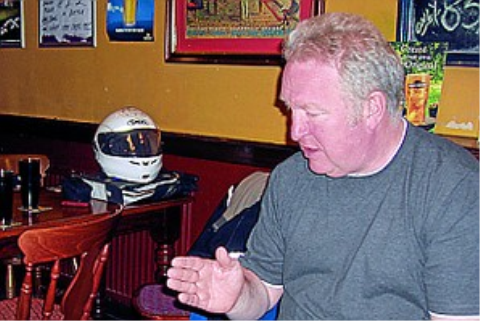 Roads Minister joins MAG
Such is the momentum and influence the Motorcycle Action Group has accumulated recently, the new Hemel Hempstead MAG group was visited by its MP, the Roads Minister Mike Penning (image), who promptly joined as a full member...
News - Tony Carter
Download the Classic Bike Hub app