The occasion is the Offham Steam Rally and while a couple of steam engines, the oldest vehicles present, simmered gently opposite the pub, the extensive village greens, and many of the footpaths, were occupied by machinery from the vintage and classic periods.

Among the earlier bikes was Douglas White's recently acquired 250cc BSA B21. After an intense time in the workshop, the ride to Offham was his first real outing on the bike. Elsewhere, Bob Marshall announced his arrival from Thanet with a healthy crack of exhaust from his 1928 Model N Triumph. However, Bob admitted the bike had not been ridden all the way from home.

Few could walk past the gleaming Triton of Peter and Trish Yendell without stopping to admire it. Purchased 44 years ago, after the combination of  Featherbed and Tiger 100 received a  new registration in 1967, the bike's had a protracted restoration, but is now regularly used for classic events.

At times, the village endures complete gridlock. Nevertheless, it's a focal point for clubs, the destination for an autumn run or a day out for anyone fascinated by old machinery, where everything (and everyone) has a story to share. 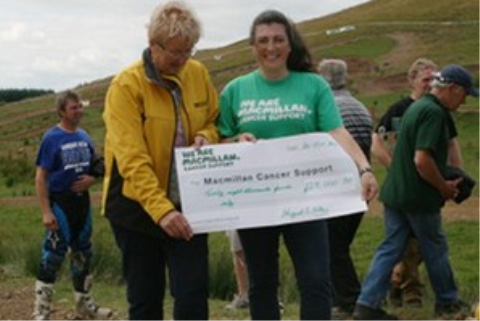 Robbie Allan 50/50 Memorial Event, Lanarkshire
Now that the dust has settled on what was clearly a unique and successful event the organisers are pleased that everyone who attended Tinto Park Moto and supported such a good cause seemed to thoroughly enjoy themselves whether they were competing, spectating or helping out...
News - Tim Britton
What we\'ve been wearing
Having for years ridden in predominantly black riding gear, this year TCM editor had a \'switch\' to this new Barbour International suit, in \'sandstone\', which was teamed with a silver version of Davida\'s new Ninety 2 crash helmet and a pair of yellow and black Spada Forty4 Driver gloves...
News - James Robinson
Download the Classic Bike Hub app