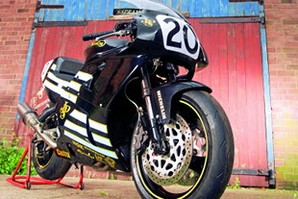 Says David: “The bike is a two previous owner 1959 ES2 500 Norton, this is a local motorcycle bought new by the late Gilbert (Gilly) Iveson from Bangor Co Down on July 3, 1959. He bought the bike from our well known Norton agent; Chambers motorcycle dealers in Belfast. Gilly motoXed, trialled and I saw him racing it at Kirkistown race circuit during the early 1960s.

“Gilly had a quite severe disability, he had very short legs therefore he always had a sidecar attached, for a period he had an Austin A30 engine running in the bike. I purchased the ES2 from a friend who had bought it from Gilly and then carried out, I am sure you will agree, a superb restoration on the bike. One of the stories I have heard so far is that the passenger had to hold Gilly on the bike while cornering.

“None other than ex-Honda works racer and 50cc world champion Ralph Bryans says that he held Gilly’s chair down a few times. If anyone can fill me in with any more stories or anecdotes, I would welcome that.”

Let us know and we’ll pass details on. 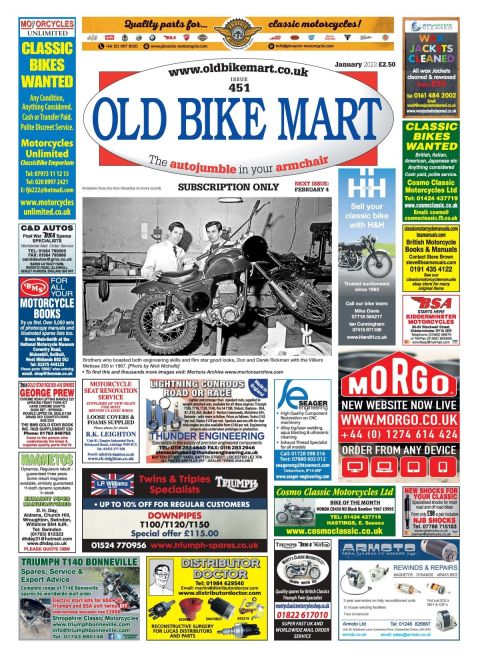 Six appeal for the 2014 calendar from CBX1000.us
Six cylinders, 105 horsepower and an engine as imposing as a monument: When the Honda CBX hit the market in 1978 it started an entirely new chapter in the history of the motorcycle...
News - Tim Britton
Real Classic 114 out now!
The October issue comes over international with articles on a BMW R90S, Laverda GTL twin, and Kawasaki Z750. But to keep things Britishly balanced, you’ll also find BSA’s Bantam and M20, Cottons aplenty, Scott’s Squirrel, Enfield’s Bullet and a big Norton single inside, too…
News - Web editor
Download the Classic Bike Hub app