The revised Manx Grand Prix Festival will see the Classics become the feature races with a high profile series of races planned over the August Bank Holiday weekend, with the popular Festival of Jurby running on the Sunday.

Also causing interest at the Festival of Jurby was TT solo star Micheal Dunlop turning some quick laps on a sidecar outfit with regular TT winning passenger Dan Sayle in the chair. When asked how it had gone Sayle said: “He’s getting there.” Dunlop was vague about the prospect of racing an outfit at next year’s TT - his only comment being: “It’s a right good craic!” 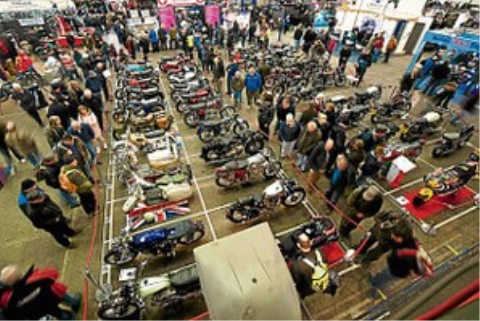 Waiting almost over for Stafford Show
Entrance to show always have an excellent mix of superbly restored classics Regular attendees will know that the October extravaganza is all about later stuff but they will also know that we don’t ignore the
News - Classic Bike Hub UK
First MGP result
A popular podium for Chris Palmer as he wins his third Manx Grand Prix title with classic 350cc victory while Peter Symes takes the honours in the 250cc race...
News - 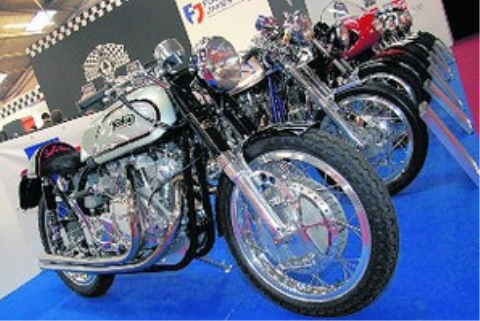 Chrome-plated insanity
New proposals from the EU concerning the Registration, Evaluation, Authorisation and restriction of Chemicals (REACH) will limit the ways in which chromic acid can be used...
News - Steve Rose
Waiting almost over for Stafford Show
Though it is a few weeks before the doors open on the 19th Carole Nash Classic Motorcycle Mechanics Show at the Stafford County Showground, on October 20-21, there’s already lots of interesting stuff going on as people prepare for the event...
News - Tim Britton
Download the Classic Bike Hub app