The special event in Surtees' home town will feature static displays and a parade of rarely seen race cars and bikes as well as veteran and classic vehicles along Edenbridge High Street. The Edenbridge Fun Day will raise awareness and funds for the Henry Surtees Foundation which was established by John Surtees following the tragic death of his son Henry while competing in Formula 2 race in 2009 aged just 18. The Henry Surtees Foundation aims to give young people from the community at large opportunities to experience the emotion, disciplines and learning that the world of motor sport offers.

The Team Surtees and John Surtees related vehicles taking part in the Edenbridge Fun Day and parade will include:
• A TS7 Formula 1 car which John Surtees raced at the British Grand Prix in Brands Hatch in 1970. John Surtees will drive it.
• The TS14 Formula 1 car which Mike Hailwood drove to second place in the 1972 Italian Grand Prix. It will be driven by McLaren Formula 1 team reserve driver Oliver Turvey.
• The TS15 2-litre Formula 2 car which won the prestigious Interlagos race in Brazil in 1973. Past Formula 3 British Champion and A1 Grand Prix runner-up Robbie Kerr will drive it.
• A 1960 MV Agusta four-cylinder GP motorcycle – John Surtees won seven motorcycle championships riding for MV Augusta.
• A 1954 BMW Rennsport twin-cylinder motorcycle – John Surtees raced for the factory team at the Nurburgring in 1955. Engineers associated with John Surtees’ career on two wheels will ride the motorcycles.

The vehicles will be displayed throughout the day outside the Bradford shop, Station Road, where they were built and designed by predominantly local residents.

More Stories
Amberley Museum annual show
The Amberley Museum is located within a network of roads which offer some fine motorcycling. With a few hundred years of technology in various features at the destination and factoring in fine weather; it had all the makings of being a great day out. And so it proved...
News - Alan Turner
Classic Dirtbike on sale!
Jeff Smith Beezer, an hour with the USA MXdN teamsters, X-Lite Bulto in action, Vic Allan Launches a Red Rocket works replica, Kramer MX and Enduro plus all the latest sport news and regulars. On sale now!
News - Web editor 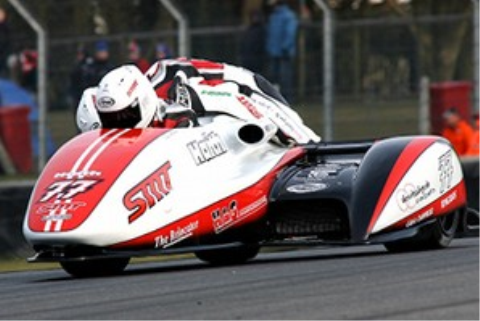 Sidecar crews on parade at the TT Mountain Course
The 2013 Isle of Man TT Races will celebrate the 90th anniversary of sidecar racing at the world famous event with a parade lap featuring some of the sport’s greatest exponents and machines...
News - Web editor
Download the Classic Bike Hub app