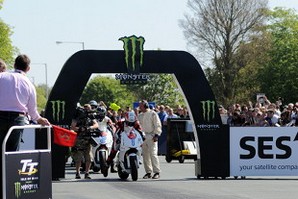 The Midlands rider smashed the record unofficially earlier in the week during practice on the MotoCzysz 2013 bike, but only narrowly took victory from Mugen rider John McGuinness. Rutter's new record official is a time of 20:38.46 (109.675mph), beating his time last year (21:45.33/104.056) by over a minute.

John McGuinness was not far behind, lapping with a time of 20:40.13 (109.527mph) on the Mugen machine. The Morecambe missile showed that he can be just as competitive in the Zero class as he is in the other classes at TT 2013. Robert Barber, the 2009 race winner, took the final podium place on the Ohio State University machine, which lapped the Mountain course in 25:02.467 (90.403mph). Rutter’s American MotoCzysz teammate, Mark Miller unfortunately retired at Ballaugh Bridge with a broken gear box.

After announcing that this would be his last TT, Ian Lougher paid tribute to Yoshinari Matsushita, the Japanese rider tragically killed during practice. David Madsen-Mygdal on the Imperial and Paul Owen on the Brunel University machine completed the group in today’s one lap race.

• Another reminder that Aussie ace Josh Brookes will be book signing snd posing for pics at WHSmiths in Douglas tomorrow. 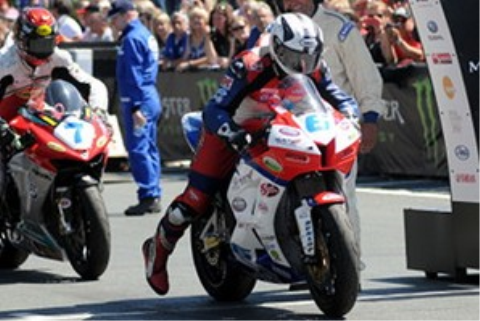 IoM: Dunlop makes it four!
Michael Dunlop smashed his own lap and race records in a thrilling second Monster Energy Supersport race on Wednesday afternoon at the 2013 Isle of Man TT Races to remain unbeaten for the week and become only the third rider to win four races in a week...
News - Web editor
Normous Newark Autojumble
A reminder that the Normous Newark autojumble is being held this Sunday, June 9th at the Newark County Showground and it is THE place to be if you're after spares and rare parts for your bike or car...
News - Web editor
Josh Brookes book signing at Douglas, Isle of Man
The scheduled Island Racer 2013 book signing by Josh Brookes last Sunday on the Island didn't take place as it became a race day. The good news is we've re-scheduled it for this Thursday 6th at 2pm...
News - Web editor 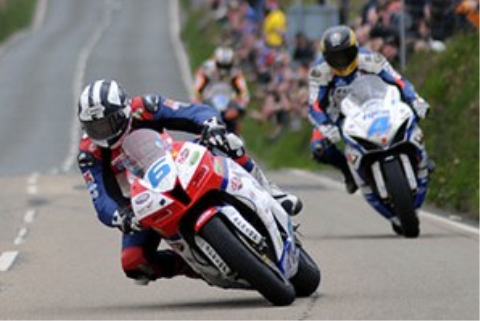