He said: “I have two family photographs, one taken in 1905-6, I think, with my great-grandfather Granger Willson and wife Dorothy, probably in Fordham, Cambridgeshire.

“The second is my great-uncle John in 1921 looking cool with fag on lip, at Fairbourne near Barmouth in Wales. He lived in Shrewsbury and was on holiday. Fairbourne beach is a longish stretch of sand and apparently uncle John and my grandfather had the bike up to 70. I have checked whether the number NT5 is still in use - it isn’t.”

Ben is interested to know anything about the bikes and if they’re still around. 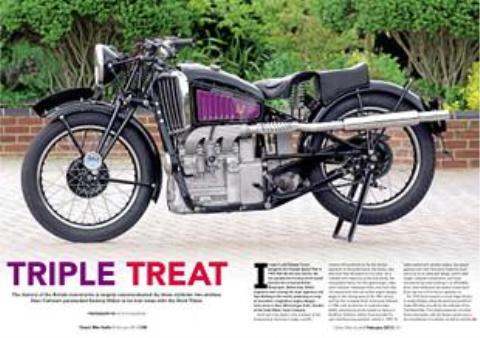