The 34th Carole Nash Classic MotorCycle Show takes place on the weekend of April 26-27 at Staffordshire County Showground, and racing legend John Surtees will be there as guest of honour five decades after becoming the first man to win world championships on two and four wheels following his fantastic tussle with Graham Hill for the 1964 F1 title.

Surtees will take along his Ferrari 158 car, plus his championship winning MV Agusta and Norton F Model, while there will be more fantastic machinery to see, including a Moto Major – an Italian made motorcycl 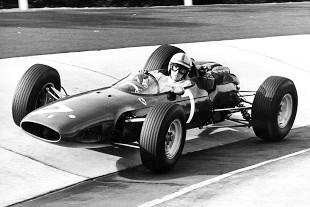 e never before seen in the UK.

The Bonhams auction is always a highlight of ‘Spring Stafford’ and this time includes a 1939 Brough Superior SS100 motorcycle once owned by the designer himself. First registered on May 24, 1939 by George Brough, the SS100 was put through its paces taking part in the London to Edinburgh endurance run two days later.

The current owner’s father has stored the motorcycle since 1967, using it sporadically since then, and it has been maintained to a high standard. The Brough Superior has an estimated sale value of £140,000-180,000.

Among the other treasures up for auction over the weekend are a 1975 Bimota 970cc HB1 and a 1929 Scott 596cc racing motorcycle.

The two day event will have something for everyone with an interest in motorcycles, including some superb private entry and classic club bikes, along with hundreds of trade stands, an extensive autojumble, The National Motorcycle Museum plus live entertainment in the form of the Wall of Death, Classic Racer Grand Prix Paddock and Classic Dirt Bike Experience.

But for many, it’s the appearance of Surtees which takes it into the premier league of events, especially as he celebrates two landmarks this year – the golden anniversary of his F1 title, and his own 80th birthday.

He’ll be sharing stories from his fantastic career on and off the track, and also promoting a new photographic memoir which will be launched in June – the proceeds of which will go to the Henry Surtees Foundation. 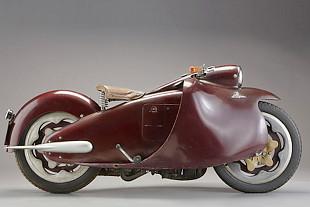 Show organiser Nick Mowbray said: “John Surtees is a hero of so many classic and modern motorcycle enthusiasts; what he achieved is truly remarkable. He is a star name… and not just in motorsport.

“No other man will ever repeat what he has, and this will be a fantastic chance to come and see John in the flesh.”

Advance tickets for the 34th Carole Nash International Classic MotorCycle Show can still be bought from www.classicbikeshows.com or over the phone by calling 01507 529529 – with an advance one day adult ticket costing £10, a £3 saving on the gate price. 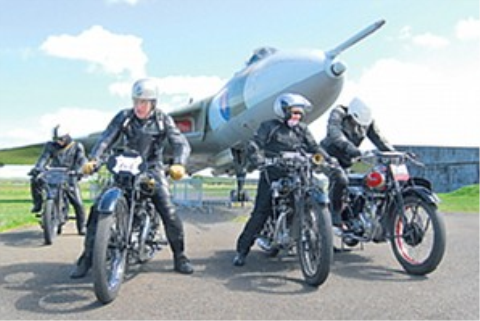 A civilised do at the Highlands
The 2014 Scottish Demob Run will start from The Pier on the shores of Loch Leven in Kinross just off the M90 on Sunday, May 18, 2014. The venue has changed every year since its inception so the run is never the same from year to year...
News - Tim Britton

Classic Motorcycle Mechanics on sale - May 2014
Yamaha FZR1000R EXUP, and why it's a great buy! Plus top tiddlers of the Seventies, Yamaha YDS2, Kawasaki ZXR 750, KR-1S overhaul, rebuilding carburettors for peanuts and all the usual columnists and archive stories. On sale now!
News - Web editor

Hot Honda sells for a song!
A Honda CB750 from 1968 has sold for almost $150,000 in the US. The bike is one of four pre-production machines that were produced by the Japanese factory for dealer seminars in North America and Europe in 1969...
News - Bertie Simmonds

Mallory Park Bike Bonanza
The Mallory Park Bike Bonanza, to be held over the weekend of July 11-13 will have something for everyone, ranging from club stands and parades, an autojumble, on track parades and appearances by top personalities, among them multi world champion Giacomo Agostini...
News - Web editor
Download the Classic Bike Hub app