A real rare bird on these shores, this beautiful Clymer built, Indian badged, Royal Enfield. Akin to the Indian Velocettes and Triumphs, Floyd Clymer used an Italjet chassis, with all the best contemporary parts, such as Marzocchi forks and Grimeca brakes. A batch of some 200 Interceptor engines was ordered but only perhaps 15 machines were actually built before Clymer died, the remaining engines were then used by the Rickmans for their Interceptor Metisse.

This particular 1970 machine was spotted on an internet auction site, advertised as an Indian, over in Weymouth, USA. The owner would not accept any form of payment from anyone unless it was via an American bank account, so Dave Holliman, who bought it jointly with Andy Legg and Maurice Mumford, signed up with American Express. However, their cheque maximum is $100, so Dave spent one day writing out no less than 84 individual $100 cheques, which were bagged up and sent to the owner.

The whole episode took some four months before the bike was in Blighty. The restoration was straightforward in that Andy has a spray shop, so took care of the cosmetics, Maurice used to work as a wheel builder at Enfield’s Bradford-on-Avon factory and Dave is a mechanic, so it was back to full health in no time. A lovely piece of work for sure. 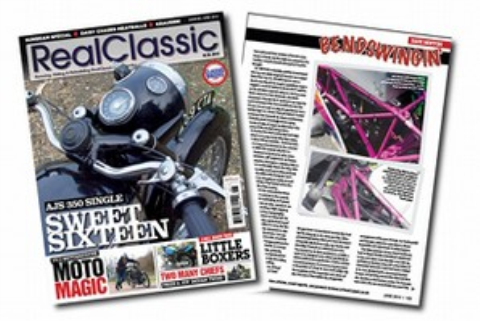 RealClassic 98 on sale now!
Unlike most classic bike magazines, the monthly RealClassic magazine isn’t available in the shops. So if you want to read the June issue, you’ll need to buy one online, or subscribe…
News - Web editor 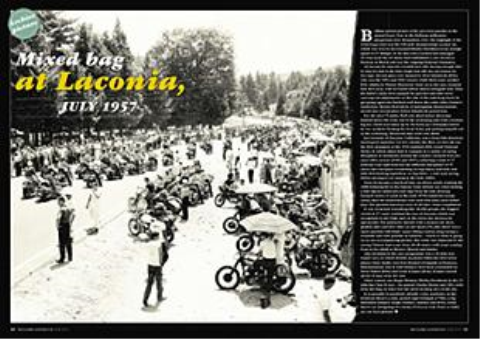 The Classic Motorcycle on sale!
The July issue of The Classic MotorCycle has just gone on sale. Packed with the usual blend of classic features, restorations and archive material, and with a FREE reprint of a 1952 issue of Motor Cycling, celebrating the title's first 50 years...
News - Web editor
Classic Bike Guide on sale!
Giant three-bike roadtest, with two classic British singles – a Gold Star and Velocette Venom Clubman – and an Eighties pretender in the shape of Honda’s GB500TT British single café racer tribute. Was the more sanitised Japanese tribute an improvement on the original torquey British bike formula or too clinical to hit the mark?
News - Web editor 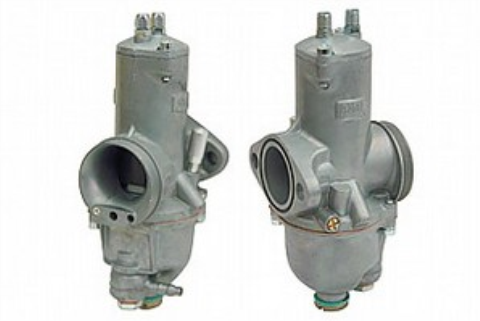 Mk1 Concentric makeover
AMAL Carburetters has taken its Mk1 Concentric and given it a long lasting makeover, with material changes to the slide and body area, which will enhance carburettor life...
News - Nigel Clark
Download the Classic Bike Hub app