• Editor's intro
Bertie sets the scene
• Archive
Niall Mackenzie (CMM’s own LC and Fizzy fettler) back in 1987.
• Quick spin– 1999 Ducati 900SS
Mossy rides the face-lifted Ducati legend. Pig in knickers?
• News
Where to go, what’s hot, not and new as well as columnists
• Calendar
August should be the best month yet for places to go
• Feedback
You love us, you loathe us, you lick the stamp
• Show us yours
You love your bikes and it really shows here
• Ugly ducklings
Do ugly bikes make cheap future classics? Let’s ask
• Kawasaki F7
Enjoy a little of life out on the two-stroke trail
• 1985
GSX-R750, Live Aid, the Cold War thaws and the GPz600R
• Moto Morini 3½
Jon Bentman on the marvellous V-twin Morini
• Suzuki GSX-R750F
Karl Webster restores one of the first loves of his life
• Honda C110
A son restores a bit of dad’s history before the National Rally
• MIRA files: Hesketh
John Nutting on the big, and often bad and brash British V-twins 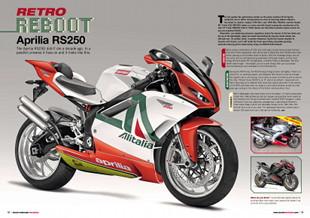 More Stories
NMM Friends membership scheme launched
The National Motorcycle Museum marks its 30th anniversary in 2014 with the launch of an innovative membership scheme and the chance to win a Matchless G80 in a free draw...
News - Web editor
New Classic TT Trophies
New Classic TT Trophies, named after four of the greatest names in TT history, have been created for this year's Isle of Man Classic TT Races in August...
News - Web editor 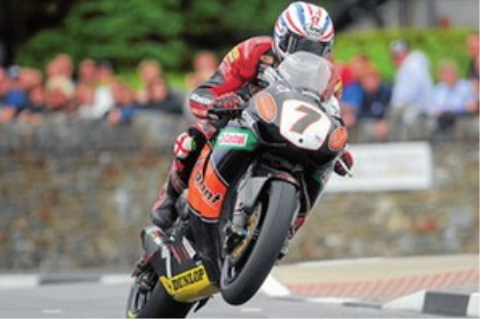 The TT comes to the Wheatsheaf, Louth!
Less than two weeks to go for the TT Riders Association fundraising event in Louth, Lincs, organised by the TT RA in association with Classic Racer magazine...
News - Web editor
The Salon Privé Concours d’Elégance 2014
Salon Privé 2014 will be showcasing some of the best motorbikes, across two classes, for the fourth year in succession at Syon Park this September 3, 2014...
News - Web editor
Download the Classic Bike Hub app