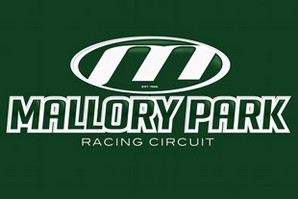 It has the big-names, including multi-time World Champion Giacomo Agostini and 21 time Isle of Man TT winner John McGuinness but among them, on track, will be Ivy Mosely, a 100 year old lady who is an avid motorcycle enthusiast and keen Valentino Rossi fan. She will enjoying a parade passenger lap in a historic 1950 BSA 650cc A10 Golden Flash Sidecar outfit, which when it was first marketed in 1950 it sold for £213.12 shillings and weighed 405lbs.

The sidecar will be provided courtesy of the National Motorcycle Museum and former sidecar racing World Champion Colin Seeley will take Ivy for a lap, something he reckons "would be great fun, and he'd be absolutely delighted to do.”  Ivy, by the way, was not content with a telegram from The Queen, to celebrate her 100th birthday a few weeks ago, joining her grandson who is a test driver for McLaren for three laps of Silverstone, topping speeds of 160mph.

Ivy has always been interested in motorbikes; her father had bikes but would not allow her to have one. He said she liked speed too much and was too dangerous, and much to her annoyance he allowed her brothers to have bikes. Ivy has only one regret in life and that is that she never became a motorcycle racer.

In addition to providing a blast from the past, with the BSA sidecar, Seeley will also parade a brand new Rennsport BMW–Fritz Scheidegger replica outfit with his passenger Peter Crew.

And Alan Egley (79) who took part in the first race meeting at Mallory on the 15 May 1956 on his 250cc AJS will also be at the circuit for the race bike parades. Alan and his wife Margaret will be guests of honour during Sunday. Alan will enjoy a lap of his favourite circuit on the BSA 650cc A10 Golden Flash something he relishes: “I think I’d like that, in fact I think I’d really enjoy it.”

The three day event features an autojumble on Saturday, a classic sporting trial organised by the Owd Codgers Motorcycle Club on Saturday when there will also be road-bike parade laps on the circuit, club stands to browse, a chance to discuss bike values and view classic machines with H&H Auctions while on Sunday there are race bike parade laps.

Live music, featuring BBC’s The Voice finalist Sally Barker on Friday evening, and local rock and roll band the Del Sharrons on Saturday evening, plus a licensed bar add another dimension to the weekend. Chat shows add to the party atmosphere and to ensure that everyone attending can move around more comfortably than in previous years, a new gate and crossing point will be opened to allow access from the outer trackside area to the paddock, thus avoiding any congestion on the bridge across the start-finish straight.

NMM art gallery is now open!
From now until November 1 there will be a 'Pop Up' art and photographic gallery in the foyer of the National Motorcycle Museum at Solihull...
News - Web editor
Alan Abrahams
For Alan Abrahams, motorcycling was a constant source of entertainment, whether during the time he spent in the workshop or better still, out on the road...
News - Alan Turner 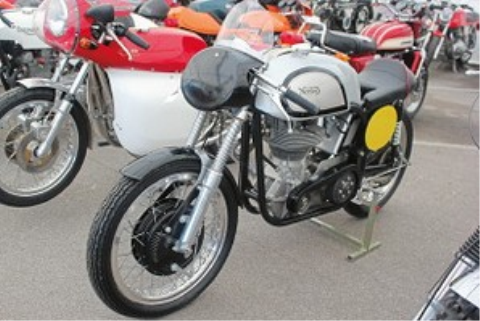 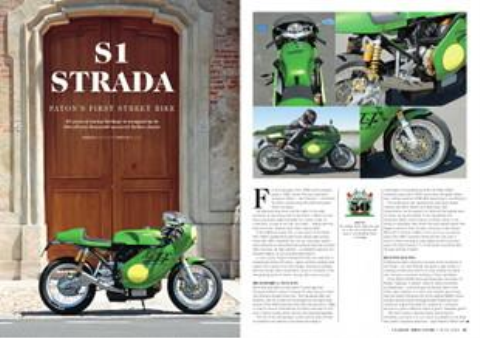