With track time strictly limited on Sunday due to planning regulations, the club managed 20 races and two parade sessions on both days of the event.

CRMC provides the opportunity to race machinery from an era when the Japanese manufacturers were displacing the long-established British and European factories to eventually dominate almost every type of competition. A measure of compensation was offered by the variety of machinery racing and the entry at Lydden certainly reflected that, with a fine mix competing in a number of classes.

The starter looked out over a full grid for most of the races, where up to four different classes might be combined. The sight of 200cc four-strokes and two-strokes mixing it with 250 Ducatis and 350 Gold Stars around the sinuous mile that constitutes a lap of Lydden may be unusual, but it's also very entertaining.

Top 350 Goldie man was Lancleot Unissart, who was trailed home by John Warwick on each of their four outings. Warwick had a better result with his bigger Goldie, with two wins on Sunday. His nemesis in this class was Dutch visitor Joop van de Pol. George Hogton-Rusling hustled his Trident to three victories in Formula 750. Prestige race of the weekend was the Charlie Sanby Trophy, a round of the CRMC's 'King of the Classics' championship. Hogton-Rusling was Yamaha-mounted to take this one and the best of the British bikes was Gary Thwaites' 940cc Triumph in third.

Among Olie Linsdell's rides was the Flitwick Motorcycles Enfield and he had little opposition in his 500 Clubman class.  Alex Sinclair (Egli Vincent) beat the Manxes and G50s for 500GP honours. 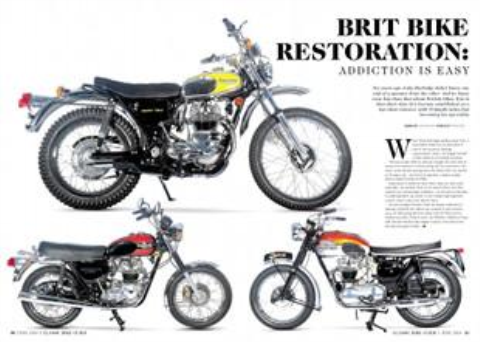 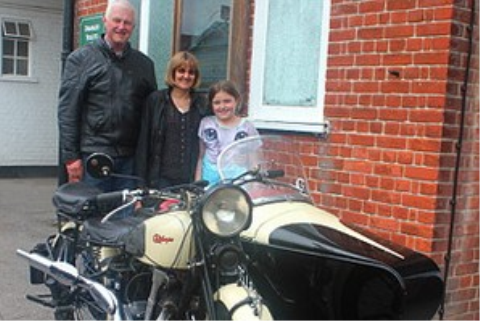 Brooklands: The 1940s relived
The 1940s Relived is a more recent addition to the Brooklands calendar, but succeeds in encouraging many people to dress up for the occasion, in uniform or period dress, to create a serious helping of nostalgia...
News - Alan Turner 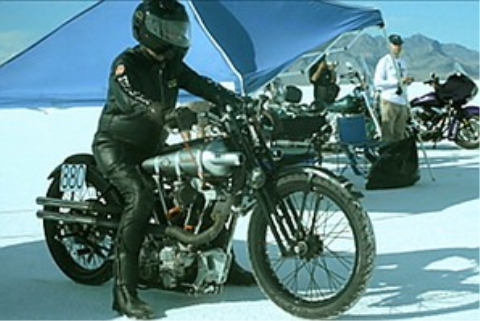