It is hard to imagine what it was like when he was travelling around Europe in a mate’s Commer van, the two of them sleeping in the back between the bikes, the tools and the riding gear. It’s not the lifestyle you associate with a top ranking motocross rider and his mechanic, but that’s how it was when Badger rode for Great Britain in the Trophée des Nations.

After a promising start as a privateer, his first ‘works’ ride was with Gloucestershire-based Cotton in 1958, later switching to Greeves.

“In 1963 Derry Preston-Cobb, the sales manager, invited me up to the factory in Thundersley, Essex, and offered me a £1000 sponsorship deal,” says Badger. “Half the money was to come from Greeves and half from Shell – I’d hit the big time!”

It soon became obvious that Badger couldn’t combine his lorry driving day job with the rigours of motorcycle competition, so he invested his money in what he enjoyed and opened a small motorcycle shop in Yeovil. The business grew, especially when he handled Maico machines, although his greatest personal successes were achieved riding Husqvarnas.

In 1966 he won both legs of the Trophée des Nations at Brands Hatch and the following year he won in Czechoslovakia. Dave Bickers was a constant rival, but in 1970 Badger beat him to the chequered flag at the 250cc BBC TV Grandstand Trophy.

Badger retired from competitive riding in 1976 and now his son Jeff and daughter-in-law Sophie run the new shop in the Yeobridge Trade Park (01935 472424). But he’s far from finished with motorcycling – after all, when a man’s been in the business for 50 years he’s bound to have more than a few good tips to pass on. 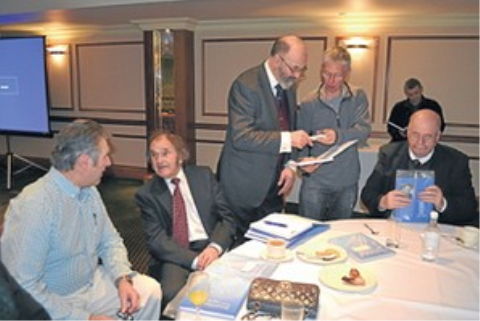 Triumphant book launch
Many of the great and good from the late 1960s/early 70s halcyon days of Triumph’s experimental department gathered at the National Motor Museum late November 2013, to celebrate the launch of a new book, Triumph Experimental: Doug Hele and his development team 1962-1975...
News - Tim Britton 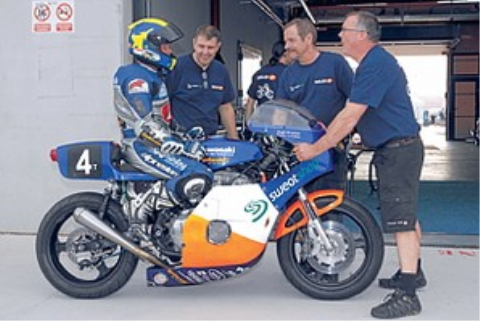 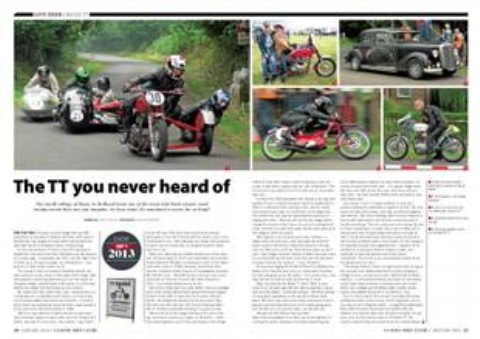