Elsewhere, accompanying an eclectic range of pre-war cars, there was a selection of Morgan three wheelers contesting Saturday’s Speed Trials on the Mercedes Benz test track. Among them was the Super Aero of ‘reformed’ vintage sidecar road race passenger Sue Darbyshire. She partnered husband George for many years.

Sue was lucky to be at Brooklands, as she had managed to invert the Morgan at a Wiscombe Park hill climb a month previously. As well as damaging the car, the accident was also the cause of a broken arm, but this did not become apparent until two weeks later! An arm brace that was a product of modern technology enabled her to thread the 1929 Morgan around the sinuous sprint course. Her efforts resulted in fourth in class (Pre-1941 Racing Cars 1101-1500cc) and Fastest Time of Day by a Lady Driver.

More Stories
The way we were: August 1912
Press announcements confirmed Holley Brothers of Northumberland Road, Coventry was ready to launch an automatic carburettor. Although the carburettor was known as a Hedstrom after the Indian design engineer of that name, early examples were made for Indian by Aurora...
News - Richard Rosenthal 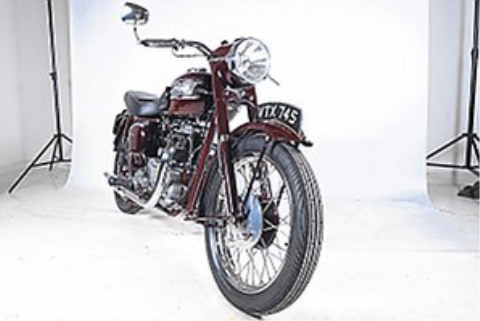 Free bike photos!
Free studio time – and sandwiches… We’re looking for some of the UK’s best classics to photograph and feature in our sister title The Classic MotorCycle, a magazine which specialises in British and European machinery
News - Classic Bike Hub UK
Free bike photos!
Do you fancy getting your bike photographed in our studio, here in Horncastle, Lincolnshire, and featured in a magazine, with a professional set of CD images to take away? We’ll chip in towards your fuel costs... and talking of chips, we may stretch to getting you a sandwich too...
News - Tim Britton
The Classic Motorcycle app
The brilliant TCM app means you can download each month's magazine onto your iPad or Android tablet days before the magazine reaches the news stands, and you can take a stack of back issues of your favourite magazine with you wherever you are in the world...
News - James Robinson
Download the Classic Bike Hub app