Owned by Northern Irish enthusiast Will Corry, the racing special (the frame was made by racer and constructor Doug Beasley, who made a number of special Velo frames in the 1950s) found its way over the Irish Sea in the early 60s, and has stayed there until recently before coming over to the mainland for its restoration.

Reputedly it was fitted with a ‘double knocker’ engine at one point, now it is powered by a single overhead KTT motor. Other tasty components include the AJS 7R hubs and forks. It’ll be in the private displays at Stafford.

There’ll be all the usual show highlights too and the guest of honour will be Phil Read (interview with Phil in the May issue of TCM). The opinion-dividing Prince of Speed has been working hard on his new book and the interviews with him on stage promise to be revealing.

Other attractions include the field-filling autojumble, club stands, trade halls, GP paddock, Wall of Death and the trials display, with legend Mick Andrews to the fore. The trials demonstration  will take place alongside the Dirt Bike Hall, itself packed with classic off-road tackle.

? More information on the Stafford Show 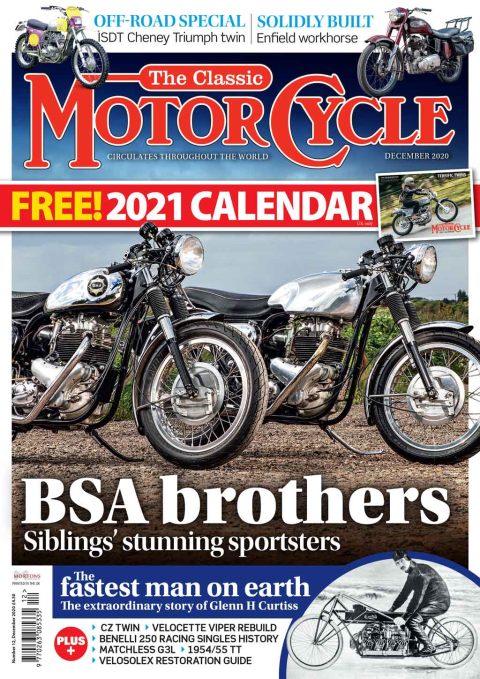 More Stories
Vincent and Broughs to headline Bonhams sale
Pick of the Bonhams auction at Stafford this year will be, again, V-twins. There’s the Montlhery ‘record breaker’ (tested TCM November 2002) Vincent Black Shadow, a hugely desirable piece of kit estimated at £110,000 to £130,000, which will get the Vincent enthusiasts all aflutter...
News - James Robinson

Hailwood Honda replica on track
Though legendary in the off-road world, Sammy Miller was more than a dab hand at Tarmac stuff too. A top GP runner in the late 1950s, with Mondial, the Belfast lad mixed it with the best and proved himself equal to the task...
News - Tim Britton