While their future as presenters of BBC’s Top Gear may be uncertain, the duo’s motorcycles are sure to attract a lot of attention.

“Just because I’m unemployed now doesn’t mean I have to get rid of everything,” said May. “I was going to sell these bikes anyway. And those paintings, and my collection of Scalextric cars. Honest.”

Hammond added: “As a serious collector of motorcycles, it’s important to review one’s stable regularly, and the Bonhams Stafford sale is the ideal opportunity to move bikes on and possibly acquire new ones. I also have a canoe, and some Wharfedale hi-fi speakers, if anyone’s interested.”

Ben Walker, Bonhams international head of motorcycles, said: “Jokes aside, James and Richard are offering for sale some great motorcycles from their collections, including examples of Yamaha, Suzuki, Honda and Norton – and we expect the collection to attract a lot of attention at the upcoming Spring Stafford Sale.

“We’re delighted that they both elected to consign their collections with Bonhams Motorcycle Department, an agreement that originated many months ago”.

Members of Yorkshire’s first family of racing, the pair will also be bringing along two legendary TT-winning machines to display; the Honda RC30 ridden by Nick and the Triumph Rob North Triple ridden by Tony. The brothers will be presenting show awards, signing autographs and chatting on stage with industry favourite and fellow TT champion Steve Plater.

Back at the event by popular demand is the Cavalcade, taking place in the showground’s main ring, which will see several wonderful examples of classic British and European machinery paraded for spectators and new for this year is live music in the venue’s bandstand.

The Classic Racer GP Paddock – showcasing some incredible track and road-racing machines – and the Classic Dirt Bike Experience – celebrating all that’s best about off-road – complete the most action-packed Stafford line up ever.

Tickets for the Carole Nash International Classic MotorCycle Show are now on sale with a one day adult ticket costing just £10 when bought in advance, a £3 saving on the gate price. Passes can be purchased online from www.classicbikeshows.com or over the phone on 01507 529529. 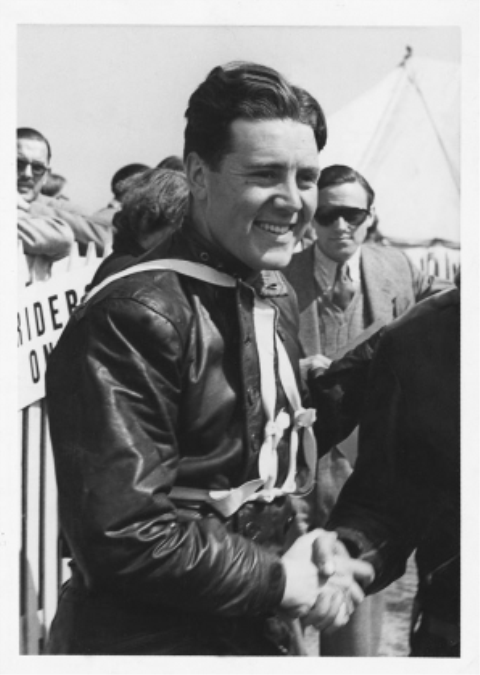 Geoff Duke: 1923-2015
He’s one of the greatest ever to have graced the TT and now Geoff Duke has completed his final lap of the The Mountain course.
News - 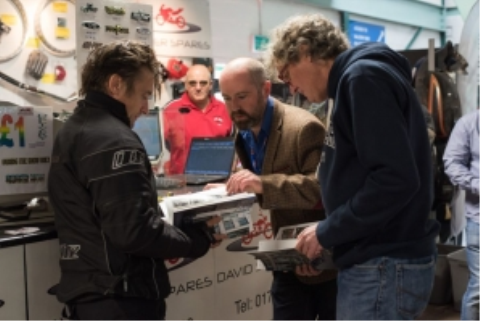 Hammond And May Attend Record-Breaking Stafford Auction
JAMES May and Richard Hammond were among the Staffordshire Showground crowd to see their personal motorcycle collections go under the hammer at a record-breaking Bonhams bike auction.
News - 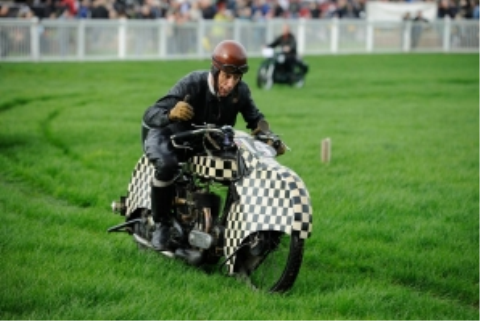 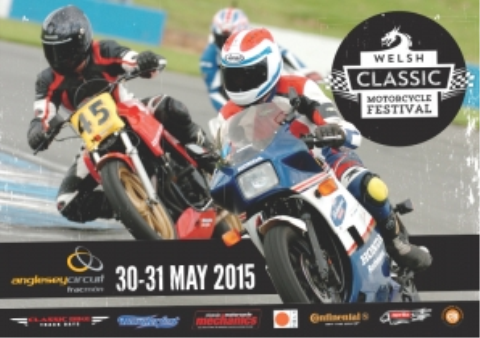