However, that is ‘generally speaking’... as there is one such event – held this year as part of the Carole Nash Newark Bike Bonanza on June 22 and 23 – where rule bending has a blind eye turned towards it, in fact it is positively encouraged. This event has had a number of names over the 80 years or so it’s managed to evade capture by the sensible brigade, initially the Wayzgoose Trial – though what exactly a ‘Wayzgoose’ is has never been determined – then the Press and Trade Trial, or just the Press Trial, but what it all adds up to under those name changes is a madcap event where actually trying to succeed goes against a rider.

Instead of attempting to achieve the perfect zero in a section by riding through with their feet up, riders have been known to bribe observers to record a ‘clean.’ Why anyone would want to indulge in such mayhem is beyond the comprehension of normal people, but for some reason the event is often oversubscribed.

We doubt any sensible purchasers of this publication would even consider riding so daft an event… but in case anyone decides a superb event based around bribery, corruption and flagrant rule breaking sounds exactly right for them then an email to Glynis Roberts in our shows department groberts@mortons.co.uk with Press Trial in the subject box or call 01507 529431 will determine if there are entries left.

You may be lucky and the list will be full, if not and you get an entry, bring cash… lots of it... as you will be benefiting two very worthy charities – the TTRA and the Lincolnshire & Nottinghamshire Air Ambulance.

More Stories
The way we were: June 1963
Eager to increase sales, Innocenti slashed £15 off the price of its then smallest scooter, the Li125, making it the cheapest in its class on the UK market. The ‘Slimstyle’ scooter ran on a petroil mix of 50:1 and could top 50mph...
News - Richard Rosenthal 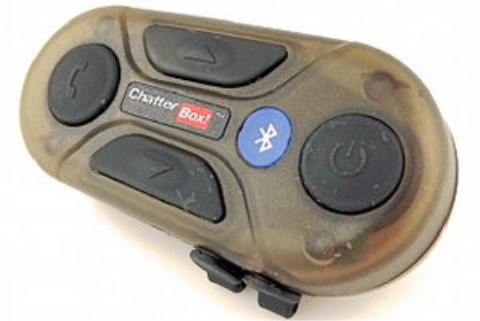 TT: Dunlop and Molyneux/Farrance set the pace
Perfect conditions greeted competitors as the 2013 Isle of Man TT Races got underway with bright sun, light winds and dry roads all around the 37¾-mile course...
News - WEb editor
Alldays and Onions on the Isle
Every year the Isle of Wight section of the VMCC holds a rally for pre 1931 motorcycles. It’s rather wonderfully called the ‘Scurry’ and this year it will be held from September 13 to 17...
News - James Robinson
Download the Classic Bike Hub app