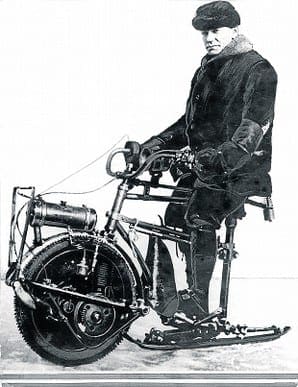 Readers of The MotorCycle in February 1932 were invited to meet the Icycle designed by a night watchman in a New York skyscraper.

The designer was not named anywhere in the newspiece but it was known that he had been on with this project for 12 years and built 20 models to test various theories before coming up with this final version.

It looks to be an interesting machine built around a wheel with a motor in it – which is a familiar concept for autocyclists – but with a spiked tyre for grip. We don’t think it went into production… do you know different?

Other snippets in the news that month were the introduction of three letter number plates instead of the previous two letters. This, it was felt, would give infinite possibilities for registrations.

Finally a 75-year-old enthusiast was apparently regularly clocking up distances of 200 miles a day during continental tours.

More Stories
Dinner with Ago!
It could just be the chance of a lifetime – the opportunity to have dinner with an all time great of motorcycling, Giacomo Agostini
News - Web editor
80 years ago...
Occasional look back at some of the engineering oddities which never made it to the showroom....
News - Web editor 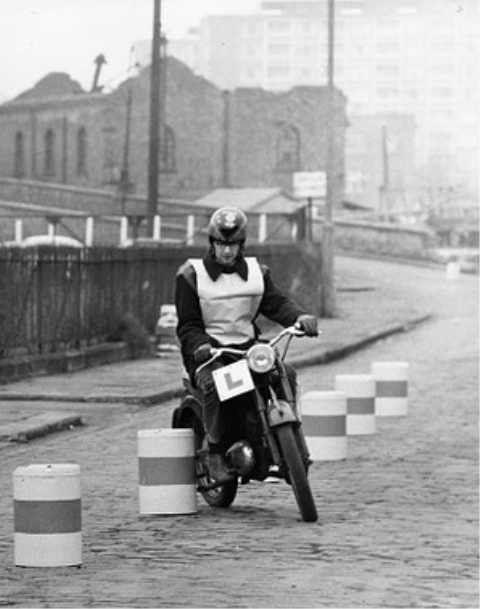 Masses turn to motorcycles
Learner practises The Get On motorbike and scooter campaign says students can save thousands of pounds and hundreds of hours every year by riding motorcycles rather than driving cars. Many students leaving home to go
News - Classic Bike Hub UK
Masses turn to motorcycles
Cash-strapped students are learning they can save a packet by getting on two wheels rather than four.
News - Web editor
Download the Classic Bike Hub app