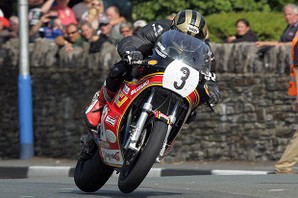 The 2014 edition of the Classic TT looks set to build upon the previous year's success with another impressive array of star riders and motorcycle exotica in the line up. On the back of another four TT victories earlier this month, Michael Dunlop heads the Classic TT entry with rides in all three races. Joining him on the grid will be a host of his rivals from the TT including 21 times champion John McGuinness, 2014 race winners Gary Johnson and Dean Harrison, outright TT lap record holder Bruce Anstey and TT podium finishers in 2014 Guy Martin, William Dunlop, James Hillier and James Cowton.

Other current day TT stars set to do battle around the Mountain Circuit on classic racing machinery include the likes of last year’s 500cc Race winner Olie Linsdell, Ryan Farquhar, Dan Kneen, Keith Amor, Dan Cooper, Lee Johnson, Jamie Hamilton, Jamie Coward and Russ Mountford. They will be joined by a plethora of Classic racing's fastest men including Roy Richardson, Alan Oversby and Bill and Chris Swallow, not to mention 10 time TT winner Ian Lougher, who is continuing his career exclusively on classic racing machinery. Fans will also be eagerly awaiting the return of nine time TT winner Charlie Williams, who makes his racing return to the Mountain Circuit after a 30 year absence.

The 2014 Classic TT will have a 1980s' theme running throughout as the event celebrates the incredible career of the late, great Joey Dunlop. A stunning exhibition of machines ridden by Joey throughout his career will be on display in the paddock while many of the Ulsterman’s greatest rivals will be attending the event to pay tribute in a rival's parade lap.

The Vintage Motor Cycle Club’s Festival of Jurby is now a major event in its own right and will expect to draw in over 15,000 visitors to Jurby Motordrome on Sunday August 24 for a day of parades, exhibits and rider signing sessions, before the final day of racing on the Mountain Course in the Classic TT on Bank Holiday Monday August 25th.

More Stories
Barry Sheene Road Race and Rally Festival
This weekends’ Barry Sheene Festival at Oliver’s Mount Scarborough has attracted another first. Barry’s son Freddie will now ride an RG500 in the parade and the BBC are filming for a documentary about Barry’s career...
News - Web editor 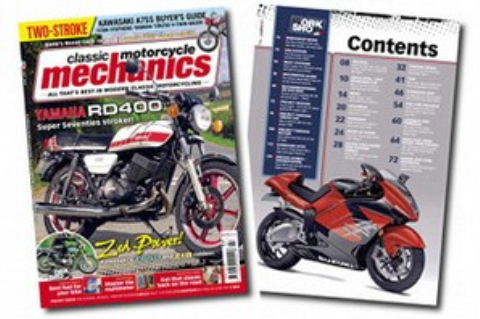 Classic Motorcycle Mechanics on sale - July 2014
Yamaha RD400 review - super seventies stroker! Plus Kawasaki Z650 and Yamaha TZR250 V-twin reviews and all the usual regulars and workshop features. On sale now!
News - Web editor
Lampkin finishes off-road charity run
Graham Lampkin has completed his off-road (mostly) charity run to Lerwick and back. He took the off road routes for most of the journey, with the aim of raising funds for cancer research…
News - Web editor
Download the Classic Bike Hub app