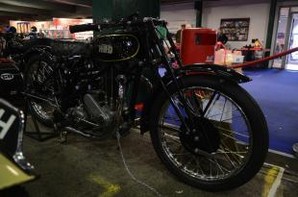 Entered by David Critchlow, this bike features a 350 cc J.A.P racing engine, Druid racing forks, adjustable friction dampers and a Burman four-speed gearbox. This is a creature that was built for speed. It is also equipped with a 2.5 gallon petrol tank, a 7 inch Royal Enfield hub in the front and a 7 inch Horton hub in the rear.

The motorcycle, though built in 1931, dissappeared for a number of years before it resurfaced in 1946 when it was first registered for the road.

Its racing days were probably in and around the 1930’s, but most of the bikes history (before David acquired it in 1966) is not known. 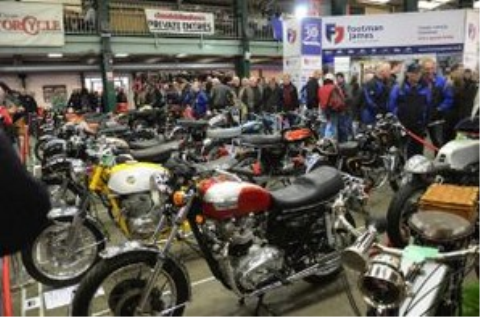 Stafford prize winners
The 34th Carole Nash International Classic MotorCycle Show is over for another year, and that means we have another batch of winners for you!
News - Paula Withers, images Leanne Mandall
Spectacular Cotton Dart at Stafford
This spectacular 1923 Cotton Dart was lovingly restored by Tony Trueman who (after spending most of his easter holidays holed up in his garage) has brought it to Stafford this weekend...
News - Michael Barraclough, images Joe Dick
Coventry-Eagle Soars at Stafford
Perhaps the most inconic of the Coventry-Eagle motorcycles is the Flying Eight, and this remarkable 1925 specimen entered by Peter Lancaster is as pretty as it is rare.
News - Words: Michael Barraclough | Images: Joe Dick
Download the Classic Bike Hub app