The fluid and volatile world of dirt bikes is food for thought as the editor looks back 56 years as Dougie Lampkin equals Gordon Jackson’s one mark win. 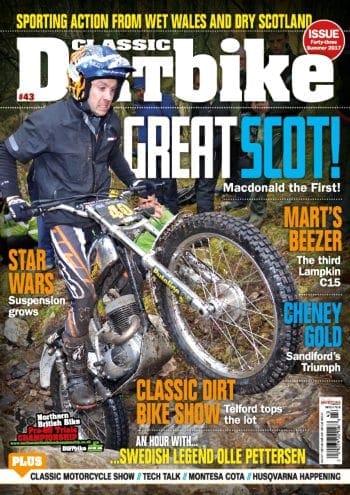 Our regular look at what’s happening in the off-road world, events to go to, series updates.

Sometimes a bike just manages to survive in an untouched state as events surrounding the owner mean they don’t use it in anger – such is this 310 Cota.

…a sidecar trials bike in your life, yes you do, you may not realise it but you do and this is where we tell you why. Feel free to disagree.

As CDB is subscription only in the UK you’ve either subscribed, nicked a mate’s copy or seen us at a show. If it’s one of the latter two… subscribe here.

More from the all encompassing eye of one of the off-road world’s most senior journalists, always thought-provoking, always interesting… what says you?

An arch scrambles enthusiast suddenly notices some off-road riders go slower than others and don’t put their feet down as much, it’s called trials riding Ian.

What’re you talking about in the CDB world? All sorts of things as it happens, bring it on we say.

It’s 1972, the Japanese have arrived and MX is shooting up a gear. Roger DeCoster is in the ascendency at Suzuki and showing he’s a winner.

…or one of them at least. Liston Bell won the Pre-65 part of our classic scrambles championship, John McCrink went to see him.

A slight tweak to our archive bit this issue as Norm DeWitt went Husqvarna crazy and infected us too, great meet, great bikes.

For years scramblers had only a few inches of suspension travel at either end of their bikes… then came long travel and the world moved on.

Youngest of the Lampkin brothers, Martin began his competition career in 1967 on a C15 similar to those used by his elder siblings Arthur and Alan.

From a gaggle of SWMs in Wales, through the best of Stafford show to the ultimate Pre-65 trial in Scotland… CDB is out there.

We were at Telford with the best of the classic, twinshock and Evo world on display, with bits and bobs and bikes and blokes too, oh and a dinner as well.

Assembly progresses as a problem is solved and more information comes the editor’s way.

Got something to help the off-road world go faster, keep their feet up longer or remain more on time in an enduro? Tell us, we’ll put it in this bit.

We know your bike should be reliable before starting the event but what happens if there’s an incident? That’s when you need your ‘on bike’ tools.

For more than 30 years it has been the aim of a Scottish rider to win the Pre-65 Scottish. It nearly happened last year but Gary Macdonald has done it in 2017. The lad from Kinlochleven kept his cool and took the top spot. CDB were on hand to get his Bantam for a feature – see the next issue.

Take a selection of Eighties SWMs, a bunch of riders determined to enjoy them and some dampish scenery in Wales… yes it’s the Old Knobblies on tour. See our sport feature for more. 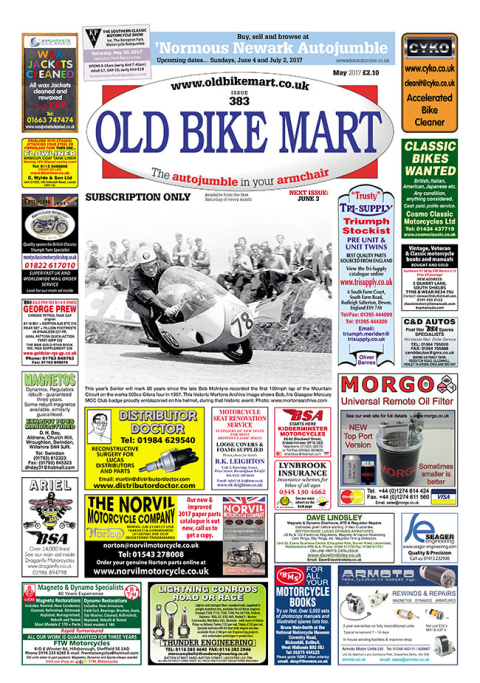 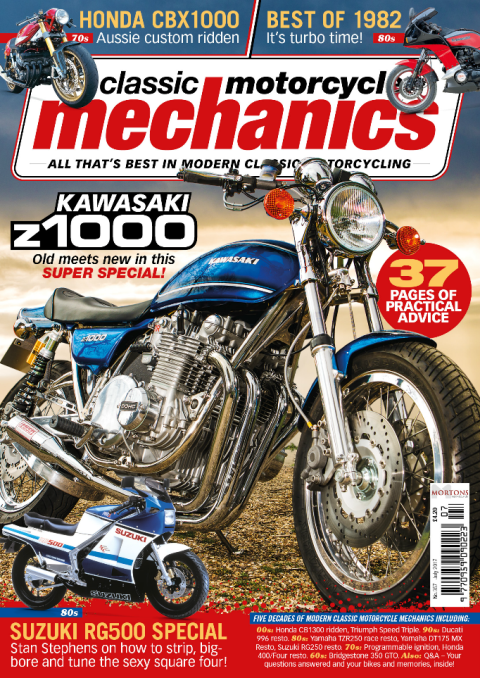 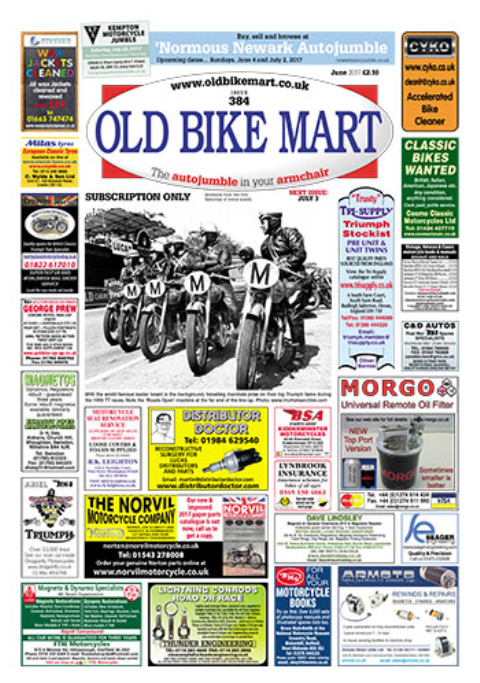 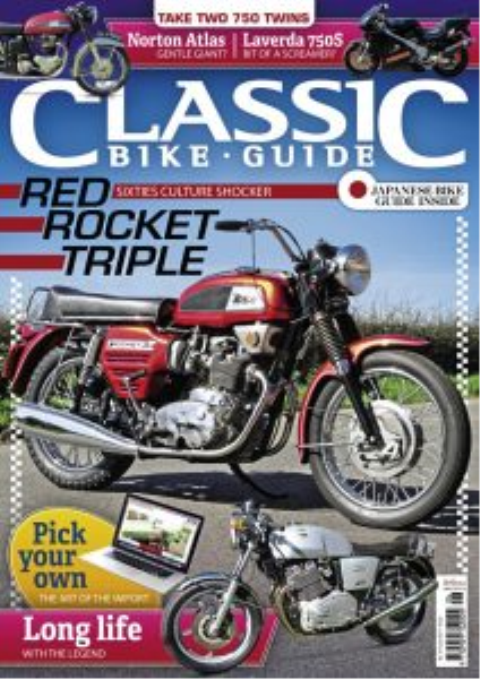 June 2017
RIDING LIFE  News, much of it new. New models of old marques and trade rumours and a new seat for Guzzis! SUBSCRIBE!  Save a little money, get the magazine a little early. Thrills beyond dreams.
Latest Issue - Nigel Devereux
Download the Classic Bike Hub app