Benelli 1917- Italy
The six Benelli brothers, with help from their mother, Teresa, established an engineering firm in Pesaro in 1911. A 75cc two-stroke, clip-on motorcycle was designed in 1917, which had grown to 98cc by the time production started two years later. The first complete motorcycles were built in 1921. Antonio (Tonino) Benelli led the factory into racing while road going production comprised superbly built two and four stroke lightweights.

As well as many Italian national race wins Benelli gained international acclaim with a one-two-three placing in theItalian GP at Monza followed by Ted Mellors’ victory in the 1939 Lightweight IOM TT. The pre-WWII dohc racing single engine formed the basis of many post-war roadster models. Benelli continued to follow an erratic road racing career. Dario Ambrosini won the 1950 Lightweight TT and the season’s 250cc world championship but was killed a year later while practising for the French GP.

Despite the destruction of the factory during WWII, the business kept afloat and full scale production restarted in 1949, the year G Benelli left to form the Motobi plant, which was eventually re-absorbed into Benelli in 1962. Throughout the Fifties and much of the Sixties, Benelli marketed a range of excellent two-stroke lightweights and four strokes including the 125cc two-stroke Leoncino and 250cc twin cylinder four-stroke Leonessa. Racing interest was revived with a brief foray into the GP world in 1959 with Geoff Duke and Dickie Dale and the many successes of Tarquinio Provini, Renzo Pasolini and Australian Kel Carruthers who won the 250cc World Championship on the exotic 250/four. 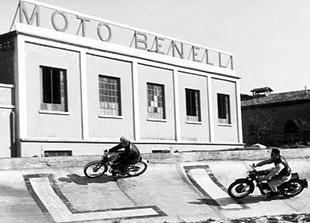 Despite exporting machines often built to order for overseas buyers and the launch of the parallel twin 643cc Tornado, sales had dwindled by 1971 and Benelli was bought by Argentinean automotive entrepreneur Alejandro De Tomaso. The Tornado was re-styled and a range of new two-stroke lightweights were soon on offer. The car oriented De Tomaso regime oversaw the introduction of the attractive multi cylinder models including the 231cc Quattro and the exotic six cylinder 750/900 Sei. By 1987 production of four-stroke motorcycles had stopped and the name was kept alive by with range of scooters, mopeds and 125cc lightweights.

Benelli faded and by 1989 only the name survived, which was bought by Pesaro businessman Giancarlo Seici. With the guidance of Andrea Merloni and serious investment, the company began building Minarelli and Yamaha powered scooters and launched their first new superbike, the 900cc Tornado, in 1999.

Although many spares can be sourced for four and six cylinder Benellis, repairs are expensive. Carburettor tuning on the Sei range must be accurate for serious long term imbalance has been known to break crankshafts. If you don’t like high revs, the six isn’t the machine for you. 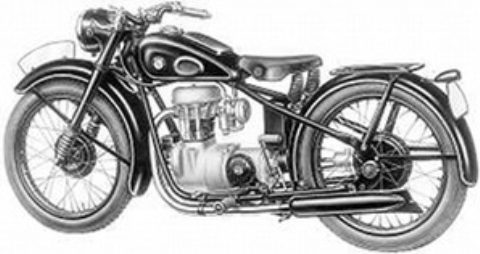