Up until quite recently I believed that my old bikes were perfectly suitable for day-to-day travel, just as they had been when they were new. 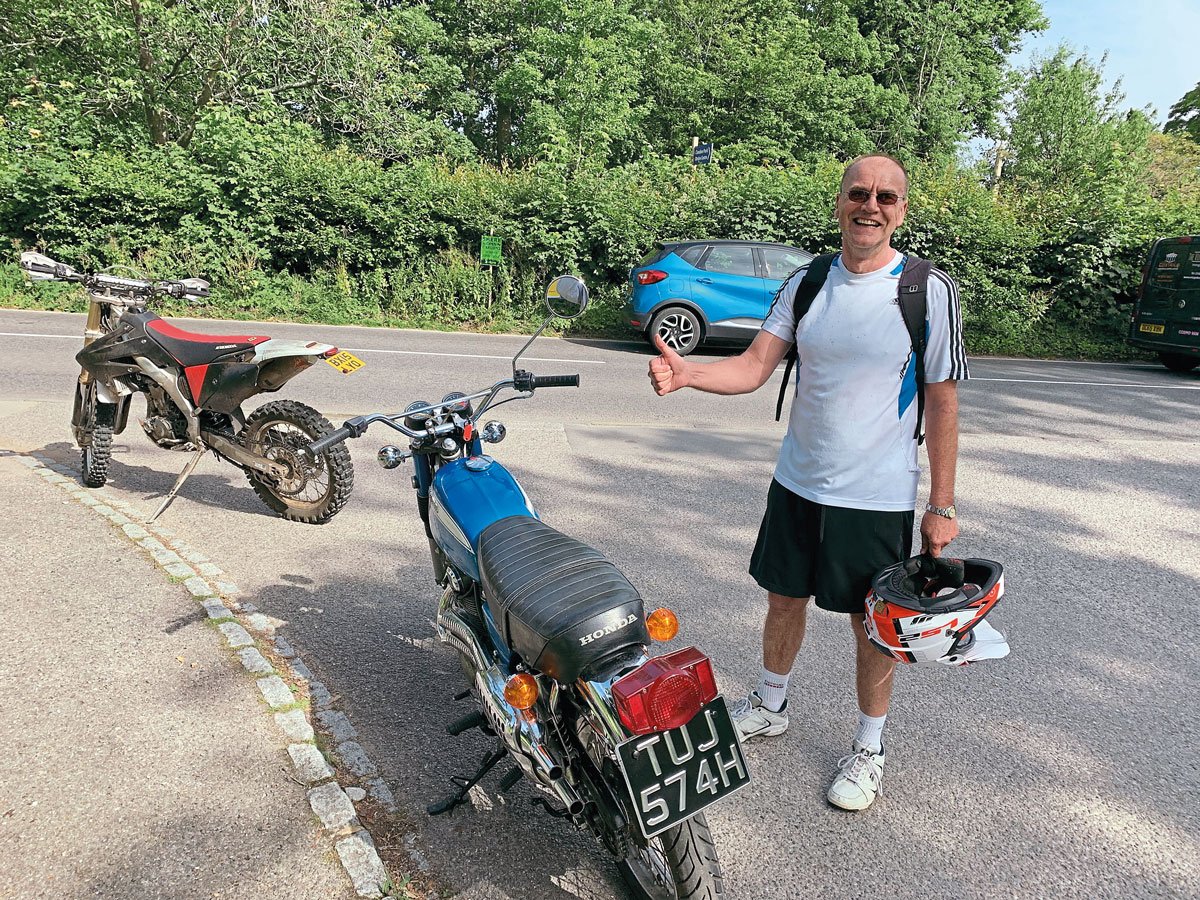 Unfortunately, that took a bit of a knock when five of them proved to be rather unreliable as it turned out. The first issue was with the Honda CL350. I was returning home after a ride and the engine started to die. This was not unexpected as I knew the fuel level was a bit low so I turned the fuel tap round to reserve.

I was not in the best place at a busy traffic light junction in three lanes of traffic, but I knew the engine would pick up in a few seconds. Except it would not go again. Motorists where I live are incredibly impatient and aggressive, and having to literally run out of their way round the junction pushing a dead bike was a bit stressful.

I had checked that the reserve position did work as soon as I first used the bike on the road so I could discount the petrol supply. Maybe it was an ignition fault? But that was unlikely as it consists of what amounts to two separate systems with separate contact breakers and coils, so back to the fuel supply. The fuel level was a bit low, but removing a fuel pipe from the tap showed a flow of… nothing, either on main or reserve. Evidently, the main supply had been okay but reserve was not working. A quick fix might have been to lean the bike over to get a bit of fuel down the main supply pipe but it just would not work, so I started pushing.

The next petrol station was about two miles away but a guy on a bicycle stopped to offer some assistance. It turned out that he was a motorcyclist and he kindly offered to go home to bring back his motor mower petrol tank. And here he is: step forward Andy (Photo 1). Just putting in a couple of litres covered the main supply feed and, of course, my bike was back in business.

What went wrong? As expected, the reserve supply was blocked at the tap. In Photo 2 we see the top view, with the main supply pipe directed towards the camera and the reserve supply consisting of a hole next to it. The latter is meant to be a strainer and, of course, that is meant to prevent this sort of thing from occurring.

A few days later, the CB750 started to lose power just a couple of miles away so I switched to reserve, but once again it ground to a halt. Could this be somehow related? This time, after leaving it for a couple of minutes, the engine would start so I could get back home and strangely, it picked up and was running fine as I came to a halt. Once again I checked the fuel tap and can you see something white in there (Photo 3).

Here is another shot after the mystery substance was removed (Photo 4). Delving around the bottom of the (empty) tank with a stick capped with Blu-Tac found this (Photo 5). It sank in that it was pieces of epoxy liner which had been broken off when I opened out the mounting holes for the tap. The tap worked fine on reserve at first but the particles gravitated towards the reserve supply right at the bottom of the tank and blocked it up. It was the same stuff that had blocked the CL350 tap. Okay, lesson learned and a very thorough wash out sorted out the problem (Photo 6).

Now the TX750. That had been a good starter, the strange thing being that it was never necessary to use the choke, but for the first start of the year it simply would not go at first. I did get it going eventually, except things had changed and it would only go on full choke. Taking the choke off or opening the throttle, even only slightly, made the engine stop, so the bike was unrideable.

It had to be a carburettor fault, but what? Fortunately, it is not too arduous to get the carbs off and here is what I saw (Photo 7). There are three pipes joining them: the lowest here shares the fuel supply from the two taps, in case one tap fails, apparently. The larger one at the back supplies the rich mixture from the choke (which is only fitted to one carb) to the other side. The third grey pipe does something else but I cannot work out what! Anyway, it does not look quite right as it seems to have developed a kink which was not there when it was fitted. Could it be blocked? I fitted a different stiffer pipe (Photo 8) and all was back to normal, I am glad to say.

Next was the TX500. This has proved to be pretty reliable over the past few years, but it suddenly started running on one cylinder, then it was okay, then it was not. This time the fuel flow was perfectly okay to both carbs so it had to be an electrical problem, and luckily I was able to test things in the period when it was not working properly. It is very difficult to fix faults when everything has decided to work, as you can appreciate. One plug was not sparking and it could have been the coil, but more likely the contact breaker for that cylinder. And so it proved. Photo 9 shows the part and, simply put, the pivoting arm was not moving because it had jammed. A little drop of WD-40 did nothing so I removed the arm and the pivot pin looked normal, so I checked that I could get a 4mm drill through the hole in the arm. No I could not, so a little work (Photo 10) produced a result (Photo 11) and as you can see some material was removed. It worked fine afterwards, but what caused the 4mm hole to decide to be 3.95mm is beyond me.

Finally, the BSA Bantam would not start one day and a glance showed that the carburettor was flooding with petrol during out. But wait a minute, it was coming out above the carb, so what was going on? This is what (Photo 12): the pipe had split. This was made from ‘ethanol-proof’ rubber (Photo 13), apparently.

As a result of this, and significant cracking of pipes on the other bikes, I have started a programme of changing fuel pipes over to ones which actually are ethanol-proof. They need to be made from a material called Viton. I was using this type of pipe (Photo 14) which is rather thin-walled and consequently kinks too easily, so now I have bought thicker stuff. 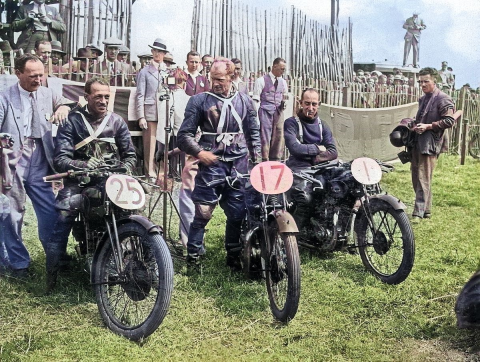 Adding colour
Thanks to a software programme update, we are now able to colourise pictures, pretty much with the click of a button. The results are, we think, rather extraordinary.
Features - 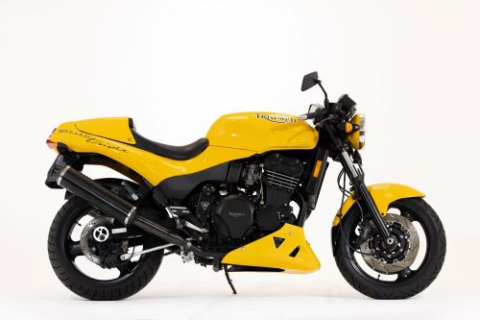 Top 10 Triumphs
In the December 2022 edition of The Classic MotorCycle, we’ve a feature on 10 notable Triumphs from the National Motorcycle Museum, the story produced in collaboration with Motorcycle Live!, the annual NEC, Birmingham, show, this year held over November 19-27.
Features - 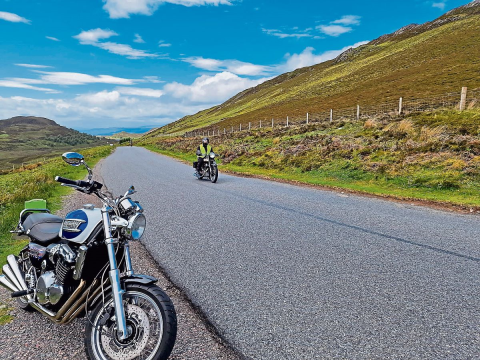 The 39th Loch Ness Rally
One of the most keenly anticipated events of the summer in the Scottish Highlands is the Highland Classic Motorcycle Club’s Loch Ness Rally and we are delighted that the club’s membership secretary Dode Fraser was there with his camera.
Features - Alex Bestwick 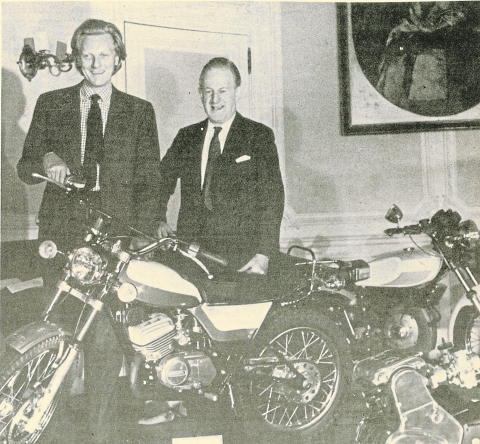 Death throes of a once-great industry
Looking back at his Motor Cycle years during the mid-1970s, Pete Kelly recalls the drawn-out saga of Norton Villiers Triumph and the Meriden workers’ co-operative along with a few more memorable tales.
Features - Alex Bestwick
Download the Classic Bike Hub app