From the archive: Miss Porter and her Sloper

This intrepid lady rider had visited the site of what was ultimately a flawed attempt at setting a world speed record. 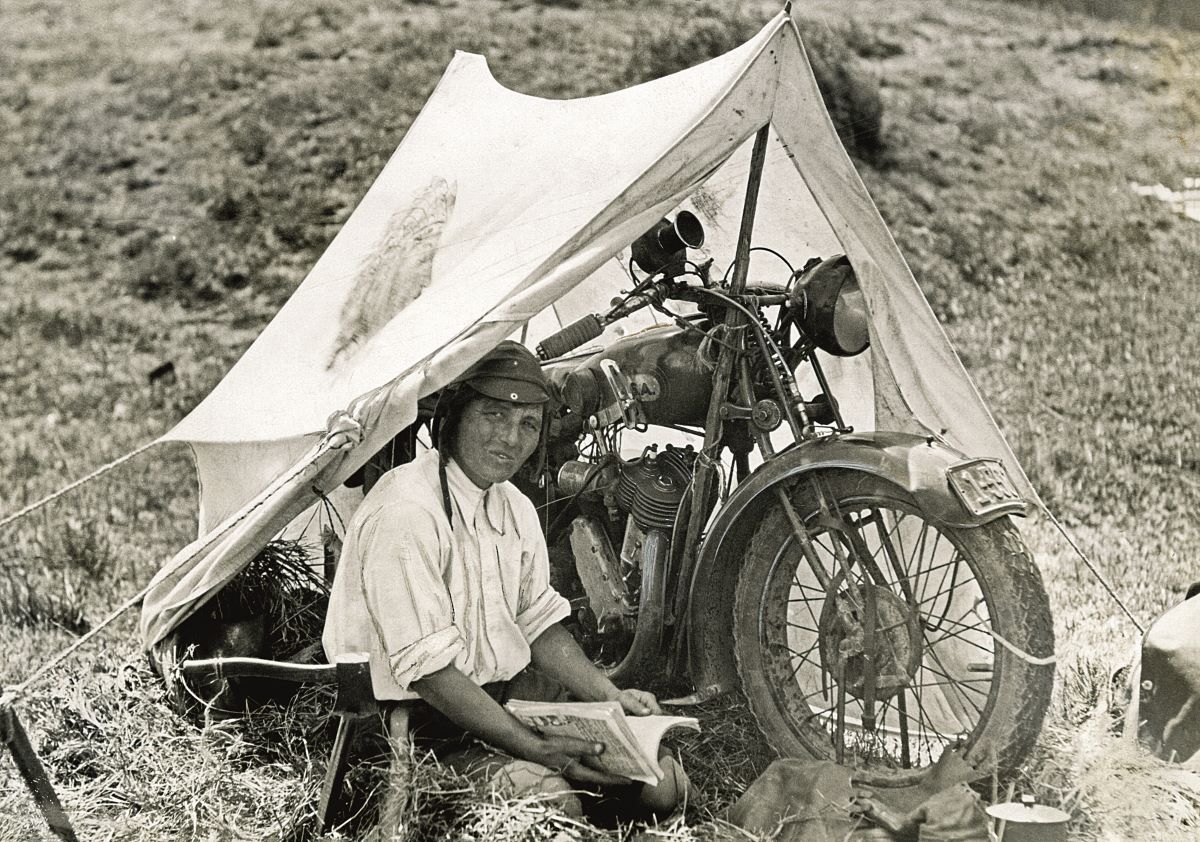 This rather wonderful photograph appeared in The Motor Cycle of February 25, 1932, with the caption: “There is nothing of the frail lady about Miss Violet Porter of Auckland, New Zealand, who has done over 30,000 miles of lone touring on her BSA since August, 1929. She recently rode 250 miles to see Wizard Smith’s record attempts at 90-mile Beach, and startled the mechanics by appearing shortly after dawn.”

Miss Porter’s motorcycle is a BSA Sloper, though it’s the more unusual side-valve (as opposed to overhead valve) version, available in two sizes, 493cc (the same engine size of the ohv model) and also 556cc, achieved by boring a larger hole in the cylinder barrel and fitting an appropriate piston, 85mm as opposed to 80mm – the (already long) 98mm stroke remained the same.

It’s pretty much impossible to tell which size the one pictured is, though it does look to be a ‘colonial’ model, more generously mudguarded than standard, while there’s an air filter too, unheard of on the home market in those days. The Beezer’s duplex frame has come in handy too, with the splayed front tubes allowing the one this side to have the tent pole lashed to it.

The BSA Sloper was one of those iconic models, a machine which changed motorcycling and although it was launched in August 1926, it could be argued it was the first 1930s motorcycle – its styling certainly set the new trend, while features like a fully circulating oil system became the standard to which others were expected to conform as well.

There was also car-practice involved in its design, with, for example, wide tappet feet which ran on wide, gently profiled cams, helping the engine remain quiet. There was also an oil sump cast into the crankcase. That these motorcar-esq features were present should be of no real surprise, as designer was Harold Briggs, who’d moved over from Daimler. He and engineer Freddie Hulse were responsible for the striking newcomer.

The other feature which found favour with many, and which perhaps influenced Miss Porter’s choice, was that, at just 25 inches, the Sloper was possessed of a remarkably low seat height, though the saddle could be raised for those longer of leg. Miss Porter’s choice of the side-valve model would’ve seemed to be justified too, given the mileages she’d covered. Her machine would carry a H designation, followed by the year then either 8 or 10 if it was of 556cc, or an S with either a 7 or 9 if of 493cc.

What and who, though, had provoked her to ride the 250 miles? Wizard Smith was Norman Leslie Smith, Australia’s then foremost racing driver and, in the early part of 1932, embarked on what was a fascinating, albeit fairly ruinous, attempt to challenge for the Land Speed Record (LSR).

Born in Sydney in 1890, after serving in the First World War as a driver, he embarked on a racing career and soon dominated the Australian racing scene, his prowess leading to his nickname. He also established various Australian distance records before, in 1928, deciding on building a car to attempt the LSR. The world record then stood at 207.552mph and, not wanting to get ahead of himself, Wizard decided to first attempt Australian records, with a first car, before building another to ultimately tackle the outright best.

The first car – built in league with several cohorts, chief among them Don Harkness, a fellow racer – featured a V12 Rolls-Royce aero engine, bought from the Australian air force, in a modified Cadillac chassis. Named Anzac, a tribute to the Australian and New Zealand Army Corps, the car established a new Australian record at 128.571mph in 1929, before taking it to New Zealand and heading to 90-mile beach, actually 55 miles long and at the north end of New Zealand, near Kaitaia. Here, the car achieved a 10-mile world speed record of 148.637mph, though it wasn’t officially recognised, it was later revealed. But Smith and Harkness had another goal in mind anyway – the ultimate land speed record, which was by being fiercely competed for by the likes of Malcolm Campbell, Henry Seagrave and ex-motorcycle racer and future Ambassador manufacturer Kaye Don.

The attempt Miss Porter had gone to see was with the bizarrely named Fred H Stewart Enterprise, named after its benefactor, a businessman and politician. Powered by a Napier Lion engine (apparently loaned by the British Air Ministry, with a deposit of £5000) it resembled Seagrave’s Golden Arrow, then the LSR holder, at 231.362mph. It was hoped to add 50mph to that speed, though in the meantime Campbell upped the speed to 245mph too.

But the project was floundering – Smith and Harkness fell out, and by the time of the early 1932 LSR attempt, the wheels had really started to come off. The best Smith could manage was around 35mph shy of Campbell’s record. But Miss Porter and her trusty BSA would’ve been there to see what must’ve been some spectacle. 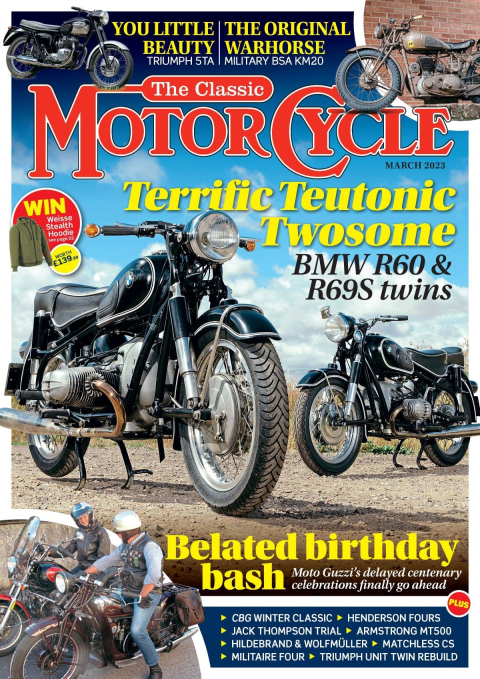 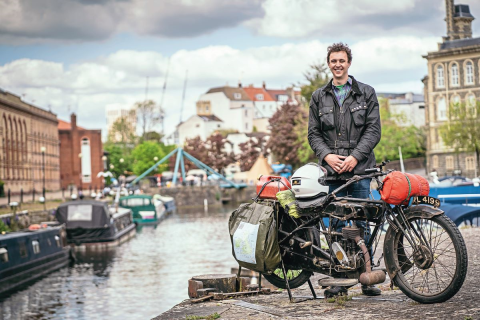 Saving lives with a Sunbeam
Meet Harry, on the road helping to save lives
Features - 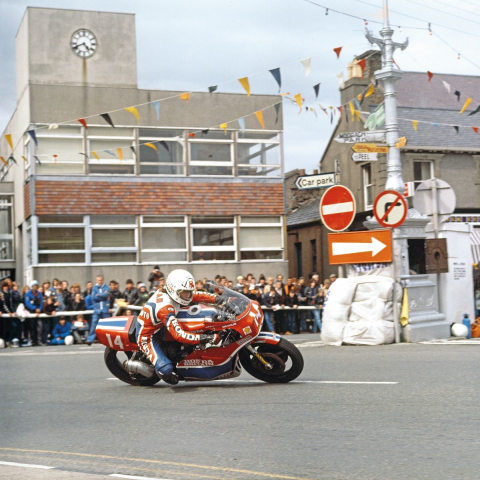 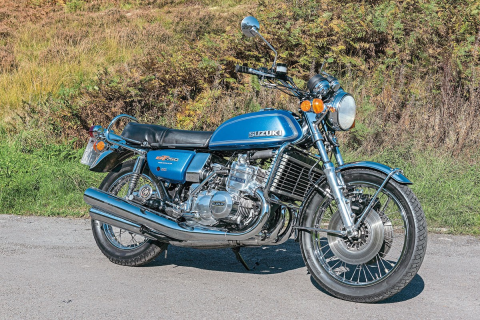 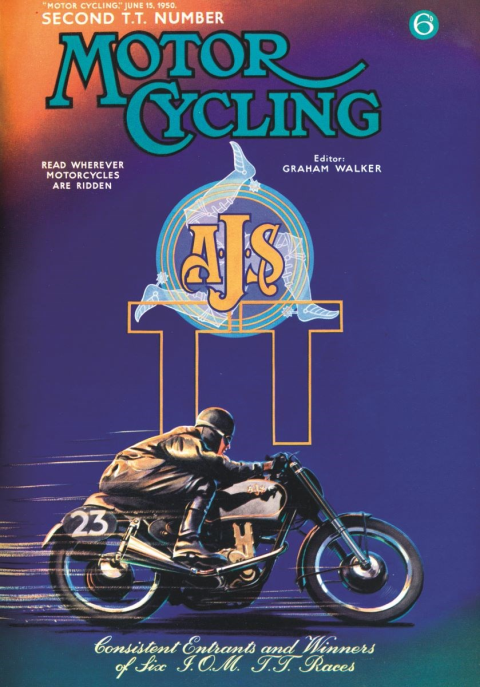 Blast from the Past - AMC Anorak 20 - Playing in the Dirt
If you want to ride your classic bike roughshod, then you simply can’t beat the real thing! Frank Westworth’s been playing in the dirt…
Features -
Download the Classic Bike Hub app